An Indy series on the bands behind the upcoming show posters

Patrick Molloy and the Manifest is a product of the musical manifestation of Patrick Molloy’s solo acoustic projects. No longer alone on the stage, the singer from St. Shott’s is now thriving with a proper band and fully formed sound.

The Manifest reads like a provincial map combining Molloy with new guy Chris Kearsey (guitar/back-up vocals), Norris Arm’s Mike Kirby (bass/vocals) and town’s Mark Cumby (drums).  The guys describe their sound with any number of variations on the word rock (space, art, indie, psych and revolution to name a few) but are adamant that their feet firmly be grounded in rock and roll no matter what precedes the phrase.

The guys met at random through the city’s obvious meeting spots new and old: Facebook and the Spur respectively. The Manifest, a result of the carousel of moving musicians from indie incarnation to indie incarnation, has had/has toes in a variety of musical outfits including Paradigm, The Need, Planet Haze, Park, Saint Street, The Wanks, Elder, Nemesis, Disorder, Kings of Heart and a few yet untitled combinations.

This particular rock cartel officially started playing together roughly a year ago (with the exception of Kearsey) and Molloy feels that this is the best version thus far with a more complete sound. An album released in May of 2009 included three of the current band members and the band continues to promote this release though all eyes are focused on the completion of Kirby’s studio in the coming months.

Patrick Molloy and the Manifest’s current concoction of musicians have been privy to a lyrical explosion with close to a dozen new tunes in the works. Though it will likely be another year before the band releases their second full-length album, fans may get a taste of what’s to come at live shows until that time.

From the Pepsi Centre to the Ship Inn

The band can be caught at any number of venues around town and beyond. A gig at Corner Brook’s Pepsi Centre during 2010’s Spring Fling allowed them to meet a number of other artists and experience a little “full on rock-star treatment,” though the Ship Inn on Duckworth is where they can frequently be heard.

New tunes, including the increasingly popular Greet You, have been inspiring the crowds to the floor getting the people out of their chairs. This is an evolution from the darker vibe of the first album with a more gritty and upbeat sound. Molloy contributes this evolution to the collaborative instincts of the group and is excited about the direction the music has taken. Keep all ears open for a little ditty concerning trips to the hallucination-inducing Fraggle Rock.

Patrick Molloy and the Manifest will continue to explore opportunities to showcase their sound, though the main focus (without hesitation) is to keep writing great songs and making great records. In the meantime, they will be holding down proper nine to five jobs, raising kids and playing with radars.

You can catch Patrick Molloy and the Manifest Feb. 25 (tonight) at the Fat Cat on George Street in St. John’s. For more information you can visit their website.

Listen to “Wake Me” here.

Public Advisory: residents and communities urged to prepare for impending weather
Numerous snowfall, rainfall and wind warnings for the coastal areas of the province. 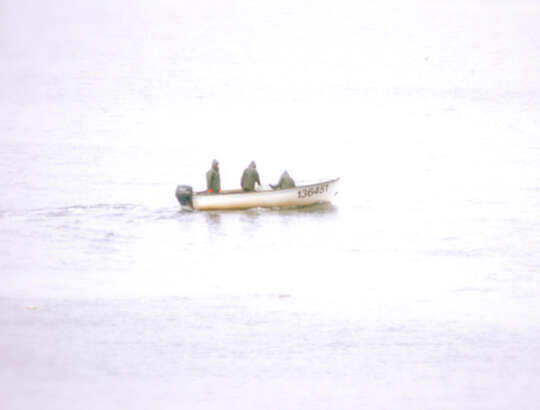 Update: FFAW responds to MOU document
McCurdy uncertain of the bearing the Report will have on the fishery