Megan Coles takes a look at who’s playing this weekend and what their story is – in this second installment, she chats with The Subtitles

The Subtitles was born when a self-taught language buff named Boobi started playing acoustic around the city of legends with a songwriter yet to purchase an iPod. Mix in a temporary property management job with a random ginger (mistaken for Asian as a result of her surname) and you’ve got yourself a four-piece comfortable in their skin and their sound.

Darren “Boobi” Browne (bass), Kirk Penney (lead vocals/guitar), Bryan Power (vocals/drums) and Rebecca Cohoe (vocals/keys) make up the retro-pop group playing all over the capital and beyond. The band spawned from an acoustic project of Browne and Penney’s and quickly aged through the 50s and 60s vibe before landing firmly in their energetic teens, somewhere around 1981 (a fine year). Songs already written by Penney for the original twosome were then expanded and modified to meet the band’s new, larger, electric sound.

“When I joined the band I never ever played drums so I listened to drummers.” –Bryan Power

From there Penney concentrated on writing songs specifically for the band’s strengths and this led to the cohesive, organically fostered sound of today. Songwriting influences include Neil Young and Lenard Cohen, though Penney admits freely that he isn’t as into music as Power and Cohoe. The voracious reader and talk-radio listener comes by his current knowledge through musical osmosis — though all agree on a shared appreciation of the band The National.

“[The National] reminds me of Joy Division but only better,” says Penney.

Joy Division is an obvious influence of The Subtitles as Power confesses to listening to them as a means of boosting his confidence while he was familiarizing himself with the drum kit.

“When I joined the band I never ever played drums so I listened to drummers. I wouldn’t listened to Keith Moon and John Bonham, ’cause I didn’t know how to play like that. So I listened to Joy Division because I knew their history — he wasn’t a drummer but he still played a good beat. So I said, ‘Hey, I can do that’.”

The band wholeheartedly agrees that in terms of challenges they face, geography presents the most constant problem as travel costs to and from the island are staggering. Regardless, The Subtitles have been steadily building a fan base, and reaching wider audiences, since playing their first gig at The Rose and Thistle three years ago.

They have played the North by Northeast festival and the Atlantic Film Festival. Plus, they’re currently nominated for an ECMA, just a year after playing their showcase.

You can catch The Subtitles at the Ship tonight (March 4th) and The Rock House tomorrow night (March 5th), two of the band’s favourite local venues for their atmosphere and ample stage space respectively.

Cohoe also enjoys playing outside of the bar scene in non-traditional music venues.

“The cool thing about that is you don’t get the crowd that goes to this bar or that bar. You get this crazy mix of people,” says Cohoe.

You can currently catch The Subtitles on OzFM or online. They’re also on Facebook and their first album Mea Culpa can be purchased at shows, on iTunes or at Fred’s Records in St. John’s.

[audio:http://localhost:9000/wp-content/uploads/2011/03/the-Subtitles-Your-Parade.mp3]Music sample: The Subtitles – Your Parade

Labrador mayor warns hydro project will be a strain 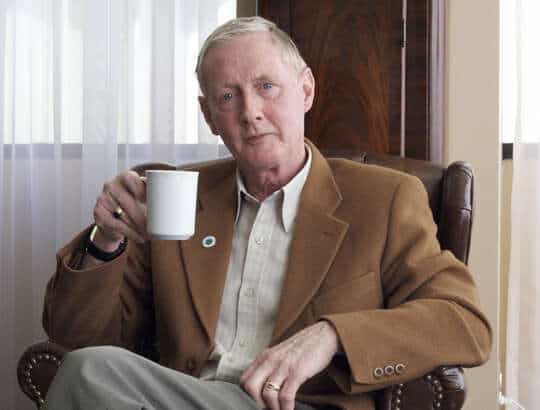