Nick Ferrio & His Feelings are pushing the envelope with a debut album that infuses 50s-style honky tonk with contemporary lyrical observations of relationships, murder trials and life on the road in a traveling band. They’ve made landfall and are here for a four-day tour of the Island.

Nick Ferrio’s got a lot of feelings. And he likes to cultivate them, take them into the studio and on the road. In fact, they’re crossing the Island right now.

The Peterborough-based singer-songwriter and country-folk musician is no stranger to Newfoundland; he’s visited a number of times in recent years with various musical projects, including The Burning Hell and The Kindness Killers. This time he’s bringing his own band and their debut self-titled album for a short tour of the island, which kicks off tonight in Corner Brook before continuing on to St. John’s and Port Rexton.

Ferrio’s new project might be of interest to country music listeners who find themselves conflicted over where the genre’s roots have grown, or over the disconnect between their own life experience and the lyrical substance of today’s ‘hot country’.

Country, with a modern ‘twang’

“I’ve always been writing songs that are in the vein of country music or folk music,” Ferrio explains on the phone. “I grew up listening to that stuff, but also to punk rock and 90s rap and hip hop, which seems to be like most Ontario kids,” he laughs.

“I first remember hearing people like Hank Williams, Lefty Frizzell and George Jones, and then hearing people like Willie Nelson and Waylon Jennings and Towns Van Zandt. The first time I heard Hank I was cutting lawns with this guy, and he was driving an old pickup truck and he turned up a song that came on the radio … and it blew me away. It sounded like an atom bomb had gone off in my head or something — it was a revelation.

“And I played in a lot of different bands, but I always found country music to be really exciting and really interesting, especially the songwriting in the 60s and 70s. I find it to be some of the best songwriting. And that’s what draws me to music in the first place — the lyrical component.

Over the years Ferrio has played in his fair share of touring bands, including the now-St. John’s-based group The Burning Hell, which just spent the summer touring Europe, recording an album and breaking a world record after playing 10 shows in 10 countries in 24 hours. But it’s that time on the road that inspired Ferrio’s own creative output, which just happened to emerge in the form of twangy ballads with a heavy second generation country music influence.

“I worked on these songs two summers ago on tour with The Burning Hell … (and) before the show or after the show I’d be working on my own stuff with the goal of coming home and putting together a band,” he recalls. “I had the people I wanted to be playing with in mind. And it’s not so much a project with a backup band; it actually functions like a real band would.”

“Kolnischer Park” was penned in Germany on that 2011 tour and recounts a Berlin city park where two large, captive bears are on display a pen: “I just brought my little guitar down there and hung out with the bears for the afternoon,” says Ferrio. “And while I was there some kids kicked the soccer ball over the wall and the bears ripped it to shreds. It was kind of wild to see these giant creatures that are so strong and powerful be tamed in this space, and then once they had the opportunity to show off how ferocious they could be they destroyed the soccer ball in seconds, and that inspired me to write the song right there.”

Musically, “Always Searching” sounds like old classic country number, but with lyrics that shatter the boundaries of what a country music song is — even today. A love and longing song through and through, it’s romantic lyrics culminate in Ferrio passionately singing at the end, “You want to hear me say that I want to f–k you.” “It’s about when you’re touring in a van with your band mates and have been away from the person you love, and you want to talk to them about things that you usually don’t talk about in front of groups of your friends in an open way, but you kind of have to talk,” he explains. “I remember driving in the van and wanting to say ‘I miss you’ and whatever else, but the band was sort of all eavesdropping because there’s nothing else to do in the van and it’s dead silence, right? So I was thinking that through and taking it to its ends I guess,” he laughs.

“The Trial of Mary Harshbarger” recalls — well, the trial of Mary Harshbarger, the American woman who shot her husband while on a hunting trip in Central Newfoundland in 2006. Harshbarger’s trial was underway when Ferrio visited Newfoundland on tour in 2009. “It was dominating the radio as we slowly made our way across the island,” he recalls. “Everyday they would update what was going on with the trial, the same way they did with the O.J. Simpson trial years ago, and people were really excited. We’d pull into a gas station and you’d be waiting in line to pay for your gas and the person behind you would say, ‘Have you heard about Mary Harshbarger? What’s happening today?’ And I became very interested in it and the song just sort of wrote itself. I literally took quotes from the trial as they were repeated to me from CBC radio, and once the trial was over I looked up the trial transcripts and pulled some quotes from (them).

“A lot of people think when they hear it that I’m passing judgement on Harsbarger, but I’m not. I’m interested in seeing what people think — I kind of wanted to write a trial song that let’s the audience be the jury.”

On the whole, Ferrio says he and the band are trying to write songs “that at once sound like classic country — what our great grandparents might have listened to, or in that tradition — but are doing something that’s contemporary and also speaking to a different sensibility.

“We’re living in a different world than the world that Hank Williams lived in, or the world that George Jones started his career in,” he says. “It’s a different place (but) I think that means (country music) still has a place, and I think good songwriting is always going to have a place in the world. I feel like with country music you have the opportunity to do a lot — the genre provides you with a lot.”

Nick Ferrio & His Feelings play The White Horse in Corner Brook Wednesday night, The Ship Pub and Inn of Olde in St. John’s Thursday and Friday, and Two Whales in Port Rexton Saturday. For more info, check out the band’s web site. 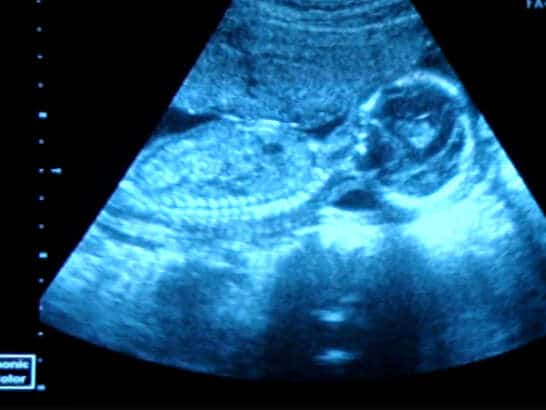 Getting ready for baby
Sometimes, we must find our own path

Northern Strategic Bland
I just spent a week in Kuujjuaq, Nunavik. I've always been jealous of their regional governance, but now have a new appreciation for our ability…