Chef and owner Mark McCrowe is thrilled with his workspace at Aqua Kitchen and Bar.

McCrowe studied to be a chef at the Pacific Institute of Culinary Arts in Vancouver, B.C. after high school. He chose to return home upon completing the year-long training program and served briefly as sous chef at the Pepper Mill, before finding his home at Aqua.

Initially, McCrowe worked under Aqua’s previous owner as an appetizer chef, though it wasn’t long before he made his way up to the top. He purchased the restaurant in October of 2008 and officially opened for business the following Valentine’s Day.

McCrowe says the possibilities are limitless, and he’s constantly looking for ways to improve the kitchen’s aesthetic appeal and overall efficiency. He recently installed a full-length shelf above the stove top area in order to increase available ledge space during service, and plans to paint a wall chocolate brown. The dual entryway is another efficient aspect of the space as it decreases congestion, thereby increasing mobility during busy dinner services. Servers can easily access the pass without interfering.

“I wouldn’t put anything on the menu that I wouldn’t want to go out and eat myself.”—Mark McCrowe

According to McCrowe, the workspace is very much a chef’s kitchen. Its open concept allows him to oversee all stations. Being able to observe the entirety of the kitchen lends itself to ensuring that everything going up to the pass is exactly as he would have it. McCrowe says the intimacy of the workspace is also very closely reflected in the restaurant’s personal menu.

“I wouldn’t put anything on the menu that I wouldn’t want to go out and eat myself.”

The menu, focusing on seafood and wild game (moose, caribou and duck, to name a few) is constantly evolving. The meticulously kept and widely visual workspace lends itself to this evolution as ingredients are in plain, reliable sight rather than tucked away behind cupboard doors. Everything has its place in McCrowe’s kitchen and that alone encourages culinary experimentation.

“It is a lot easier to work in a clean and organized kitchen,” McCrowe explains.

He often tests new recipes on his staff, which can lead to surprising results. The Lobster Poutine is an example of one such experiment. McCrowe and his then sous chef concocted the dish after a late night out on the town and its popularity amongst the restaurant’s patrons has established it as one of the signature entrees. 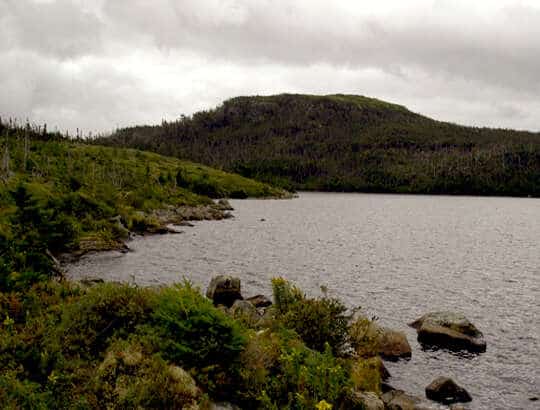