I went to the NL Budget Lockup to hear tales of a budget surplus in 2019.

Don’t get me wrong; budgets are normally big policy events. Not only do they chart the government’s fiscal plans for the upcoming year and update us on how things went the last one, they also usually involve a myriad of specific policy announcements across sectors. But as communication strategists become more and more important in all aspects of government, budgets have become more of a public relations medium than they once were. There has always been political spectacle on budget days: the finance minister’s new shoes, surprise funding for new paving and the like, but there has usually been an actual budget obscured by the government’s marketing efforts.

Budget 2019 in Newfoundland and Labrador takes the communications side of budget days to a new extreme. It’s a pre-election budget, which are usually long on goodies and short on plans. It’s also a budget that the government doesn’t apparently even plan to pass. The real financial plans, whatever they may be, won’t become clear until after the people have had their say in the imminent provincial election.

Does this sound familiar? Think back to 2015/2016. The Liberals campaigned on a platform promising to undo Conservative austerity measures, canceling the HST increase and avoiding public sector job losses. After a brief time in office they quickly introduced their own solutions to Newfoundland and Labrador’s chronic problems in Budget 2016—a bad news budget like no other. Job cuts were back on the table, the HST was (re)increased and there were a variety of other tax increases, including the widely beloved (read: universally hated) Temporary Deficit Reduction Levy.

Fast forward to today and it’s hard not to notice there is literally a campaign bus parked out behind East Block. “Budget 2019” was always going to be full of good news and plans for a better a future. Make no mistake: this is about re-electing the government, not looking for solutions to our problems.

Buried in the documents is a crueler reality that won’t become apparent until after the election.

Without a doubt the headline story in this budget is the government’s surprise return to surplus—a whopping $1.92 billion achieved through the miracle of public sector accrual accounting, in which 37 years of Hibernia Dividend money from the federal government is treated as a single year of revenue. There will be side-eye from some on whether that money should be treated in this way. While there may be many good reasons to count it like this, we shouldn’t pretend that anything under the surface has changed.

Likewise, the breathless backgrounders for media consumption are full of projections for increases in new spending going forward.  The budget promises $594 million in new investments as part of multi-year, multi-billion-dollar infrastructure plan. It promises new money for autism services, funding for new cancer medications, $60 million to make childcare more affordable, and lots of new money to study areas where government could subsidize industry to grow the economy. (Thanks, McKinsey!)

Much of the Budget Day activity also focused on the exciting new opportunities for expanding the resource sector. Oil and gas is an industry in its infancy, we are told. There’s nearly 50 billion barrels of oil out in our waters, desperate to be burned up into the atmosphere.

What the government gets from all this is clear. It’s great politics. They have a surplus (they promised one for this year back in 2015) and they have brought in a budget which will make all sorts of campaign spending announcements seem more plausible—we have already seen lots of that. Fire up the bus.

What the public gets is much less clear.

The reality is that Newfoundland and Labrador has big challenges, and this budget doesn’t address them. In real terms it ignores core policy problems: the horrible financial situation, the challenges of climate change and the bleak future for the oil and gas industry, endemic inequality, the gaping wound of Muskrat Falls—there is a long list. We need to talk about those things, and how our current policies are making them worse.

When asked about the prospects for an election victory, finance minister Tom Osborne made it clear that the budget should be seen in the context of the mess created by the former Conservative government and the challenges of Muskrat Falls. (Try not to think about the juicy irony of that particular argument coming from that particular ex-Tory.) His point seems to be that this is the best they can do given the circumstances.  This is a strange message when you are campaigning on a “good news budget.”

The problem for the government is that the truth of the province’s situation can still be found in Budget 2019.  After the one year surplus generated by the Hibernia Dividend, the province will quickly return to a large deficit in 2020 of $796 Million, largely due to the fact that even after the federal government’s financial rescue of the province, revenues will actually be lower in 2020 than they were in 2018.  And the size of future deficits will be conditional on what kinds of promises emerge in the election campaign. The government projects a surplus at some time in the future (everyone always does), but that won’t happen without serious attention to the government’s revenue problems or deeper public sector cuts—neither of which will be rolled out until Budget 2020.

“Red door, blue door” is not really relevant here. Whoever wins will be telling us things are ‘worse than they thought’ after the election.

Indeed, even the spending promises in Budget 2019 are ambiguous.  While the budget releases make promises of new spending there is actually little real new spending. The budget notes only about a $195 million in new spending, which is close to the total increase in spending from budget 2018.

For example, the total amount budgeted for the already announced promise to build a new correctional facility in St. John’s is $600,000 to “advance” the project. This budget offers little in the way of a plan as to how that penitentiary is actually going to be paid for. There is also no federal government support for the Muskrat Fall’s Rate Mitigation plan, another pre-election goody. This is a $200 million hole without a lot more explanation from the province.

The bottom line is that while the headline story is that this is a good news pre-election budget, the reality is much more challenging. Deficits will grow again next year. The money for things the government is promising isn’t there, and there is lots of scope for the Liberals to change their mind after the election.

I’ll be doing another piece on the pre-election state of the province’s “situation” after four years of Liberal government next week, so there will be more to say about the reality the Liberals’ record, and what we might be doing better.

In the meantime, we should expect something more serious from our governments. Budget 2019 is a pretty low point for “Budget Days as serious policy events.” Governments should pass their budgets before starting an election campaign. Budgets should be more transparent. But these are small things compared to the extent this government is going to avoid addressing the challenges of the future. 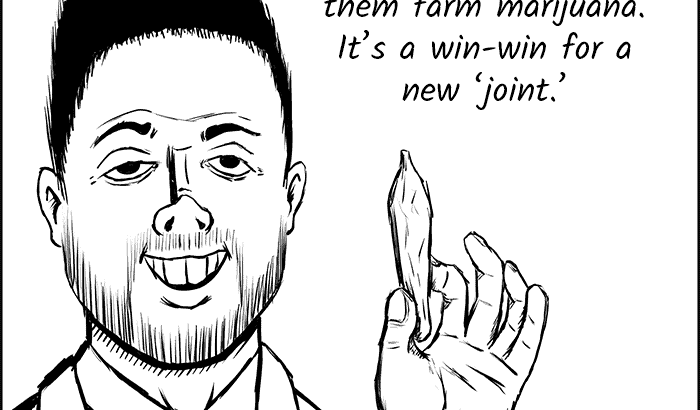 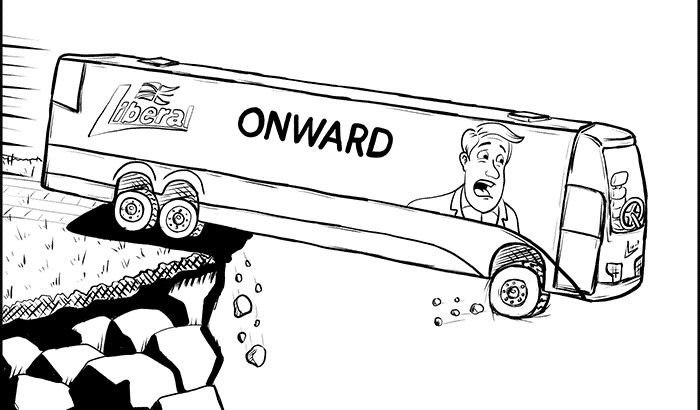