On Thursday a group of students at Memorial University’s Grenfell Campus in Corner Brook staged a theatrical demonstration conveying the urgency of the climate crisis and why it’s important action is taken to ensure at least 80 per cent of known fossil fuel reserves are left in the ground.

The seven-minute performance was carried out by Grenfell-based members of Divest MUN—a student organization leading an initiative to pressure Memorial University to join the growing worldwide fossil fuel divestment movement—and was filmed and posted online in time to coincide with the Feb. 13-14 Global Divestment Day of Action.

Divest MUN member Michaela Pye told The Independent on Thursday the group carried out their action a day early out of respect for the national Feb. 14 Women’s Memorial March and the Feb. 13 vigils in St. John’s and Happy Valley-Goose Bay for Loretta Saunders and all missing and murdered Aboriginal women in Canada.

The group has not yet submitted a divestment report to MUN, said Pye, and is still in the research and awareness-raising phase of its initiative.

“We’re still not at the point where we’re ready to submit a report to the university, but we are at a point where we want them to know we exist and we want to put the idea of divestment into people’s heads,” she explained. “We’re still in the research stages, and with MUN in St. John’s getting a group on the go we’re just really trying to make sure people understand what divestment is and why it’s important.”

But its demonstration Thursday was an important step for the local divestment group, said Pye. It was their first direct action and a display that Divest MUN is part of a bigger movement “that’s acting is solidarity,” she explained. “It’s not all these singular groups around the world — this is a global movement and there’s people everywhere who want and expect this change.

Pye said she expects the education institution she is attending to lead by example and do the right thing when it comes to taking action on climate change.

“When you look at MUN, it’s definitely the leader in research and in a lot of social movements that occur,” she said. “It’s a place of critical thought, and it’s a place where you expect them to be the leaders in a responsible future. So when you have something such as investing in fossil fuels, and you see all these negative impacts of investing in fossil fuels, it just kind of makes sense that you would expect the university to act as a leader and to act as somebody who would take the first step to remove themselves from fossil fuels in hopes that eventually we can find responsible investments and responsible ways of progressing our futures and our cultures, whether that’s through renewable energy or whatever it may be that we decide to move forward with.”

Last November Concordia University in Montreal became the first Canadian university to announce it would divest from fossil fuel companies, and on Wednesday faculty at University of British Columbia voted to support fossil fuel divestment at UBC.

Meanwhile, in Halifax students are continuing to push for Dalhousie University to divest its holdings in fossil fuel companies.

At the time of this article’s publication, around 40 student members of Divest Harvard were staging a sit-in outside the president’s office of the Ivy Leage school in Cambridge, Mass.

“I think it’s just the expectation of leadership from the university and moving forward in a productive manner,” Pye concluded, referring to how she hopes Memorial University will receive their request once Divest MUN has finished its report. 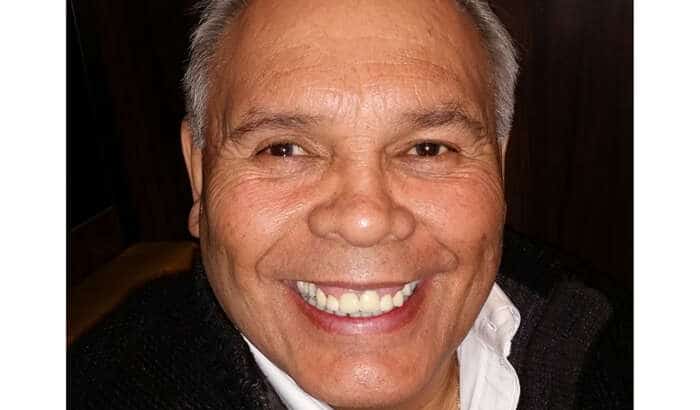 “You have to change your Ode to Newfoundland”: Mi’sel Joe
Speaking at a recent forum in Corner Brook on fracking and oil development in the Gulf of St. Lawrence, Miawpukek First Nation Chief Mi'sel Joe…

Indy columnist Leisha Sagan #GoIndy2015
"I want an Independent media for myself and for my children, to help them learn about the world through more than just one lens."