Last week was an active week on the campaign trail. The NDP, sitting at second place in the polls, released the post-secondary education plank of their platform. It builds on previous governments’ efforts to improve accessibility of post-secondary education, and would see the province convert the remaining ‘loan’ portion of provincial student loans into non-repayable grants over the next three years. Newfoundland and Labrador already leads the country in post-secondary education, and the NDP deserve credit for not proposing the government sit on its laurels, but continue setting new targets and goals for a province which is the envy of Canada. It’s a move that’s bound to resonate with voters: conveniently-timed release of a Harris-Decima poll conducted last month shows 84% of the province’s voters support having the provincial government boost its post-secondary funding until university and college in this province is free. While Ontario’s political parties battle over freezing tuition fees, Newfoundland and Labrador has surpassed Quebec in terms of accessibility and set its targets on matching European-style free education policies. As Nick Falvo recently wrote in the Progressive Economics Forum, “If Danny Williams shifted PSE affordability into turbo, Newfoundland and Labrador’s New Democrats are proposing to rock it into Mach 1.”

Liberals hit the highway, and the ocean

The Liberals are moving into action in a more aggressive way. They’ve now got 28 candidates nominated, and last week saw three main highlights, the most significant of which was the release of their Fisheries Policy. The policy, titled “Rediscovering Our Livelihood From the Sea”, includes a $250 million fund to help harvesters retire from the fishery and to help fishery-based communities diversify their economies; bolsters provincial Department of Fisheries and Aquaculture with $20 million to conduct a species inventory and the establishment of a scientific branch (rendered increasingly necessary by the ever increasing cuts to federal fisheries science under the federal Conservatives); establishment of a Seafood Marketing Council, re-establishment of a loan board for fishers, a Custodial Management working group, and various other emphatic commitments to regain more control over our fisheries from Ottawa.

In addition, the Liberals took time to bash highway conditions in the province (particularly the Bonavista Peninsula) and to criticize the pro-Muskrat Falls ‘Navigant Report’, the legitimacy of which they argued was undermined by the fact it was produced by consultants who have done work for Nalcor.

The PC’s are the first party to complete their full roster of 48 candidates. During the past week, Premier Kathy Dunderdale, apparently in the running for most athletic premier, participated in the Big Bike Ride for the Heart and Stroke Foundation. The week also featured a multiculturalism ceremony to highlight what the government described as the ongoing success of the provincial multiculturalism policy. And of course, last week was Sexual Assault Awareness Week in Newfoundland and Labrador. The government took a particularly active role this year; beyond signing the proclamation, government cabinet ministers were scheduled to speak at two of the province’s Take Back the Night rallies (Susan Sullivan in Grand-Falls Windsor, and Darin King in Grand Bank). Did the other parties have a presence at Take Back the Night events? Let’s hope so, but none of them took the time to post a press release about it. It’s natural to think that the presence of politicians at events like this – especially at election time – is simply a self-motivated gesture to try and get elected, and to a certain extent it probably is, but let’s not forget that the things a party and its candidates do, say and attend demonstrate what issues they consider to be important. Promoting multiculturalism and struggling to end sexual violence demonstrate that this province’s ‘Progressive Conservatives’ truly deserve the title, in stark contrast to their federal counterparts.

Danny keeps coming back to haunt

In less positive news, the feud between Premier Dunderdale and former Premier Danny Williams blew back into the media. How much of this feud was recycled and reignited by a media eager for controversy? It’s hard to say, but the catalyst was an interview with Williams about the controversy surrounding appointment of his former assistant to a position on the Canada-Newfoundland Offshore Petroleum Board (she resigned when the appointment became controversial). This occurred months ago – was it really necessary to dredge up again? Either way, Williams said his assistant was more capable than women in his cabinet, and this was interpreted (and blown up) by media as a dig against Dunderdale. Well, maybe it was or maybe it wasn’t intended as such, but to her credit Dunderdale and the government chose not to comment on the matter. Good call: it’s officially old news and the media could more usefully spend their time focusing on issues rather than personal spats. But the question lingers: will Williams’ lack of enthusiastic support for his successor mean they’ll lose votes from former supporters who were really more Williams supporters than PC Party supporters? That’s a question that’ll only be answered on election day.

Criticisms are cropping up

And what issues have cropped up that could impact parties and candidates? Firefighters have been doing an effective job this week drawing attention to the fact this province is the only one without presumptive cancer legislation for firefighters, who are exposed to smoke containing a wide range of carcinogens on a regular basis as part of their job.

Meanwhile over in Ontario, an interesting critique of the three main parties running in that province’s October 6 election might be of interest to voters and party strategists here. Michael Geist, a well-known media figure and Canada Research Chair in Internet and E-Commerce Law, criticized the three parties in that province for failing to develop digital policies as part of their campaign platforms. He notes that while a lot of people just assume the federal government has all the responsibility for copyright and digital access issues, in fact the provinces have jurisdiction over many areas of the digital economy which they’re simply not using effectively. For instance, provinces can pass consumer protection legislation to help control the practices of cellphone and wireless providers, as well as to counteract intrusive digital locks and other US-style copyright practices favoured by large corporations (and the federal Conservatives). Establishing universal broadband initiatives and free local wi-fi access is another area where provinces could take the initiative, if they so desired. Geist has called on the three parties in that province to come up with digital economy policies (focusing not just on jobs, but on public access and consumer protection). His call could well extend to this province too. 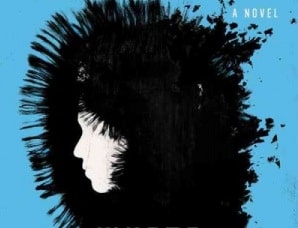 White Heat
So many details of life in the Arctic go in to the book, many more than one would typically find in a mystery novel.