Well, the official party platforms are out. The NDP released theirs on Tuesday, the PC’s on Thursday, and the Liberals on Friday. They’re too exhaustive to summarize here, but we encourage you to check them out. What’s perhaps most remarkable about them is how, if you put them all together, they actually make for a well-rounded provincial action plan. For instance, the NDP platform provides stronger details around social programs, whereas the PC platform provides stronger details on energy infrastructure and development. And on the things that matter – for instance, reducing cost of post-secondary education, measures to support local industry – all parties are remarkably similar. If the parties all started working together instead of competing against each other for seats, we’d have quite a provincial action plan indeed.

“If you put them all together, they actually make for a well-rounded provincial action plan.”

But election it is, and the trends we noted in previous weeks have continued. The latest poll comes from MQO Research, and shows the NDP continuing to rise, the Liberals starting to drop, and the PC’s sliding more slowly while still tenaciously clinging to a majority. It pegs the PC’s at 53 percent, the NDP at 29 percent, and the Liberals at 18 percent (the previous numbers – PCs: 54; NDP: 24; Libs: 22 – released two weeks earlier, were by a different polling agency).

Some randomly selected highlights of each of the party platforms:

The NDP have committed to introduce a system of core social programs to this province: a universal, public long term care program, a universal, public home care program, and a universal, public childcare and early learning program. This is in addition to last week’s announcement about full-day kindergarten and conversion of the provincial student loan program to non-repayable grants. As well, the NDP would reduce or eliminate a number of provincial fees and taxes (for instance reduce drivers’ license fees by a third, ambulance fees from $115 to $50, and eliminate the ‘tax on tax’ for gas and diesel), while compensating for the lost revenue by raising taxes on the oil companies. Their platform – neatly divided into five clear themes – also commits more money for seniors, increases to minimum wage, and reduction in small business tax.

The PC’s for their part have matched the NDP on post-secondary policy, committing to maintaining the tuition fee freeze for the next four years and – impressively – to eliminating the provincial portion of student loans and replacing them with an up-front needs based grant. With both NDP and PCs (and the trailing Liberals, although their commitment is a bit more vague on the timeframe) on the same track when it comes to reducing post-secondary education costs, students across the province are breathing heavy sighs of relief. The PC’s also commit to a range of fee and tax reductions (eliminating the payroll tax, for instance), and to a BUYNL program to encourage people to buy local (a theme echoed in other policy commitments). This is actually something very important folks, and not just in a feel-good way. Ever since Confederation, provincial governments from Smallwood to Peckford and beyond have focused on efforts to create export-based industrial mega-projects, and in so doing have ignored possibilities for building local import-export markets right here in the province. If this is a first step toward doing that – and building a local sustainable economy rather than one that’s at the mercy of volatile external markets – then this is a good thing. The PC’s also have a policy around food security for the province (so do the Liberals), and promoting local agriculture. Besides this, the prominent focus of their policy is on energy, with extensive plans for developing energy infrastructure (and mining industries) in various parts of the province, including plans for green energy, hydropower: the gamut. No wonder they’ve changed their provincial campaign website to newenergynl.ca .

The Liberals are another beast altogether. Their platform is an intriguing combination of props to local interest groups, combined with some elements of vision that go beyond the other two parties. For instance, they have the most extensive wildlife policy, much of it reflecting the lobby efforts of groups concerned with sustainability of hunting resources as well as moose safety on the highways. Not a bad thing, of course. At the same time however, so far they’re the only party to commit to establishing an oil legacy fund. They commit to investing 10% of oil revenue annually into such a fund, which represents a vision of saving for the future which the other two party platforms so far lack. The Liberals have also had a lot to say about Labrador, committing to improved spending – especially in communication and transportation – in that half of the province; the hard work no doubt of former leader Yvonne Jones, who has worked hard to raise the profile of Labrador districts’ needs. And they’re trying to recover their reputation for social spending in the face of voter defection to the NDP (and the devastating wave of social cuts that Liberal governments inflicted in the early 1990s): doubling spending on homelessness, committing to increased spending on seniors, all reflect a sense among some Liberals that their party needs to recover its…liberal…edge.

Indeed, the interesting – and perhaps painful – thing about the three platforms when it comes to spending and saving, is how well they would all work together: the NDP with the courage to earmark specific spending commitments to ensure social program infrastructure; the PC’s who aren’t really averse to social spending but are more hesitant about making specific commitments, and the Liberals with their vision of a legacy fund that would see revenue dedicated to ensuring sustainable levels of funding in the future. Put them all together into a single policy, and we’d have our bases covered.

Does anybody actually read these platforms? They’re interesting creatures. The PC platform clocks in at over 80 pages of stuff; the Liberals a bit more than half that. But it often seems the longer the platform, the more wishy-washy the language. You’ll see phrases like “will review…”; “will continue to support…”; “will develop a plan…”. These aren’t really commitments, in the sense that we can decide whether we like what they’ll do in government. They’re basically saying: “We’ve heard you care about this issue, and want you to know we know it’s important to you, and we will think about it if you elect us.” Actual commitments – “We will increase spending on X by $X million dollars in our first year in office” are there, but they’re much more rare. The NDP have adopted a different tactic: a shorter platform, more straightforward and easier to read, but thereby full of firmer commitments. While they are vague on some points – for instance a commitment for an independent review of the health care system (as though we need more destructive ‘independent reviews’ by mercenary-consultants and experts-for-hire who don’t actually have a clue about the area they’re hired to review) – they feature a larger percentage of firm commitments. Part of this is original thinking – for instance, establishment of new universal childcare programs and the like – but it’s a different type of platform. Which is more effective? Well, given that many people probably won’t read any of them, it’ll be a matter of who’s able to get their program ideas out into the public view most effectively.

“All three parties are coming up with innovative and exciting and – for the most part, all very commendable – ideas for how we should spend our money.”

So where are the fights shaping up? The New Democrats have been put on the defensive by media and the other parties about whether they’ll indeed be able to wring more tax money out of the oil companies; party leader Lorraine Michael is adamant that she will (Danny vs. the oil companies was fun, but I’d pay even more to see Lorraine let loose on them!). The PC’s have been taken to task over the vagueness of some of their commitments. Even though they released the longest platform (by page count) of any of the parties, it’s also less specific in a great proportion of areas. For instance, a strategy on hospital wait times will be developed AFTER the election (so we can’t really assess it when casting our ballot). Similarly, they say they’ll convene a committee to review minimum wage in the province next year (but they don’t give any indication what that committee will do, if anything, and whether they’ll combine it with a proposal to increase the wage). Compare that to the NDP’s straightforward commitment to increase minimum wage, to expand the NL Prescription Drug program by 10%, cover the cost of glucose test strips or raise the basic income tax exemption to $9000. The detail of the PC platform is good in that it shows they’ve thought deeply about a lot of things, but it doesn’t actually commit them to firm action on all of them. The NDP platform is much shorter, but in some ways more committed on specifics. The Liberals’ is sort of an eclectic combination (both in terms of page length and commitments).

It’s interesting what a bit of money in the economy can do though. In stark contrast to previous elections which were characterized by grim themes of cutbacks, where parties attacked each other over precisely which things they would cut, instead now all three parties are coming up with innovative and exciting and – for the most part, all very commendable – ideas for how we should spend our money. One can’t help but wonder what would happen if they all got together to hammer out a single policy platform, since in many ways their hearts don’t seem to be too far off from each other (with a few notable exceptions – for instance the feud between the PCs and Liberals over Muskrat Falls).

Meanwhile, a timely debate has erupted amongst the people who tell us what we should believe. The Globe covered a fascinating dispute which took place at a conference between Canadian polling companies, over the role they played in influencing the results of the recent federal election. Some argued the ‘orange wave’ would never have happened if polling hadn’t publicized – and in some ways fueled – the rapid rise in NDP fortunes. Others argued their influence was minimal. More significantly, some of the more experienced pollsters warned that the quality of opinion polling was dropping dramatically, with lots of inexperienced and low-quality firms cropping up to meet the growing demand for opinion polls, and that media were reporting poll results without doing adequate research to figure out if the polls had been conducted according to reasonable standards. Some polling agencies want to set formal industry standards; unsurprisingly, the newer upstart firms oppose this. The larger firms accuse some of the newer ones of sacrificing quality in exchange for a desire for media attention. Meanwhile, most firms took issue – rightly – with the way media report on polls: turning elections not into a debate about ideas and visions, but rather into a study in party tactics where the media act more like sportscasters than professional journalists challenging parties on behalf of the voting public. It’s a warning all reporters covering elections should take heed of. 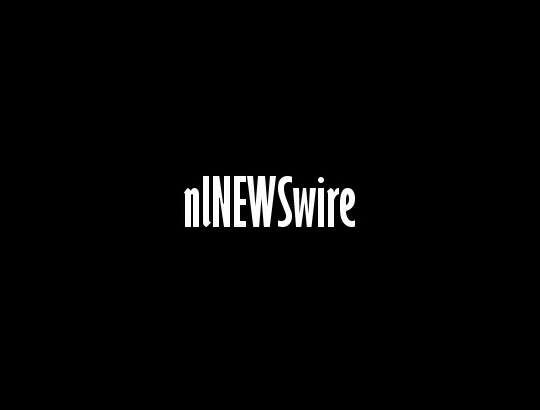 Check out the nlNEWSwire
Tired of going to 11 different websites to get your news headlines? We've got the answer.