Expect No Favours: William Coaker and the Newfoundland Disaster (Pt. 1)

2014 marks the centenary of the Great War. In Newfoundland and Labrador it also marks the centenary of the founding of the International Grenfell Association in St. Anthony, and the ‘Newfoundland’ sealing disaster. This essay is on the latter event, and in particular the diary that President of the Fisherman’s Protective Union William Coaker kept while observing that year’s hunt from the steamship ‘Nascopie’.

In the years before the First World War Newfoundland’s colonial establishment was challenged by the rapid emergence of the Fishermen’s Protective Union (FPU), a radical new political and economic movement that drew its strength not from the commercial power of St. John’s but from the poor and scattered fishermen of the island’s northeast coast. Founded by William Coaker and 18 other men in Herring Neck on November 3, 1908, the FPU was organized as an alternative to the large merchant houses that controlled the Newfoundland cod fishery from St. John’s. In 1911 the FPU established the Fishermen’s Union Trading Company with offices on Water Street—the historic stronghold of mercantile power—and a network of union stores in the outports that provided the basis for a new fishery economy beyond the command of St. John’s; by 1914 the FPU had 206 councils and over 21,000 members.

Even more upsetting for Newfoundland’s political and economic elite was the success of the FPU’s political wing the Union Party, which saw Coaker and seven others win seats in the House of Assembly in the October 1913 elections. On January 19, 1914, Coaker addressed the House for the first time:

It is not by accident that we have come here. A revolution, though a peaceful one, has been fought in Newfoundland. The fisherman, the common man, the toiler of Newfoundland, has made up his mind that he is going to be represented on the floors of this House to a larger extent than he ever was before; and the day will come, Mr. Speaker, when the fishermen of Newfoundland will have the controlling power in this House.

Shortly after Coaker took his seat in St. John’s, Newfoundland was rocked by the sealing disasters of April 1914. On April 1 the crewmen of the ageing steamer Newfoundland were left stranded in a snowstorm far from their ship. Seventy-seven men and boys perished. Around the same time the Southern Cross, en route to St. John’s with a full load of pelts, disappeared in a gale somewhere off Cape Pine or Cape Race. Coaker was present at ‘the Front’ that spring, observing the enforcement of the Sealing Bill (which was a proposal rather than a piece of legislation) and he kept a detailed diary for publication in the Union’s newspaper. His account should be read in full by anybody interested in the seal fishery and the Newfoundland, but the callous indifference of ship owners and captains immediately following the disaster—as witnessed and described by Coaker—also provides a brutal illustration of the casual disregard for life that was a feature of the industrial seal fishery.

Expect No Favours: The Seal Fishery in 1914

The seal fishery is brought down to a science now, when steamers like the Stephano can bring in 36,000 seals in seventeen days, but the romance of the sealers will always be bound up with the old brigs, that for fifty years held sway in this country…  – ‘Captain Azariah Munden’, Henry Francis Stewart

For much of the 19th century sealers went to the front aboard sailing ships, such as brigs and schooners. As Memorial University historian Sean Cadigan explained in his recent book Death on Two Fronts, on small sailing vessels “skippers required the consensus of their crewmates” in order to exercise authority. These vessels were sometimes crewed by family and friends and underwritten by smaller, more familiar, merchant firms; crews were also entitled to one-half of all pelts harvested. But as the hundreds of schooners that participated in the annual spring hunt diminished the seal population, it became necessary to use more powerful steam-driven ships to access herds deeper in the ice fields where sailing vessels could not penetrate.

The most modern of these had ice-strengthened steel hulls and were purpose-built by Dundee shipyards that specialized in Arctic whalers. Berths aboard these vessels were prized for a number of reasons: they had the most accomplished captains, they could go almost anywhere and access the best seal patches, and living conditions were (marginally) more comfortable. But the large size of steamers also necessitated discipline and hierarchy, and sealers who once sailed as members of small schooner crews were reduced to competing for berths aboard a much larger vessel, over which they had no control and no power to set the terms of their labour.

Indeed, in contrast to the consensus-based authority of a schooner, steamers could be extremely autocratic and paternalistic. The most successful sealing captains were very powerful men and some, such as Captain Abram ‘Abe’ Kean and Captain William Winsor, enjoyed connections in politics and business that projected their influence far beyond the confines of their ships (in the 1913 elections Winsor would lose his Bonavista District seat to the FPU). As Newfoundland historian James Hiller noted in his essay Sir Robert Bond and the Pink, White and Green, sealing captains were also cultural totems: “The popular heroes of Newfoundland society were the sealing captains, their crews, and renowned ‘fish killers'”. Sealing embodied modernity and progress, but it also embraced a seafaring past that had weaned “the sturdy Newfoundlander – the backbone of the race”.

Only the largest Water Street firms could afford to build and operate steamers, leading to a consolidation of the industry in the hands of a very few large firms (and with it a corresponding increase in political influence). However, consolidation still did not make the new technology affordable, and ship owners burdened their sealers with arbitrary and exploitative arrangements to cover their expenses, notably coal and cleaning fees, high surcharges on personal equipment, and a reduced share of pelts harvested. The desperate effort to maximize profit also meant that many steamers were without wireless sets, qualified navigators and doctors, and other assets that could protect life at the Front.

Despite the stern authority of their captains and ship owners, such conditions were enough to provoke strike actions. The sense of camaraderie fostered by the shared burden of life on the Front and the concentration of so many discontented men meant that the transition from sail to steam, and the loss of autonomy that went with it, did not go uncontested. When 3,000 sealers—most of them from the outports—went on strike in St. John’s in 1902 the FPU did not exist, but the strike was still a formative moment in the history of the Union. As Shannon Ryan explains in his authoritative history of the seal fishery The Ice Hunters:

The 1902 strike demonstrated to the sealers their relative lack of power and effectiveness in St. John’s where they were without food, living accommodations and friends. Their antipathy towards St. John’s merchants, and towards St. John’s in general, must have added to their feelings of alienation and isolation from the capital. Thus, when the northern outport sealers were heard from again in a serious way, they were part of a populist uprising culminating in the formation of the Fisherman’s Protective Union, which neither requested nor received any favours from the capital.

A Note on Coaker’s Diary

The FPU was chiefly preoccupied with the cod fishery and it was slow to take up the cause of sealers, but in 1911 a committee was appointed to investigate living and working conditions on steel steamers. During the spring 1914 session of the House of Assembly Coaker and the FPU succeeded in passing the Sealing Bill, an act that provided for better food and better medical care. Hoping to ensure compliance with the new legislation Coaker sailed aboard the modern Job Brothers’ steamer Nascopie under the command of Captain George Barbour and his son, Pearcey. Coaker planned to maintain a detailed account of the voyage for publication in the Christmas edition of the Union’s newspaper The Fisherman’s Advocate.

The result, as Memorial University archivist Melvin Baker describes it, “offers insights into how he interrelated with the fishermen, his great empathy for them, and demonstrates his great sense of injustice towards the mercantile elite which dominated Newfoundland society and the economy” (see Baker’s Forward to Coaker’s Diary). It is a snapshot of life and work aboard the steel ships that were once the pride of the Newfoundland merchant marine. But it is also a valuable political document. The premeditated and public nature of the diary meant that it was never written offhand, and as the full extent of the disaster became apparent to him Coaker would have chosen every word and every sentence with care; anticipating the political battle to come, he was writing for maximum effect. 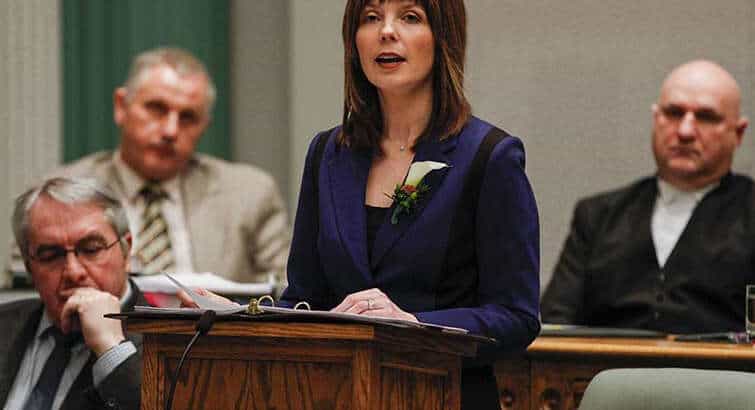 A good news budget?
Two things worth knowing that you might not have heard about Thursday’s budget 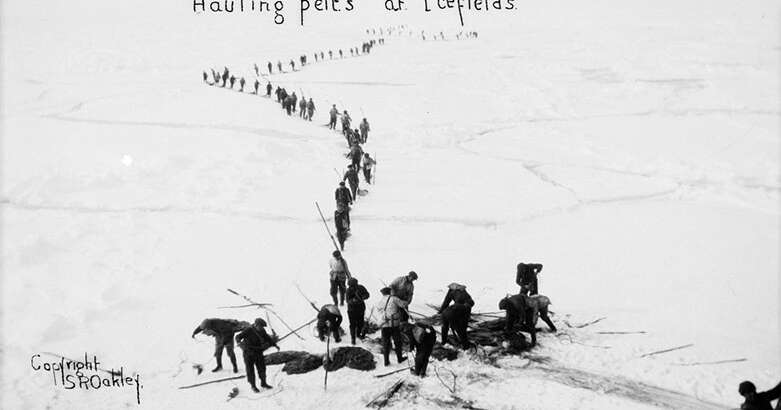