Hundreds Rally for Oil and Gas at Confederation Building

Hundreds of people urgently demanded “political support” for the offshore oil and gas industry. But Premier Andrew Furey did not offer anything specific.

With just minutes before going live on Facebook, Unifor Local 2121 President Dave Mercer told the several hundred people gathered at Confederation Building that they would be opening the pro-oil and gas industry rally with a call-and-response chant.

“What do we want?” Mercer asked the crowd.

“Political support!” they called back.

But beyond the immediate message of urgency, what “political support” for offshore oil and gas workers means remains hazy—particularly in terms of what might be coming from the federal government.

Between the twin shocks of the Covid-19 pandemic and the collapse of global oil prices, it has been a hard year for the offshore oil and gas industry in Newfoundland and Labrador. The West White Rose and Bay du Nord projects have both been shelved, the province’s flagship Hibernia platform has slowed production and stopped drilling, the Terra Nova FPSO has been mothballed in Conception Bay awaiting indefinitely postponed drydock work in Spain, and Husky Energy is re-evaluating its future operations in the province.

With thousands of people in the industry now out of work, the consistent message was a demand to stop the bleeding. Several Unifor members spoke about how their jobs in the offshore had afforded them good, stable, well-paying jobs that enabled them to own homes and provide a high quality of life for themselves and their families in their home province. They stressed how the downturn in the oil industry was pushing them into a precarious situation, leaving them unsure how they would be able to pay their bills and potentially even forcing them to relocate outside the province for better economic opportunities.

“I’ve seen more layoffs in the last six months than I have in the last ten years,” Amanda Young, a chef on the Terra Nova FPSO, told the crowd. “Life is far from good. You can see the stress on people’s faces.”

Carmelita Synard, a technician on the Hibernia platform, spoke about the pride she felt in forging her own way as a woman in a historically male-dominated industry over the last 18 years—and the fear she felt as an older worker now faced with the prospect of needing to switch careers.

This was the core message repeated by every speaker in some way or another at the rally: support for workers now, to preserve the high-quality jobs already in existence. “Jobs, jobs, jobs” was a slogan on the Trades NL promotional poster and the invariable message of everyone who stepped up to the microphone.

But beyond the cry of an immediate S.O.S. for struggling offshore workers, not everyone was on the same page about what “political support” would mean in the long haul.

Newfoundland and Labrador Federation of Labour President Mary Shortall was unequivocal: support for the workers, not the companies. There was no appetite for a blank cheque to Big Oil.

“Until the federal government sees fit to announce a transition plan towards a green economy that protects jobs and supports communities, we expect immediate action to be taken to protect the jobs, communities and economy that exists right now,” Shortall told the crowd.

Similarly, Trades NL President John Leonard spoke about the need to build more local industrial capacity. Where Johnson bemoaned the Terra Nova FPSO becoming a “tourist attraction” as it floats off the coast of Bell Island, Leonard argued that workers and facilities in this province should be more than capable of doing drydock work locally rather than requiring it happen somewhere in Iberia—creating potentially “thousands” more construction jobs in the process.

Geoff Eaton, spokesperson for Young Adult Cancer Canada, did not make any outright policy demands. But he noted that corporate donations were integral to his organization’s work, that 2020 had been a particularly brutal year for charitable fundraising, and that federal support for the offshore oil and gas industry would help replenish the corporate (and individual) donations needed to continue their charitable work for young adults suffering from cancer.

But if the question of the local industry’s long-term future remained unclear—amid serious challenges to the fossil fuel industry’s global operations and its future outlook in a planetary climate emergency—all speakers were unanimous that immediate action to support workers impacted by the downturn was urgently needed.

Pointing to the comparatively lavish federal support for the oil industry in Alberta, many speakers questioned why Newfoundland and Labrador was now approaching six months without intervention.

In Search of Archimedes’ Lever

Following the ‘Facebook Live’ portion of the rally, Progressive Conservative leader Ches Crosbie took the podium. Flanked by MHAs from across the party spectrum, Crosbie expressed his solidarity with demonstrating workers and mused that federal Natural Resources Minister Seamus O’Regan had “gone into witness protection.” He then announced that he had written a letter to prime minister Justin Trudeau that morning, demanding a new Liberal MP be appointed as the province’s representative at the federal cabinet table.

Crosbie also blasted new premier Andrew Furey—who was standing just a few feet away—for campaigning largely on his great relationship and leverage with Ottawa but “failing” to use that leverage for an industry in crisis.

Furey swiftly took the microphone after Crosbie, reassuring the crowd that there is “no future for Newfoundland and Labrador without a strong oil and gas industry.” He emphasized that “every day I wake up and think about you. Every single day I phone the federal government and hold their feet to the fire.” Echoing one of former premier Dwight Ball’s favourite lines, he stressed that his government would leave “no stone unturned” and that “we’ve been at this six months, holding their feet to the fire to make sure they’re committed to all of you, not the big companies.”

The crowd responded with tepid applause, and one man could be heard yelling “Call an election! Get a new mandate!” throughout the premier’s speech.

Speaking with reporters as the rally wound down, Furey repeated that he was in regular contact with his federal counterparts. But he did not clarify where negotiations presently stand with the national government.

“The federal government is working on this,” Furey told reporters. “They don’t have anything on the table other than how important this is to the industry and to the province, and how there is no future here without it. They’re assumedly doing their due diligence. We’re talking to them, holding their feet to the fire as I suggested, putting the appropriate pressure, putting the urgency on it, and they’ll have to deliver. That’s the bottom line.”

Asked about federal Intergovernmental Affairs Minister Dominic Leblanc’s August 21 visit to the province where he hinted that specific support measures for industry would arrive in the coming weeks, Furey told reporters “that would be a question best directed towards [the federal government]. It’s with them.”

“I can tell you right now the province is doing everything it can to accelerate whatever deal, whatever structure or framework they’re going to announce. But that’s with them, not with me.”

Pressed again on this question, Furey continued: “I can’t speak for [Minister LeBlanc]. What I’m saying is that within our purview, we’re talking to the operators about everything that is within our fingertips. It’s no sense talking to me about, you know, ‘why don’t you move the global oil price?’ I can’t do that. But everything that we can do, we are investigating and evaluating and doing.”

Asked to be specific about what his “leverage” with Ottawa actually is, Furey was frank: “It’s picking up the phone and making sure they understand every single day how hard this is for the people of the province, ensuring they know how this impacts families and citizens.”

“Well that’s nice,” Crosbie told reporters following the premier’s exit. “But we haven’t seen the results of that yet. Here’s a gentleman who campaigned for premier on the strength of his relationships in Ottawa and his claimed ability to leverage those relationships.”

“Now, when we badly need that leverage, where is it?”

Notes From the Rafters: 14 September 2020
How is the democratic process supposed to work? If we're cavalier about limiting offline public engagement, we risk de-prioritizing full and fair democracy. 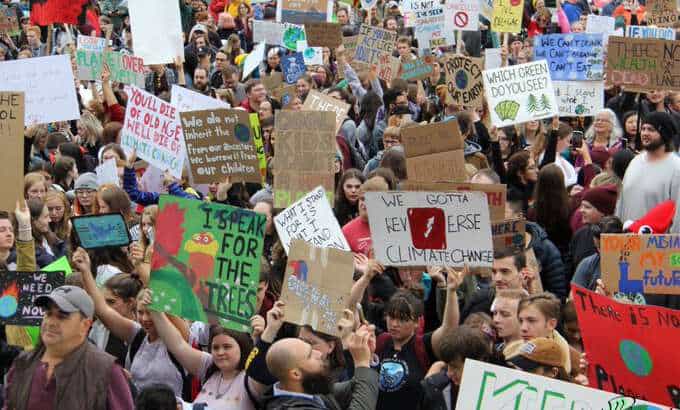 LETTER: Premier Furey, We Need a Green New Deal
The time has come for Newfoundland and Labrador to seize the opportunity to be a national leader and set ourselves apart.

Coalition for a Green New Deal in Newfoundland and Labrador