In Honour of Loretta

Trigger Warning – This article deals with the death of Loretta Saunders, an Inuk woman who was found murdered on Wednesday, February 26th in Salisbury, New Brunswick.

I woke up early this morning, unable to fall back asleep. As you may imagine, the past 10 days or so have been extremely difficult, for a number of reasons that I never could’ve predicted.

After hearing about Loretta’s murder, I walked home, the loneliest walk of my life, braving onlookers who were no doubt puzzled at the tears streaming from my eyes and the sounds emanating from my body. I came home, lay in bed, and ignored all attempts to communicate with others for several hours. I couldn’t move. I ended up speaking with a few friends and family members before falling asleep from exhaustion, my heart heavy with sorrow and my head aching.

I’m still in shock at the news, and especially of her final resting place. That image hurts beyond anything I could say in words.

And I refuse for that to be the last image I have of Loretta, given her remarkable spirit.

Even as I write this, as the tears wrack my body and the letters on my keyboard blur, none of this seems real. I was always so worried about Loretta. She presented all of the vulnerabilities to which indigenous woman are prone, through no fault of her own. I reread her thesis proposal last night and was reminded of how deeply she was aware of being a product of a Canadian society intent on destroying and eliminating indigenous peoples. That last word, “eliminating,” may seem extreme to some, but it is now so charged, so raw, so very real. Elimination. [Deep breath] [Deep breath] [Deep breath] Elimination.

Lying in a ditch, frozen to the ground, along the Trans-Canada Highway. This is not a movie, it is not some late-night entertainment.

So many friends want to discuss the details of the case with me, they want to dissect it like they were the lead characters in a crime drama, the same ones that actually promote the incarceration and elimination of indigenous peoples and peoples of colour from society. What in the world makes somebody think that I want to listen to them piece together Loretta’s murder.  “Darryl, do you think they did it? C’mon, you must know.” This is not a crime drama, she is dead. Murdered. Dumped in a ditch like road kill. What is wrong with those people? What were they thinking? If it’s not friends acting like sleuths, it’s the media acting like buzzards, circling and waiting for somebody to surrender like fallen prey. No more than 5 minutes goes by between the police announcement of Loretta’s murder and my inbox and voicemail being filled with requests.

If you’re reading this, take it as my statement.

I refuse to speculate about Loretta’s death. What I do know is that our society has discarded indigenous women and girls in much the same manner for generations. These people were playing out a script that we all know intimately, but never acknowledge. I told a good friend of mine yesterday that there’s no conspiracy, there’s no mystery, Loretta will show up in a ditch like so many indigenous women before her. He was taken aback. I told him that’s the pattern.

It’s our doing, which Loretta articulated so clearly in her writing — theft of land base, legalized segregation and racism, residential schools for several generations, continued dispossession = social chaos.

It is a recipe for disaster for indigenous peoples, and especially indigenous women. Who suffers most when access to land, to the ecological order at the basis of most indigenous societies, is limited, controlled, or outright eliminated? Is that not what’s at the basis of a settler society like our own, eliminating indigenous peoples’ relationship to the land (and/or their actual bodies), so that can we plunder it for our gain?

All the while, through trickery and deceit, we convince our children that indigenous peoples are to blame for their condition, that through no fault of our own, they simply don’t understand how to live well in society.

When I discuss these issues with my non-indigenous students in an open, honest, and non-judgmental manner, I am continuously disappointed, though no longer surprised by their lack of knowledge.

Less than half of my second-year students have heard of residential schools, and among those who have, only a handful can imagine and articulate the impacts such a system would have had in their own communities. We are for the most part incapable of empathy.

I ask my students, who are you meant to care about in society? The answer is always clear to them – I have been taught in such a way that I’m mostly incapable of caring about indigenous peoples. It’s not that they don’t want to, it’s that it takes years of hard work. And who has that much time or is willing to be vulnerable in the face of the seemingly unending gulf that lies before them?

And so we continue to look to indigenous peoples like the savages we imagine them to be, meanwhile, Loretta is dumped in a ditch like road kill in a province that once paid European invaders for the scalps of Mi’kmaq women, children, and men, repeating a centuries-old pattern in ways that are much too familiar to be a coincidence, to be irony, to be senseless. But these are the most common qualifiers I read about Loretta’s life and death. Loretta herself expressed the patterned, structured ways of colonial violence very clearly in her work, which I reread last night before falling asleep.

It is an organized terror of the everyday. And it must stop.

Darryl Leroux is an assistant professor at Saint Mary’s University. He was Saunders’ thesis adviser.

This letter was originally published Feb. 27, 2014 on the Halifax Media Co-op website.

Policing the university and freedom of expression
Are police officers on campus an affront to the spirit of the academy? 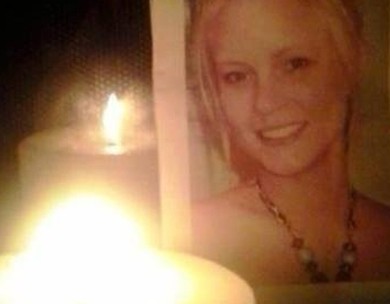 Loretta Saunders’ death latest in growing epidemic
As the number of missing and murdered aboriginal women in Canada continues to rise at an alarming rate, people, human rights groups and politicians strengthen…