The Elmastukwek Mawio’mi is a grassroots effort to revive an old Mi’kmaq tradition that involves people coming together and sharing in stories, music, food and ceremony, say organizers.

This weekend people on the Island’s west coast will have a rare opportunity to participate in a Mi’kmaq cultural event that hasn’t happened here in a very long time.

What began as an idea at a small grassroots gathering only seven weeks ago has quickly gained the support of local community leaders and Aboriginal organizations and could well be the next big annual Mi’kmaq event to take place in Ktaqamkuk (Newfoundland).

The Elmastukwek Mawoi’mi (Elmastukwek is the Mi’kmaq name for the Bay of Islands, and Mawio’mi means ‘formal gathering’), which is being held in Benoit’s Cove Saturday and Sunday, will include ceremonies, teachings, drumming and dancing, feasts and other activities open to the public.

“The whole idea and concept of mawio’mi is Mi’kmaq people coming together — and this goes back to ancient times — to talk about issues, celebrate victories,” Ken ‘Mutchie’ Bennett, an Elder from Stephenville Crossing and one of the Elmastukwek Mawio’mi organizers, said. “The chiefs or the heads of clans would come together and see how hunting territories were working out, if they needed new new rivers to fish, or new areas to trap or hunt. Sometimes even [to discuss] who’s got enough wives in their village or not enough eligible bachelors,” he laughed.

Bennett said he experienced his first mawio’mi when he lived in Nova Scotia a few years ago, but that even there, in the heart of the Mi’kmaq Nation, the celebrations are becoming less and less common.

“We used to go to one in Gold River down by Mahone Bay, and they were probably one of the last communities [to host a mawio’mi]. They were fantastic. There was no grand entries, no big speeches — it wasn’t about any of the pomp and that stuff. If a drum group wanted to show up, or someone with a hand drum wanted to show up, then they did and they played because they wanted to be there not because they were paid to be there. Same with danders,” he continued.

“Nobody was invited. There was just a call for a mawio’mi and the people that could make it came and gathered.

“But now, in these days, and especially here in Newfoundland with the recovery of our Mi’kmaq culture that’s going on, we thought it would be a good idea to turn back the clock a little bit and bring over some of the Elders and respected knowledge keepers from Nova Scotia that were involved with the mawio’mis over there. So we were lucky enough to hook up with a few of them.”

Bennett also said Miawpukek First Nation Chief Mi’sel Joe, “our cultural and spiritual leader for our province,” will be attending, and that they are hoping Flat Bay Elder Calvin White, a respected voice across the Mi’kmaq community in Newfoundland, will make it.

“It’s a good opportunity for people to learn about the culture, learn about themselves, take in some ceremonies, take in sweat lodge if they want and recognize the healing powers of a sweat for their self, a family and a community.”

Qalipu Mi’kmaq First Nation Western Vice Chief Erica Samms-Hurley, who is on the Elmastukwek Mawio’mi organizing committee, emphasized that organizers would love to see people of all backgrounds at the event.

“It’s a gathering for anyone, of any age, Native and non-Native, young and old. It’s an opportunity for people who are non-Native to come and get some information and education about Mi’kmaq people and ask questions at the same time,” she said.

“The Bay of Islands is an area where Mi’kmaq people traveled this way, we settled, there’s families here…and [having a mawio’mi] is bringing something important to the west coast.

Samms-Hurley said there will be various ceremonies that people can take part in, but that all participants must be free of drugs and alcohol for at least four days prior to the event. She also said the mawio’mi itself and an alcohol and drug-free event.

“Some of the invited guests are going to speak about hunting and fishing, and talk about respecting the environment…and someone else will speak about different ceremonies. But we’ve left it open to them [so that] anything they want to speak about, they can feel free.”

According to Samms-Hurley, Arlene White from St. George’s will lead the water ceremony and speak about women’s roles in Mi’kmaq culture, and that Elders and knowledge keepers Earl Sack, Joe Francis, and Clifford and Danny Paul will share teachings and stories.

The event all get underway Saturday morning at 5:15 a.m. with a sunrise ceremony.

Start of something big?

Samms-Hurley and Bennett said the mawio’mi might become a local annual event, or it could travel around to other Mi’kmaq communities in Western and Central Newfoundland.

“The Qalipu band has really picked up on this and become a major supporter, so they may want to move it around in their different communities. Or some leaders from the communities might show up there and decide this is pretty cool, we want to see if we can organize one for our community,” said Bennett.

“I think it would be fantastic if this became an annual event in Benoit’s Cove, and for some communities it may start off as a mawio’mi and develop into a powwow. Eventually, with all the different Mi’kmaq communities we have on the Island, I can see that there will be a lot more than just the two powwows in Flat Bay and Conne River one day.”

Samms-Hurley said while it is a grassroots event, organizations like Qalipu Cultural Foundation and the Mi’kmaq First Nations Assembly of Newfoundland have stepped up to the plate in offering support, as has the Town of Humber Arm South and the community of Benoit’s Cove.

“The Bay of Islands is an area where Mi’kmaq people traveled this way, we settled, there’s families here…and [having a mawio’mi] is bringing something important to the west coast.

“I’m just looking forward to having so many Elders in one place,” Bennett concluded. “It’s an opportunity for people to learn and listen and ask questions, and also for people to learn from each other, because there’s things in our culture that were never lost.

“The stories about how people would help each other — hunting parties and wood-chopping parties, and people going door to door and giving out fish, or bringing your first salmon to an elderly person in the community. We never lost that side of things. Although it’s faded quite a bit from where it was even 20-30 year ago, it’s still part of our Newfoundland heritage — but that’s all Mi’kmaq attributes.”

The Elmasukwek Mawio’mi organizing committee is looking for a few more volunteers to help in the kitchen. For more information about how you can help, and for a full schedule of events, visit the Elmastukwek Mawio’mi Facebook group. 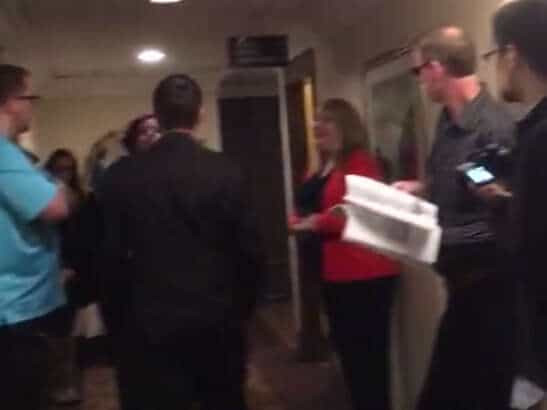 Liberals face mounting scorn as anti-austerity movement matures
As residents and groups ramp up direct action efforts while resistance to austerity grows, some observers are calling for movement to embrace mutual aid. 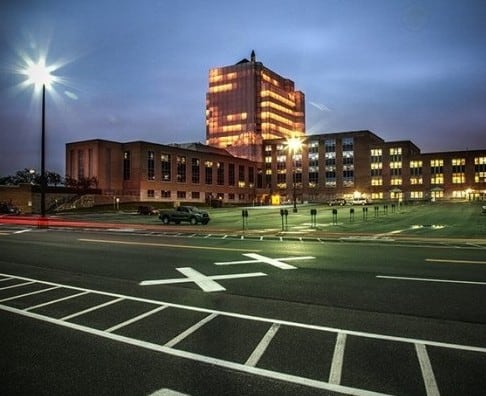 Filibusters aren’t the problem for women in politics
Minister Gerry Byrne’s recent comment that the filibuster served as a deterrent for women entering politics told only part of the story.