Amid demonstrations and arrests happening across Canada, the Solidarity with Labrador Land Protectors group organized a sit-in at federal Minister of Natural Resources Seamus O’Regan’s Topsail Road office on February 27.

Over two dozen people arrived at the St. John’s South-Mount Pearl MP’s constituency office at 10:30 last Thursday morning with banners, signs, and supplies for the day. Some wore t-shirts printed with the words “reconciliation is dead.” There were sixteen supporters still present when organizers concluded the action around 5 p.m.

Solidarity with Labrador Land Protectors is the same group that organized over 100 people to show up on February 10 when (soon-to-be-former-) Premier Dwight Ball and Minister O’Regan gave an “update” on Muskrat Falls. Later that week, they organized a rally and teach-in that drew more than 60 participants. Additionally, the group raises money to contribute to the Labrador Land Protectors’ legal fund. So far in 2020 they have donated more than $1600 through several types of fundraising efforts, according to the group’s Facebook page.

“Today we have come together once again to continue peacefully standing with our cousins from the other side of the country,” land protector Angelica Vincent spoke at Thursday’s sit-in. “We will continue to do so until the government does what is right by the land and the people who live on it.”

On Wet’suwet’en territory in British Columbia, attempts to move forward with construction of the Coastal GasLink (CGL) pipeline—despite the project never receiving consent or support from the Wet’suwet’en hereditary chiefs—have sparked demonstrations of solidarity across Canada. Rail blockades, sit-ins, and all types of actions have taken place throughout the country. The Unist’ot’en Camp website displays links to more than 75 statements of solidarity issued by a variety of nations, unions, and other organizations; a wide range of groups are listed including the Métis Federation of Canada, Canadian Union of Public Employees, Idle No More, Anglican Church of Canada, Greenpeace Canada, and various others.

Although some media have framed these events as “anti-pipeline protests,” the CGL Pipeline Project is revealing itself as a flashpoint for deeper national conflicts—what federal Crown-Indigenous Relations Minister Carolyn Bennett called “150 years of broken promises.”

“Our primary goal is to highlight the level of disrespect that Indigenous people have been facing,” Mi’kmaq land protector Jude Benoit announced on Thursday. “Their lands have been occupied and they have been arrested in large numbers… I think, for us here, this is a very good first step but this is nowhere near done.”

“We’ve talked a lot about reconciliation over the last few years and unfortunately the commitments of reconciliation have not yet been lived up to. That’s why we’re here today,” Mi’kmaq land protector Robert Leamon told those gathered Thursday.

“We know that there’s so many events happening across Turtle Island right now that Minister O’Regan has gotten the message,” continued Leamon. “We know he’s already heard it, but we’re trying to bring it closer to home. That’s why we’re here, in his constituency office in Newfoundland and Labrador, so that we can demonstrate support from coast to coast to coast.”

“The staff were respectful the entire time,” noted Solidarity with the Labrador Land Protectors co-founder Rachel Webb Jekanowski. “During the action we talked, we sang, we learned the strong women song and the water song together… Jude and Robert closed the action with the traveling song.”

Though first elected as the MP for St. John’s South-Mount Pearl in 2015, O’Regan has only been Natural Resources Minister since November 2019. (For the better part of 2019, O’Regan was federal Minister of Indigenous Services.) In a December 2019 mandate letter to Minister O’Regan, Prime Minister Justin Trudeau wrote that there is “no more important relationship to me and to Canada than the one with Indigenous Peoples.”

Later in the letter, Prime Minister Trudeau identified one of the Natural Resources Minister’s many “top priorities” as “working with the Minister of Crown-Indigenous Relations and the Minister of Finance to develop a new national benefits-sharing framework for major resource projects on Indigenous territory.”

The Natural Resources Minister’s portfolio has undergone significant changes recently. Bill C-69 brought in the Impact Assessment Act and the Canadian Energy Regulator (CER) Act while repealing the Canadian Environmental Assessment Act and the National Energy Board Act. The National Energy Board (NEB) was the federal-level regulator for pipelines (among other infrastructure and activities) from 1959 until August 2019, when the Canada Energy Regulator took its place. Like the NEB before it, the CER is an independent regulator under the umbrella of the Natural Resources’ portfolio.

In late July 2019—just several weeks before the NEB ultimately ceased to exist—a news release from the Board announced it had “determined that the Coastal GasLink Pipeline Project (Project) does not fall within its jurisdiction” and that the project “is properly regulated by the province of British Columbia.”

The announcement came a year after the NEB received an application from Smithers, BC resident Michael Sawyer in July 2018 which argued CGL should be subject to federal, not provincial, regulation. Although in October 2018 the Board found there was “a prima facie case that the Project may form part of a federal undertaking,” its final decision in July 2019 stated: “Based on the totality of the record before it, the Board does not find a basis to conclude that the Project is properly within federal jurisdiction… Rather, the Project is a local work and undertaking properly regulated by the province of BC.”

Founded in 1998, the BC Oil & Gas Commission (BCOGC) is a provincial Crown corporation and the regulatory agency that issued permits for the construction of the Coastal GasLink pipeline. In the Commission’s 2019/20 Strategic Plan, CGL is specifically highlighted along with the planned LNG Canada export facility that the CGL pipeline would exclusively supply.

“New infrastructure is being built to access natural gas export markets. With the decisions by LNG Canada and Coastal GasLink to proceed with the construction of a facility and pipeline, we are now regulating the largest infrastructure investment in Canadian history,” the plan states. “While not all of the gas necessary to supply the LNG Canada plant will necessarily come from B.C., the introduction of a new market will likely lead to increased production from the Montney.”

Before the BCOGC finalizes approval on any permits, applicants must separately receive an Environmental Assessment Certificate from the BC Environmental Assessment Office (EAO). CGL apparently submitted a “second condition #1 report” (COR2) for the EAO’s approval in November 2019, according to a February 20, 2020 post on the office’s “EPIC” website. The same post noted that upon review, the EAO has “provided an additional 30 day period for Coastal GasLink to seek to directly engage with Dark House and the Office of the Wet’suwet’en.” CGL is required to track all engagement efforts and how those efforts inform the project. After the 30 days, CGL will be able to re-submit the COR2 report for the EAO to approve or not.

A February 3 media release from the Office of the Wet’suwet’en Hereditary Chiefs announced that they had “filed an application for a Judicial Review of the BC Environmental Assessment Office (EAO) decision to extend the environmental certificate for Coastal GasLink’s proposed fracked gas pipeline in Northwest BC for another five years.”

LNG Canada is behind the natural gas export facility planned for construction in Kitimat, BC. It is a joint venture between five corporate partners: Shell, PETRONAS, PetroChina Company, Mitsubishi Corporation, and Korea Gas Corporation. In 2012, LNG Canada selected TC Energy to build and own a pipeline that would supply their proposed Kitimat facility.

TC Energy—formerly TransCanada Pipelines before the company’s 2019 name change—created Coastal GasLink Pipeline Limited as a wholly owned subsidiary company specifically for the project. But TC Energy is the company described under the “Who we are” section of the CGL website’s “About” page.

NOVA Gas Transmission Ltd. (NGTL) is another wholly-owned subsidiary of TC Energy. It’s the company behind the NGTL system which “supplies natural gas from Alberta and Northeast B.C. to markets in Canada and the United States,” according to the NGTL page on TC Energy’s website. NGTL is federally regulated by the new Canada Energy Regulator.

When the National Energy Board found in July 2019 that CGL did not fall under federal jurisdiction, its 47-page Letter Decision explained that “the Board agrees with LNG Canada and NGTL that the operation of the NGTL System will not be affected if and when the CGL Pipeline connects to it… the Board does not find that the CGL Pipeline forms part of a single indivisible undertaking with the NGTL System or any other federal undertaking.”

On the current CER website’s About page, the CER describes itself as “in charge of keeping watch over the companies operating oil and gas pipelines and electrical powerlines that cross a national, provincial or territorial border.” A separate page highlighting the “key themes” of the new CER Act states the “Act will ensure greater Indigenous participation.”

“We have stayed resilient”

“Indigenous people and youth are not disposable,” Vincent affirmed on Thursday at Minister O’Regan’s office. “We are here to stay. You have tried to assimilate us, but we have stayed resilient.”

“All of our political leaders… they haven’t shown leadership,” commented sit-in attendee Sobia Shaikh. Shaikh is an Assistant Professor at MUN’s School of Social Work and a co-chair of the Anti-Racism Coalition of Newfoundland and Labrador.

“It’s the people here, the Indigenous young people who are here, showing leadership instead of our politicians,” she elaborated.

Stan Nochasak, a land protector from Nain who now lives in St. John’s, also attended the sit-in and noted that all of us have “a sacred responsibility to look after each other, to see what’s right, to work together.”

After four days of talks between Wet’suwet’en hereditary chiefs and senior federal and BC cabinet ministers, a draft agreement reached on Sunday now needs to be reviewed by Wet’suwet’en clans and houses. It is still unclear what the future holds for the Coastal GasLink Pipeline Project, or for the Wet’suwet’en people.

But as Mi’kmaq lawyer, professor, and activist Pamela Palmater wrote last week: “There’s no going back to business as usual.”

Whatever happens with Coastal GasLink, Canadians across the country are looking for better political leadership from our elected representatives when it comes to the work of building a decolonized Canada.

“Canada is formed on this violence, and it’s being reproduced,” noted Shaikh. “This is not only an Indigenous issue. This is a Canada issue, as well.”

“Indigenous youth keep getting violently arrested and dragged to cop cars,” Vincent told Thursday’s sit-in. “Why has profit become more important than the life of our first peoples?”

“Imagine that happening to your child,” Vincent added. “We will never back down for our people and what is right.” 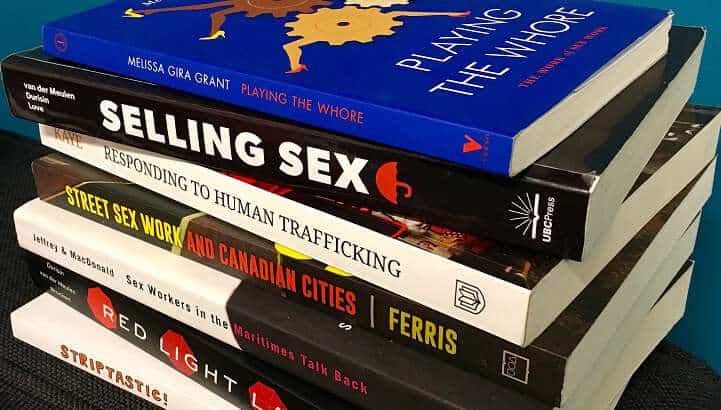 Four Entrepreneurial Ideas to Jump-start Our Economy
In this moment of financial calamity, Newfoundland and Labrador needs a new economic engine. We've got four suggestions just begging for a subsidy.