Local challenge encourages NLers to reconnect with the outdoors

We spend too much time indoors, and it’s changing the way we understand the natural environment and our place in it. For the month of May a local environment group is challenging Newfoundlanders and Labradorians to get outside for 30 minutes each day and share the experience with others.

If we’ve heard it once, we’ve heard it a hundred times: we are consuming more screen-time than ever before, with rising levels of stress, sleep-deprivation, and obesity as the consequences.

The effects of excessive screen-time on children have been extensively researched and documented – apart from exploding rates of childhood obesity, the development of attention-deficit and anxiety seem particularly urgent. And when adults are spending upwards of half their waking lives in front of a screen, it is not a stretch to assume that we are becoming increasingly disconnected from the outside world and, in particular, the outdoors.

Carolyn Staple, an active member of the Newfoundland and Labrador Environmental Educators’ network (NLEE), has issued a challenge on Facebook she hopes will motivate the province to get out of the house, at least for a little bit, each day this month.

Staple was inspired by David Suzuki’s 30×30 Challenge, in which he asks participants to spend 30 minutes outside every day for 30 days. Although everyone is welcome to participate in Suzuki’s challenge, Staple notes advantages to holding one on a local level. Participants are able to learn about and try out new trails and network with others.

Staple identifies our changing lifestyle as a contributing cause of a disconnect with the outdoors. “It is the way that a lot of people live is that we don’t get outdoors as much as we should…for a whole variety of reasons; technology is a big one, but it’s also just fear — people are more afraid of letting their kids loose outside. And plus, people have just busier lives because we’ve gotten into having every second of every day planned for [us].”

Although many of the participants are hiking, cross-country skiing and walking, the Just Get Out Challenge “doesn’t mean that you have to be super active outdoors,” Staple says. “The benefits of being outdoors, instead of doing your active things, or your sedentary things, indoors, is that it connects you to the natural world. And I think that is a good thing in general because a lot of the [environmental] problems that we’re having both locally and globally…come from the fact that we have been really disconnected from our natural environment — and if you don’t know something then it’s really hard to appreciate it. If we are spending less time in the natural environment, becoming less and less acquainted with it, how can we care about it?

“We know about all of the environmental things that are going on in the world with global warming and climate change, which is caused mainly by human actions…so if we want to try to change [our] ways and make the earth a better place to live…then I think the most important thing is just getting people—especially children because they’re our next generation—more involved in that environment so they can appreciate it and care for it — know it, appreciate it, and then care for it.”

Even though we’re in the second week of May, Staple says it’s not too late to join the challenge. You can find details on the Facebook page. On the last weekend of May, she says, there will be group hikes co-ordinated in the St. John’s and Corner Brook areas. And there are prizes; each time you share your outdoors experience on the Facebook event page your name will be entered to win one of many prizes donated by businesses from across the province.

So what are you waiting for? Just get out! 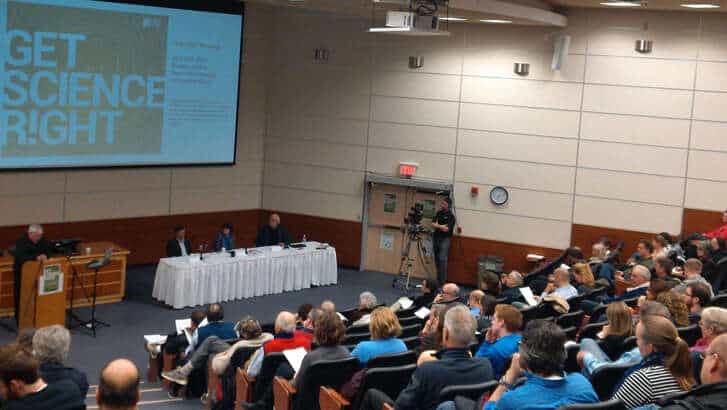 Something is wrong in Canada
Political interference in scientific research must not be tolerated.

To the premier-in-waiting
A letter from an anonymous source in Confederation Building, who retrieved it from Frank Coleman's mail slot in the Premier’s Office.