Stages lining the shore of the Outer Battery wait in the same injured state brought on by a storm more than a year ago.

Resident Chris Brookes wants nothing more than to see the clutter of old structures at the edge of St. John’s harbour propped up and put back together again. And this time he wants it done according to the interests of the area’s “stakeholders.”

On March 9, Brookes, Chair of the Outer Battery Neighbourhood Association, held a meeting bringing those who might have a vested interest in the fate of the Outer Battery together for the first time. The purpose being, to form a working group to figure ways of fitting the site into the public domain.

Right now, Brookes says its residents are solely responsible for the upkeep of the Outer Battery’s traditional charms. But if the meeting had a meaning then soon the site will be on its way to being properly preserved, as an official heritage attraction. And outsiders will be lending a hand.

“It’s up to us. Otherwise we’re going to lose it, and economically that would be really foolish.” —Chris Brookes

“Everyone in the room should be very careful about showing a sense of stewardship for this place,” says Brookes. “It’s up to us. Otherwise we’re going to lose it, and economically that would be really foolish.”

The meeting of a dozen included representatives of the City of St. John’s, the Heritage Foundation of NL and Parks Canada. Groups and government bodies, Brookes says, have been talking a different language with regards to the Battery, up until now.

“Demolish or upgrade to current standards for buildings and marine protection,” read a letter sent to Andrew Mahon in 2010 from the City of St. John’s.

His stage, hung along the shore of the Outer Battery, was but one of the many structures deemed unfit by the municipality in 2010. And his letter of notice was but one of a pile that were mailed out to property owners in the community.

What began with a violent storm back in February 2010 soon turned to a battle of the people vs. the powers that be when residents were given an ultimatum to rebuild according to modern engineering codes or clear out.

“No one should feel threatened by the city,” said Dave Blackmore, the director of building and property management with the City of St. John’s, during an interview in the fall.

“All we’re asking is to make your application. We’ll review it to ensure whatever goes back, one — it’s safe to use, and two — it’s going to be there for the long-term.”

“If you can’t afford to put the wharf back there, do you really need the wharf?” —David Blackmore

At that point in time, a few owners had come forward with plans to rebuild. There are still many the city hasn’t heard from.

Blackmore warned if the owners of unfit structures fail to take action, the city is ready to come and demolish the buildings themselves — and that cost will be applied against the land, leaving the property owner to pay the bill.

“If you can’t afford to put the wharf back there, do you really need the wharf?” Blackmore posed to the people of the Battery who had yet to make a move.

“We deal with thousands of properties every year,” he said. “Some people can afford to do what they’re doing, others can’t. We issue notices, we tear down houses…”

Parks Canada stats have shown that approximately 84,000 people pass through the Outer Battery each year during peak tourist season.

“Those who walk down this road are exactly the kind of tourists that the provincial tourism strategy is aiming at,” says Brookes. “This place, for better or for worse, has been promoted as being the iconic representation of Newfoundland — what visitors want to see when they come to Newfoundland.”

Brookes admits he hates justifying his community’s preservation by relating it to tourism but he believes it’s the easiest way to point to the major economic value of the place.

“Supposing we were all stewards of a place like Cinque Terre, Italy… we would be extraordinarily careful about not screwing up that kind of huge economic tourist value. Maybe we take things for granted that are close to home… Imagine if the Outer Battery was Cinque Terre and how carefully we ought to be about it.”

Lorraine Michael, MHA for Signal Hill-Quidi Vidi, couldn’t agree more with the case the neighbourhood association presented at the meeting on Wednesday.

“It was a compelling case with concrete evidence of how the site has been used to represent who we are as a province, culturally. An excellent case as to why the Outer Battery is important culturally and as a heritage site, not just to the City of St. John’s but also to the province.”

“This is a treasure that has to be maintained and government has to be involved,” she says.

“This is a treasure that has to be maintained and government has to be involved.”—Lorraine Michael

In response to the manner in which the City of St. John’s has previously approached the Outer Battery, Michael says, “You just can’t have individual departments or offices in a department making decisions that are contrary to this notion of maintaining the Battery.”

The Outer Battery Association’s first plan of action is to compile an inventory of the site’s historic value in the spring. And to decide what can be saved and what can’t.

“We don’t want to go bulldozing half the place into the harbour before we have some information on what we’re possibly going to bulldoze,” Brookes explains.

The job will be taken on by Eric Jokinen, a structural engineer from Quebec, specializing in heritage buildings. A rare breed according to Brookes.

“I gather from Eric there’s not a lot of expertise about [heritage-related engineering] in the province — we found it hard to find one. I think his secret agenda is maybe to encourage more of that from the engineering community here.”

Jokinen will also head up a pilot project commissioned by the Heritage Foundation to determine how repairs to derelict stages can be done in a way that maintains the old Newfoundland style.

The way Brookes puts it, “A way to satisfy safety requirements and not ruin the tradition.” 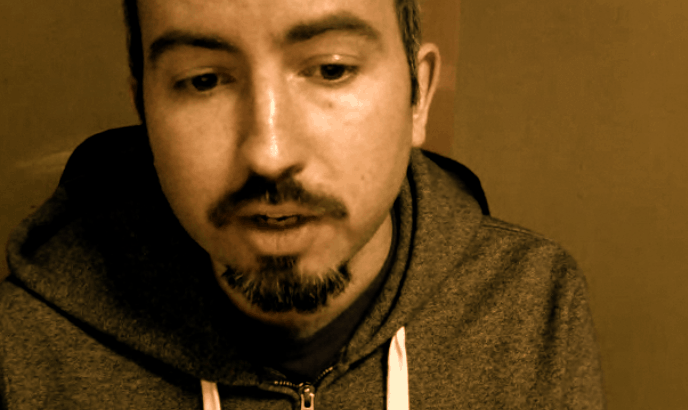 Updated: Newfoundlanders in Japan
A collection of news bits and reflection from our own living in Japan