What is actually being cut in this budget?

During the last two weeks, as the debate has raged over the Newfoundland budget, I found myself thinking more and more about how and why ethics are so vital to democracy. As I delved into the budget documentation online, I was shocked by the contradictions between what Finance Minister Cathy Bennett said in her speech and what her budget authorizes departments to spend.

The Department of Finance website includes a list of the specific budgetary cuts, department by department. There are two types: cuts to particular programs and “line by line and other operational savings.” Programs are funded to address identified problems or needs, so these cuts mean the department is “saving” by no longer doing what it had thought necessary to do. Line by line reductions are achieved by a more economic use of resources in the day to day operations of the department. This could mean job cuts, non-renewal of personnel, reductions to travel or other departmental operating costs, and reductions in purchase of professional or other services in order to accomplish the department’s work. Both types of cuts should mean that the department would require less money this year than last. Indeed, Bennett said their “impact on the deficit is $282 million in this fiscal year” (See page 11 of Budget Speech 2016).

Overall, cuts total 2.82 percent of the budgeted expenditures in 2015. Proportionally, cuts to education amounted to more than three times the size of the cuts to health and social services (5 percent vs 1.5 percent), while Seniors, Wellness and Social Development (7 percent), Fisheries and Aquaculture (12 percent), Environment and Conservation (13 percent) and most notably Newfoundland and Labrador Housing Corporation (42 percent) saw cuts that are clearly the result of policy decisions taken at the highest level.

Intrigued by this disparity, I decided to check the announced cuts against the Estimates, which lists all planned expenditures and revenues for the coming fiscal year. It is a very imposing 329-page document, but one worth our attention.

There are very serious differences between what the Estimates say and what the other documentation—perhaps most importantly Cathy Bennett’s budget speech—clearly stated. Entitled “Restoring Fiscal Competence and Accountability,” Bennett’s speech said that departmental expenditures had been decreased by $232 million, with a further $10.5 million of infrastructure block reductions. Her own Department of Finance was graphically shown to have the second-highest reduction, after N.L. Housing, at 20.9 percent.

But as the Estimates show, Bennett’s department is actually poised to spend 19.9 percent more this year than it did last year.

None of the funds “saved” by taxing books and abolishing the heating oil tax rebate will go toward reducing the deficit. These monies, along with an additional $22.5 million, will be used for other purposes within her department.

By and large staffing and salaries remain stable, but Bennett has dramatically increased spending on “Financial Assistance”, an existing program whose purpose is to subsidize business opportunities “consistent with government objectives.”

Last year the department spent $285,000 on promoting business opportunities within other departments or Crown agencies and a further $4.3 million in the form of loans, advances and investments to departments and “other entities” (i.e. the private sector). This year’s budget authorizes the department to spend $4,481,400 in subsidies to other department and Crown agencies—a 1,745 percent increase, or 8.5 years of expected revenue from taxing books—while Bennett has more than doubled potential loans, advances and investments for private businesses to $10.7 million. And she clearly thinks this is not enough, for she has also introduced $20 million in outright grants. This financial assistance is to be carried out without any legislative oversight.

What we can say with certainty is that it is a highly suspect, non-transparent and completely unaccountable use of public funds.

Thus, Budget 2016 authorizes her department to spend $31.6 million more on helping out friends of the government with their business ventures. This is more than twice the total amount allegedly “saved” by eliminating the home heating oil rebate.

On Monday, St. John’s Centre MHA Gerry Rogers asked in the House of Assembly if these extraordinary allocations constituted a slush fund. The next day, Minister Bennett replied she found the suggestion insulting and that the fund exists to access federal infrastructure monies. While providing funds to “leverage Federal funding initiatives” is the third of three permitted expenditures for this fund, the other two allow for much greater leeway in spending. They are, first, “to support business opportunities,” and second, to “promote industrial development”. With such vague wording, we cannot know how these funds will be used. What we can say with certainty is that it is a highly suspect, non-transparent and completely unaccountable use of public funds.

Meanwhile, the finance department’s tax policy program, which has as its mandate to research, analyse and develop fiscal, economic and financial policies, is to see its funding cut by a million, with lesser but substantial amounts cut from the offices for tax administration, statistics and internal audit.

Excluding the extraordinary $553 million increase in the investment in Nalcor, government departments will redirect half of all the alleged expenditure reductions—some $117 million—towards their own departmental activities. Instead of reducing the deficit, half of the cuts will be used to finance other government activities within those same departments. So while Finance may be alone in receiving a major increase in its spending to reinvest on top of its “cost savings”, it is not alone in redirecting “saved” funds away from deficit reduction and towards new projects dear to Liberal cabinet ministers. Nine other departments will be doing the same thing. See the table below for exact amounts.

Left – Right in the table: name of department, how much money it was authorized to spend in last year’s budget (not what it actually spent, but these are the figures the government used in its presentation of the cuts), the cuts as announced in the detailed list in Budget 2016, the money it is authorized to spend in the coming year from the Estimates, and the remaining columns are simply the result of adding or subtracting these official figures. Column 5 shows the difference in the estimates (Column 4 minus Column 2); Column 6 shows if the cuts were greater than those announced (Column 5 minus Column 3); Column 7 shows how much of the cuts—or, in the case of Finance, Justice and Natural Resources, cuts plus increases—are left with the department to spend on other things (Column 5 plus/minus Column 6).

When the Liberals in Quebec under Jean Charest pulled the same stunt they invented a new term for it: “re-engineering the state”. Cathy Bennett prefers “to re-engineer our programs, services and delivery systems” (see page 10 of Budget Speech 2016).

If this were not bad enough, there are $154 million in cuts that were not announced by the government. They are not included in Bennett’s speech, nor in her graphics, nor in the “detailed list of expenditure reductions by department.” They are in the Estimates, which is the real budget and where spin, subterfuge and cover-up are much more difficult.

The largest cuts are in Transportation and Works. Reductions in the purchase of ferries ($38 million) and aircraft ($17 million) are understandable, but there are also reductions in spending on ferry terminals ($7 million), the St John’s and Gander airports ($8.2 million), new government facilities ($5.3 million), building renovations ($2.8 million) and road construction ($26 million) — all of which probably explains the million dollar reduction in the department’s administrative and support costs. None of these cuts appear on the “detailed” list of reductions, where the largest single item aside from departmental economies is the elimination of 24-hour snow clearing at a “savings” of $1.9 million.

The cuts to Business, Tourism, Culture and Rural Development are almost three times as large as those listed by Bennett. The principal unannounced reductions come from eliminating capital expenditures in the Business division ($8.3 million) and the effective elimination of funding for strategic product development in Tourism ($12.3 million). Perhaps they will be eligible for “Financial Assistance” from Minister Bennett’s department.

I  started this inquiry concerned by the relation between ethics and democracy, and now frankly I am really worried.

In Municipal Affairs, layoffs in almost every office of the department, from the minister’s on down, are the order of the day. Professional services in waste management are largely eliminated and there will be $3.1 million less in grants to help municipalities with their debt loads and a million less in grants for community enhancement. These will be partially offset by passing on $1.8 million of the increase in gas taxes. A $35 million slashing of grants for municipal infrastructure is unlikely to be met by the commitment to increase participation in two federal cost-sharing infrastructure programs.

In the Executive Council, Dwight Ball’s domain, the biggest reduction in staff affects those charged with transparency and accountability legislation. Outsourcing of services is to be reduced, with the greatest change—amounting to $800,000—affecting Intergovernmental Affairs. Most of the half million saved in Labrador and Aboriginal Affairs came from collapsing the office in with that of the premier. The Estimates show the cut to Women’s Policy is not a minor $400 as stated by Bennett, who is the Minister Responsible for the Status of Women, but a substantive 10 percent cut of almost $420,000.

In Siobhan Coady’s Natural Resources the single biggest change is to the monitoring of royalties. Last year the government outsourced more work in this field than it did in-house. This will no longer be the case, which accounts for two-thirds of that department’s unannounced cuts.

I started this inquiry concerned by the relation between ethics and democracy, and now frankly I am really worried. Cathy Bennett, the fast-food millionaire, has pulled a fast one on the public. Neither the scale, nor the purpose of the cuts, are what she said they were. These cuts cause pain for no net gain. The finance minister is either incompetent or dishonest—take your choice—but she most definitely must be held accountable, as too must Premier Ball. The very quality of our democracy depends on it.

Library closures “more symbolic than economically driven”
The tax on books and cuts to libraries will seriously damage the thriving literary culture in Newfoundland. These cuts will destroy the cultural hubs of… 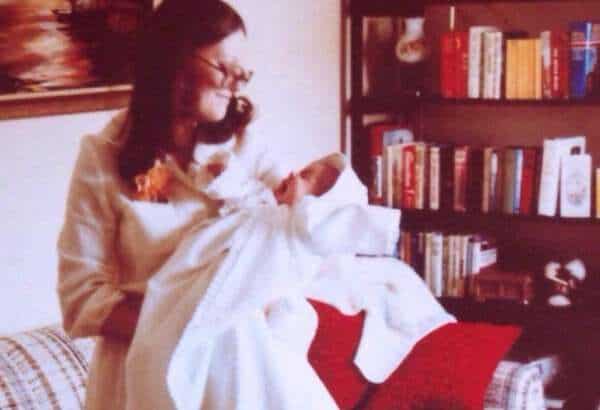 Mother’s Day, like any other day
While the second Sunday of each May is reserved as a time to celebrate mothers, for some it's an unnecessary reminder of being motherless.