On a rock in a hard place: MUN and the Davis Budget

Properly funding and managing Memorial University are fundamental public policy issues and far too important to be left to senior administration or the provincial government.

Forget everything the media has already told you and ignore what Premier Paul Davis had Finance Minister Wiseman say about university autonomy. The Davis Government did not cut $20 million from Memorial’s budget. It cut $33.6 million from the operating grant and a further $14.7 million from the capital grant and unilaterally cancelled its commitment to a $1.1 million strategic initiative.

Furthermore, the government issued MUN explicit directives on how it expected the administration to handle these $49.4 million in cuts.

How did the media get it so wrong? Well, instead of doing their homework, they simply subtracted this year’s operating budget from last year’s, but by doing so they ignored two government-mandated increases.

The first, costing $9 million, results from the application of this year’s 2 per cent portion of the provincial four-year wage template of 0, 0, 2 & 3 per cent. The second is the annual adjustment, costing $4 million, to cover the tuition freeze. Since the freeze went into place more than a decade ago, each year the university receives an increase in its base funding to cover the increased costs that would normally have been recovered through tuition increases.

Both of these additional costs are the direct result of existing provincial government policies and were included in the base funding, but then were clawed back so that instead of receiving $351.9 million for last year’s base plus these two new expenses, MUN was allocated only $318.2 million.

This exercise in ‘now-you-see-it-now-you-don’t’, is detailed in Table 1, which shows these costs and then outlines the marching orders the Ministry of Advanced Education & Skills gave to MUN on how the university should handle these cutbacks. I explain what each item means below.

Where the devil resides

The first line of government-directed cuts transfers back, for this year alone, the $4 million for the tuition freeze. The administration of MUN takes some solace in how this was done, because it implies that the money will be there next year. This is what it means to be included in base funding — it is supposed to be assured funding. This year’s claw-back does pose a real problem—more on that later—but it is apparently a temporary one.

Not so with the next item, where we have a relatively precise figure corresponding to a proposed 30 per cent increase of all graduate and all international students’ tuition fees. Please note the ministry assumes that this increase will have no effect in any way on student enrolment. A clearer statement of the Never Never Land thinking that characterizes this government in the final months of its tenure would be difficult to find.

Next is an exercise in neo-liberal accounting. MUN has long prided itself on offering quality residences at reasonable rates for students, particularly in their first years. A key aspect of student services, residences are offered on a cost-recovery basis — though no longer if Premier Davis has his way. Student residences are no longer services — they are potential profit centres. Up the price $500 a term and we are still “competitive”.

Clearly, MUN’s senior administration has accepted this confusion between operating costs and capital expenses, so let me be clear about this even if they won’t: Day to day functioning of the university now costs considerably more than our operating grants and other revenues provide.

To understand the next item we have to recall last year’s budget and then accept unprincipled accounting practices. Last year the government called on both MUN and CONA to look for “efficiencies” in their budgets. MUN found $2 million in potential savings and reported this to the government, which in turn said, great, now transfer those savings from the operating over to the capital budget, so that we only have to provide $4.9 million of the $6.9 million promised in the budget.

The really big item is the $20.9 million from the pension plan. The Memorial pension plan is, like almost all pension plans in the country, facing an actuarial insolvency due to exceptionally low interest rates. When projecting 30 years down the road, to assess if a fund has the necessary money to meet its potential obligations, we have to use current interest rates to model any future returns — thus the current very low rates create future insolvencies.

Every three years the plan is reassessed, and if an insolvency is projected the employer is legally obliged to eliminate that potential insolvency through special payments over 15 years. The last time we did this assessment, in 2012, the university plan was short $295 million and so special annual payments amounting to $20.9 a year were mandated by law.

The government wants to forego making the special payment this year. Apparently, the Board of Regents can request the government to accord them a deferment of one year, and this is what is implied here. The government tells MUN to ask the government for a deferment, and then the government says yes, so that a large legally-required payment can then be safely ignored. Frankly, I am not sure of the legality of all of this, but I have no doubt about its complete lack of legitimacy.

Unfortunately, the alternative, short of reversing government priorities would amount to cuts far too serious to even contemplate. Fortunately, since 2012 the university pension plan has done remarkably well and the potential insolvency which had been estimated at over 30 per cent is now down to “only” 13 per cent. This greatly improved situation means that the plan is better able to absorb this “deferral” than at any point in the past decade.

The final cut on the table is the elimination of the $1.1 million grant for further expansion of the engineering faculty. Several years ago the senior administration of Memorial and the government agreed to double the size of this faculty by 2020. At MUN this is known as the Tim Horton’s strategy, as it is part of a double-double promise to double research output and to double the number of the graduate students by 2020. Compromised by unplanned tuition increases and unilateral cuts, this strategy now lies in tatters.

The capital importance of operating budgets

The $34.7 million in cuts to the operating budget will have long-term effects well beyond specific faculties. And this is because of another agreement struck by MUN senior administration and the provincial government.

For years, we have needed new lab facilities for the Faculty of Science. What MUN’s administration is now calling the “core science facility” was to be the answer. Estimated to cost close to $400 million, this new structure planned for the parking lot to the west of the student centre will be the new home for the physics and chemistry departments, while providing additional space for an expanded engineering faculty.

This is the largest capital expenditure in the history of Memorial, but none of it is to be paid for by capital grants. Instead, Memorial is to receive a one-time gift of $125 million resulting from the failure by the Hebron Project to build a second module in Newfoundland as required. The rest of the funds are to be raised by a mortgage paid for out of the university’s operating budget.

Indeed, the $4 million to cover the tuition freeze and now clawed back by the government had been earmarked to meet part of this year’s $10.3 million mortgage payment. The severity of the problem this causes is compounded by the very extensive cuts to Memorial’s grant for capital expenses outlined in Table 2.

Noreen Golfman, our freshly minted provost and vice-president (academic), in commenting on why tuition fee increase are needed, blogged: “It’s worrisome. But so is our degenerating infrastructure and our hazardous tunnels.”

Clearly, MUN’s senior administration has accepted this confusion between operating costs and capital expenses, so let me be clear about this even if they won’t: Day to day functioning of the university now costs considerably more than our operating grants and other revenues provide. Any additional revenue from tuition fees or student residences will be needed to pay these unfunded operating expenses. Meanwhile, long deferred maintenance, needed upgrades to student residences, and safer labs are simply no longer priorities for either the current government or, it would appear, our senior administration.

Memorial is our only university. Our province’s future is intimately tied to the fate of this institution. Properly funding and managing our university are fundamental public policy issues; they are far too important to be left to senior administration or the provincial government.

We need an open public debate on Memorial and our future. 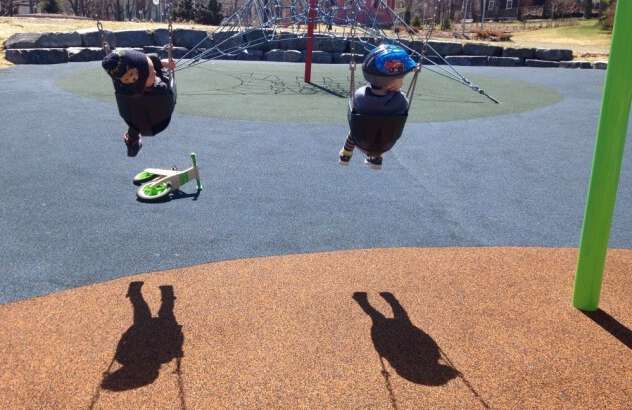 Free-range parenting? Tough choices for the modern parent
Can our desire to protect our children wind up stifling their growth? 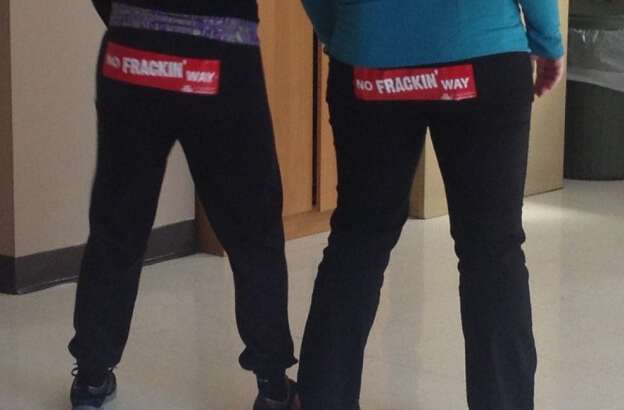