We have all heard of the $40 billion Economic Action Plan (EAP), but how many of us have ever heard of the Extraordinary Financing Framework (EFF)? Established by the Harper government early in October 2008, this program is the largest public intervention in the Canadian economy since the Second World War.

The Harper government organized the third largest banking bail-out in the history of capitalism.

The EFF authorized four Crown agencies to spend up to $200 billion to shore up our capital markets. Canada Mortgage and Housing (CMHC) was first off the mark, buying $41 billion in mortgage-backed securities from our banks between October 16, 2008 and January 23, 2009. More money was spent in three months bailing out Bay Street than the government subsequently committed to the entire Action Plan. By March of 2010, CMHC had spent $69 billion cleaning up the balance sheets of the banks.

The Bank of Canada was the other major participant in the EFF. They were tasked with increasing short-term liquidity, which basically means ensuring a greater availability and convertibility of the money supply. The Bank achieved this by allowing more non-mortgage based securities to be used by the banks as collateral for loans and by establishing currency swaps with other central banks. These extraordinary liquidity measures peaked in December 2008 at $41 billion, but continued in the low $20 billion range until well into 2010. While throughout much of 2009 and 2010, a $30 billion dollar currency swap with the American Federal Reserve was in place.

The Export Development Corporation (EDC) and the Business Development Bank of Canada (BDBC) were also actively building the Framework. For the first time ever, the EDC was mandated to invest in the domestic economy. During the crisis, half of their $5 billion in investments went to businesses operating within Canada, primarily in the resource sector. Meanwhile, the BDBC expanded both its lending and leasing operations by more than $10 billion.

If all this seems like a great deal of money, that’s because it is. The Harper government organized the third largest banking bail-out in the history of capitalism; only the UK and Norway spent more. By August of 2009 the OECD reported we had spent 8% of our GDP in support of Bay Street, while the much better known American bail-out of Wall Street cost them “only” 6% of their GDP.

Whether the bail-out worked largely depends on what you use as your yardstick. If, as Jim Flaherty repeatedly assured us, the purpose was to ensure that banks continued to lend to Canadian businesses, then it was clearly a failure. The crisis led to the largest and most rapid recorded decline in business investment in the history of the country. When the EFF was wound down in March of 2010, Canadian business investment in machinery, equipment and information technology was only half that of the ostensibly harder-hit Americans.

In 2010, the Royal and Scotiabank both cracked the list of the 25 most profitable banks in the world.

Banks in Canada continued to lend, but it was to households rather than businesses. Canadians families have borrowed their way out of the crisis. Average household debt increased dramatically and last month reached an unprecedented 147% of disposable income.

Pat on the bank

The extraordinary actions of the Harper government did, however, help the banks. We have one of the most concentrated banking sectors in the world. Four of our top five chartered banks have assets that exceed 25% of GDP. No bank in the US looms that large in their economy. This was the principal motivating factor behind the EFF. Unlike the situation on Wall Street, the major Canadian banks really are too large for the government to allow them to fail.

The EFF permitted our largest banks to grow even larger and bank profits to soar. There are two ways of measuring how large a bank is: how much capital it has and how many assets it controls. Prior to the crisis, no Canadian bank ranked in the top 50 banks in the world by either measure, now two banks make the grade by each measure, the Royal and ScotiaBank by capital and the Royal and TD Group by assets. In 2010, the Royal and Scotiabank both cracked the list of the 25 most profitable banks in the world. Viewed in this light, the Extraordinary Financing Framework was a resounding success. 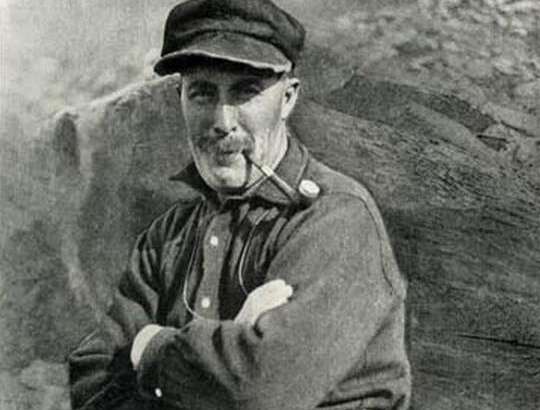 Arctic adventurer
Captain Bob Bartlett of Brigus skippered some of the most famous – and dangerous – expeditions ever made to the Arctic. This month is the…

Working together, on a plan :)