Lower taxes, ah yes, but for whom?

Listening to the leaders’ debate, you might think Stephen Harper’s policy has been to lower taxes. He has, indeed, overseen $20 billion in reductions, but these have been overwhelmingly targeted to benefit a minority: the fewer than one-quarter of Canadians who earn enough to be in the higher tax brackets.

What is Jim Flaherty’s strategy?

In only one of the six Flaherty budgets has there been any reduction of taxes for the majority of Canadians. Instead, the hallmark of every Flaherty budget has been to reduce taxes by increasing the point at which people enter a higher tax bracket.

Canadians are facing reduced public services and a $13.4 billion increase in the deficit to finance Flaherty’s strategy.

Three-quarters of the 24 million Canadians who file a tax return either do not earn enough to pay income tax (34%) or are in the lowest tax bracket (42%). No changes to the tax brackets could ever benefit them. However, like all Canadians, they are facing reduced public services and a $13.4 billion increase in the deficit to finance Flaherty’s strategy.

The one major exception to this strategy occurred in 2009. Although not part of the Economic Action Plan, the government promoted it as a major element of their stimulus package. In that year, the majority of tax payers enjoyed a quarter of the tax reductions.

What does the graph show?

We see two distinct patterns. The first, in blue, shows the effect of an increase in basic personal exemptions. As this affected all tax payers equally, it shows how many people were in each tier. The second, in red, shows how the changes to the tax brackets that particular year affected high-income earners.

In 2009, the federal government increased the basic personal exemption by $720. This meant a tax break of $108 for every tax payer. It also meant that more than a half million Canadians earning between $9,600 and $10,320 a year no longer had to pay federal income tax.

Jim Flaherty combined this progressive tax reduction with the largest regressive increases in tax brackets since the Tories came to office. Almost half of the total increases of 2006-2011 for both tier 2 (48.5%) and tier 3 (47.8%) occurred in 2009, constituting the major fiscal element of this stimulus package.

As a result, roughly 700,000 Canadians who would have been in tier two paid all their taxes at the lowest rate. This is the small red bar in tier one on the graph. Tax payers still in the higher brackets each received on average $199, $425 and $519, on top of their $108 from the increase in basic personal exemptions.

With a little help for my friends

On January 27, 2009, with Canada facing its worst economic crisis since the Great Depression, Jim Flaherty clearly knew what he had to do: ensure that the tax breaks continued to flow to high-income earners. 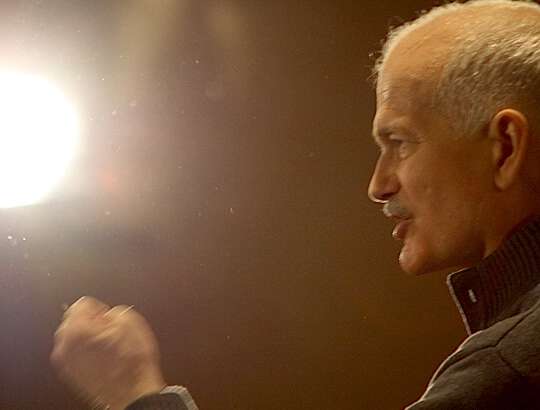