Wherein: Wally Collins keeps a lonely vigil; heritage standards are both weightless and onerous; we get a new holiday on September 30th; and a reminder to vote next week.

It’s down to the wire before the municipal election and the council agendas are getting shorter. As mentioned in our podcast episode about this election, municipal governance can’t stop because its work is essential to the functioning of daily life, but council seems to be sticking to its most rudimentary functions in these final few weeks.

Due to a Covid-19 exposure at City Hall, the council meeting was delayed to Tuesday from Monday, and moved to Microsoft Teams. The City Clerk’s office was able to pivot quickly to keep things moving along, with all councillors joining virtually—except Cllr Collins, who appears on screen totally alone in council chambers.

16 George Street is back on the agenda after council approved the installation of vertical siding, contrary to the heritage design standards and the recommendations of the Built Heritage Experts Panel. The Panel did not register an opinion on the design as a whole since they thought the applicant might want to revise their plans if council adhered to the standards for the area.

But they didn’t, because the applicant really, really wanted to not have to follow the rules, and 7 out of 10 councillors thought that was reasonable.

If I parented my toddler this way, we’d be in trouble.

On other heritage matters, 68 Queen’s Road is on the agenda. As always with matters that come up on that address, Cllr Burton is careful to stress that this application corresponds only to the townhouse development abutting Queen’s Rd and not for the more controversial condo development previously proposed as part of this development—the consideration of which has been delayed and is likely to be discussed separately at a later date.

The matter before council at present is the design of the townhouses which will stand on the site of the Anglican Cathedral Parish Hall. (Council removed its heritage designation and permitted its demolition in the spring of this year.) The Parish Hall was badly damaged by fire in the 1960s and most character-defining heritage elements were destroyed at that time—all save the archway on the east side of the building, which council required be dismantled by hand, stored offsite, and incorporated into the final design of the new townhouses.

Turns out that it’s hard to do that, so the developer is using a combination of manual labour and heavy equipment to dismantle the archway. In her introduction, Cllr Burton mentions that residents are concerned about water pooling on the sidewalk and roadway from the development of the site but that those issues would be dealt with at the development approvals stage by staff. She moves the recommendation of the BHEP, which requires further revision of the east elevation of the building, of which they very candidly say, “The Panel felt the revised design is weak and lacks authenticity.” The design which incorporates the archway will also come back to the BHEP for discussion.

Cllr Skinner rhymes off a litany of issues which have been apparently brought to him by constituents without asking for any particular information or action: archaeological monitoring, the plans for the archway, and the Ecclesiastical Disctrict’s historical significance. Deputy City Manager of Planning and Engineering Jason Sinyard puts in, “…Are you looking for information?” and (after some technological fiddling following the mayor’s connection freezing) he explains that monitoring will indeed take place and the archway will be moved offsite once completely deconstructed for indoor storage.

Cllr Hickman bizarrely asks how the proponent is feeling about the things he has been required to do by council: “Is he understanding of the value of doing this?” (Almost offering to reneg on past decisions to protect heritage without even being asked to do so.) Sinyard responds that the developer seems to feel fine—though who can truly know the heart of another, this writer wonders? Motion carries.

Council approves a tender for Phase 2A of the City’s wetland study, which will map the 88 wetlands which have been identified as being most likely to face development pressure in the near future. It’s been a long road. Following an initial tender which came in far over budget, the scope of work being pared down, the tender being reissued, now here we are: with a much smaller study which will form the basis for protecting at least some important wetlands out of the thousands in the city—for $218,293.00.

A New Day of Reflection

Cllr Burton introduces a motion to mark the newly-introduced September 30th holiday for the National Day for Truth and Reconciliation and stresses the importance of taking time to reflect on the legacy of residential schools and honour survivors and their families. Municipal buildings will be closed and services suspended. She cites the Truth and Reconciliation Commission’s recommendation to educate officials at all levels of government about the TRC, UNDRIP, and the history of residential schools. Burton also references the City’s Declaration on the Rights of Indigenous Peoples, which commits to cultural diversity training for all City staff. The Deputy Mayor stresses, “It’s extremely important that each and every one of us realize that the history that has gone before, certainly, and how we have to educate ourselves, our children, our families, our workplaces, to understand better how we can move forward with the atrocities that certainly have and continue to happen to Indigenous communities.” Motion carries unanimously.

Get Out and Vote (While Travelling at Reasonable Speeds)

The mayor and others offer congratulations to the candidates who were successful in the federal election. Several councillors suggest, again, that people ought to slow the hell down on the roads (I am, of course, paraphrasing). Cllr Skinner notes the low voter turnout in the federal election and encourages residents to “exercise their franchise” in the upcoming municipal election.

The deadline for mailing in ballots has passed, but if you haven’t yet, don’t despair! There’s a green box in front of City Hall where you can drop ballots, or you can visit a satellite drop-off location on election day, Tuesday, September 28th.

September 24, 2021 Update: An earlier version of this article said that Cllr Burton was the sole dissenting vote on approving the 16 George Street design. In fact, it was Cllr Froude. The Independent regrets this error. 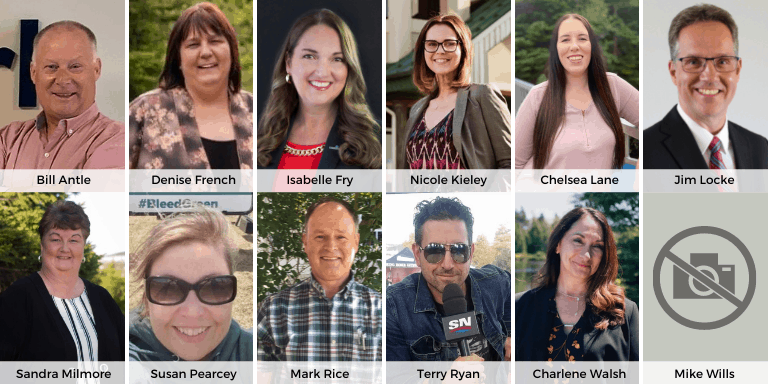 Mount Pearl Municipal Election 2021: Councillors
We asked Mount Pearl council candidates questions about why they’re running, the issues facing the city, and what they want to do about them.