St. John’s in the running for AHL team

Rumblings persist today that the AHL could be returning to St. John’s in time for the start of the 2011-2012 season in the fall.

The city has been without hockey since 2008, when the QMJHL’s Fog Devils were purchased by Farrell Miller of Montreal and turned into the Montreal Juniors. Mile One Centre has been without a major tenant ever since.

“We’re open to bringing hockey back to St. John’s and we’re in talks with two groups, that would be an honest answer to that question.” —Bill Thistle

“People can put anything out of context, but we’ve been up and down so many times it’s been like a roller coaster ride” said Bill Thistle with Mile One. “Nothing’s done yet, we’re talking to two groups, the AHL and the ECHL, and basically whoever crosses the line first with a team is someone we’d be interested in, provided we can secure a lease that works for both sides.”

“We’re open to bringing hockey back to St. John’s and we’re in talks with two groups, that would be an honest answer to that question.”

When asked about the city itself being involved in potential bidding for a team, Thistle stated that it would be private ownership or bust if hockey returns to the capital city.

“We won’t do so at the expense of an increased subsidy to run Mile One.”

There is a track record with the AHL and St. John’s, as the city was home to the St. John’s Maple Leafs for 14 seasons before they moved in 2005 to become the Toronto Marlies. The team targeted for a move to St. John’s is the Manitoba Moose, who would be forced out of Winnipeg by the pending acquisition of the Atlanta Thrashers (NHL) to play out of that city.

Sources suggest that Glenn Stanford, formerly in charge of the Leafs during their tenure on the island, could be returning to town from his post with the Hamilton Bulldogs of the AHL to run the daily operation.

For his part, Stanford was more focused on the Bulldogs current pursuit of the Calder Cup, as they trail the Eastern Conference Final against the Houston Aeros.

“[I only know] what I read in the papers, I’m with you as far as [wanting to see] a team back in Newfoundland goes, though,” he said. “Right now my focus is on our series against Houston. We’re down 3-1, we won 8-1 last night. We’ve won one [Calder Cup] in my time here, we’d like to make it another.”

It is believed that former premier of Newfoundland and Labrador, Danny Williams, may be involved in the deal somehow. He could not be reached for comment.

The AHL has expanded significantly since the Maple Leafs were a staple in the league. It now houses 30 teams, with Canadian teams located in Hamilton, Toronto, Manitoba and Abbotsford.

For Matthew Ryder’s personal perspective on the AHL returning to St. John’s, check out today’s Speaking of Sports column.

Memo to new NDP MPs
Giggling on hearing the phrase 'honourable member' is unbecoming to a federal politician. Get a grip, people. 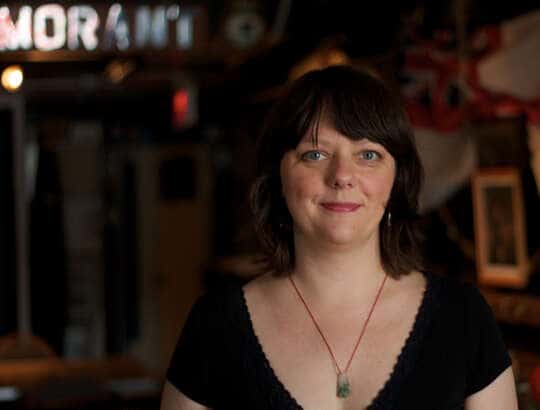 VIDEO: The Narrows, by Sherry Ryan
A live performance from The Crow's Nest