People in St. John’s joined others across the globe to stand in solidarity with Palestinians amidst the ongoing Israeli airstrikes in Gaza.

About 100 people gathered for a Palestine solidarity demonstration on Sunday, May 16, at the Colonial Building in St. John’s. It was one of many rallies held last weekend across Canada and around the world to condemn the ongoing displacement and violence against Palestinians by the state of Israel.

An attack by Israeli forces on worshippers inside the al-Aqsa mosque on May 10 triggered the latest wave of violence. This followed renewed efforts by Israeli authorities to forcibly evict Palestinian families from their homes in the East Jerusalem neighbourhood of Sheikh Jarrah, in order to make way for Israeli settlers.

Israeli airstrikes have since hammered the Gaza strip amid retaliatory rocket attacks from Palestinian groups against cities in southern Israel. Israeli forces have also killed and wounded Palestinian protestors during a historic general strike in the occupied West Bank and East Jerusalem.

Al-Jazeera reports that Israeli forces have killed at least 219 Palestinians, including 63 children, in Gaza during the latest round of violence. About 1,500 Palestinians have been wounded.

Twelve people in Israel have died, including two children, while at least 300 Israelis have been wounded.

Solidarity demonstrations coincided with the 73rd anniversary of the Nakba (May 15, 1948), a day that marks the catastrophic displacement of hundreds of thousands of Palestinians. This legacy continues today, as Palestinians are facing the imminent threat of expulsion and death due to Israeli expansion in the region—illegal under international law.

This has led to a “fracturing of Palestinian society” said Yazan Jabr, a third-generation Palestinian-Canadian who helped organize the rally. Jabr described how his family was displaced during the Nakba, stating that he “can only dream of picking oranges from the same trees that my ancestors grew.”

During the occupation, tens of thousands of Palestinian olive and citrus trees have been destroyed by Israel—the harvests of which are an important social, economic, and cultural event for Palestinians.

Multiple Palestinian high-rise buildings and housing complexes have been targeted by the Israeli airstrikes, leaving thousands injured and homeless. Housed in one of these buildings were the offices of The Associated Press, Al Jazeera, and other international media outlets. Al Jazeera responded on Twitter stating that these attacks and the targeting of journalists are a “war crime’. Despite this, the UN security council has not made any formal plans to intervene in the crisis.

St. John’s East MP and Foreign Affairs critic for the NDP Jack Harris spoke at the event and called upon the Canadian government to stop selling arms to Israel and to play a much stronger role in pushing for a resolution to the conflict. Harris stated that “the illegal occupation of Palestinian territories has been tolerated by the international community,” calling this an “abject failure of leadership.”

This echoes statements made by Palestinian Foreign Minister, Riyad al-Maliki, who recently criticized the global community for normalizing relations with Israel. Harris reiterated that countries like Canada have failed Palestinians by doing “nothing to advance the cause of peace and justice in the Middle East.”

Harris argued that members of the international community have justified their inaction by framing the issue as “complex.” In response, he stated that there are “very simple” questions that need to be asked, including: “When is there going to be justice for Palestinians? When is there going to be an end to the illegal occupation that has deprived people of the right to live in their own country?”

Harris urged Canada and other global powers to take action, stating that “the international community has to respond, it is time, this cannot go on.” He said that an emergency meeting in Parliament will hopefully be held this week.

Liam Duggan from the Communist Party of Canada also called upon the Canadian government to condemn Israel’s “widely reported genocidal policies against Palestinian people, including the ongoing forced displacement of Palestinians from their homes and their land, and its occupation by Israeli settlers.” Duggan demanded that the Canadian government respond by “recalling Canadian diplomats, and implementing boycotts, divestments, and sanctions against Israel.”

The Canadian government has been repeatedly critiqued for its role in the Palestinian crisis by supplying military goods and technology to Israel.

While political pundits have often advocated for the creation of a “two-state solution,” Duggan called for the Canadian government to “finally speak up for a peaceful and democratic solution with the creation of a Palestinian state comprised of the land occupied by Israel since 1967, including the West Bank and Gaza, with the capital in East Jerusalem, and including the right of return of Palestinians in exile, as set out in UN resolutions.”

Duggan urged the Canadian government to recognize the severity of Israel’s actions, stating that “this is genocide recognized in the UN Charter, and around the world—but not by Canada. Canada’s silence is consent.”

“Where will you take your children?”

Dr. Mansoor Pirzada, President of the Muslim Association of NL, was among those who shared their messages of hope and freedom for Palestine with the audience. While traveling through the occupied territories of Palestine, Pirzada described how Palestinians are regularly “humiliated” and reminded by the Israeli government that they are not free in their own country.

During the recent attacks, the Israeli Defense Force (IDF) has been distributing emergency evacuation notices to residents, giving them between 5-10 minutes to evacuate their homes before an airstrike. Pirzada argued that this should not be viewed as a compassionate act and urged rally-goers to empathize and imagine what it would be like if a “note [was] given to your brother or sister [saying] that in 5 minutes your house will be bombed. Where will you take your children?”

Dr. Izzeldin Abueleish, a Palestinian-Canadian medical doctor and author born and raised in a refugee camp on the Gaza strip, joined the rally via telephone. He described how the regime kills the “joy” and “innocence” of Palestinian peoples. Despite this, however, he also spoke to the “steadfast, resolute, and determined” spirit of Palestinians in the face of relentless attacks and “successive Nakbas.” He implored members of the audience to “ask, act, speak out, speak the truth, advocate and stand for justice and freedom” for Palestine.

Jannath Naveed, a visiting member of the Muslim Students Association, addressed Arabic speakers in the crowd directly through his recitation of Arabic poetry. Despite the presumed language barrier for some members of the audience, everyone listened intently and hung on Naveed’s every word.

Dr. Alaa Al-Howaide, a representative from the Jordanian Association of NL, took to the microphone and greeted the audience in Arabic and English—“As-salamu alaykum. Peace be with you.”

Al-Howaide described the situation in Palestine as settler-colonialism and “nothing more than stealing lands… the Israeli government is still expanding, occupying more land—Palestinian lands.” The Israeli occupation not only represents land theft, he said, but also represents the theft of Palestinian children’s dreams, as they are no longer able to “live in peace in a warm house with their own families without being afraid…”

Patricia Joan, the founder of the Palestine Solidarity Group and former human rights observer for the United Church of Canada, also spoke during the rally. She read a statement on behalf of the group that called upon the Canadian government to insist that Israel abide by international law.

The statement also demanded that the Canadian media report “honestly and without bias about what is happening in Israel and Palestine.” She concluded by advocating for a “non-violent end to the current and ongoing violence.”

Dr. Majed Khraishi, a Palestinian medical doctor who has been living in Newfoundland for over 30 years, asserted that the current media environment and silence of western governments was “unbelievable.”

He argued that the media coverage of Palestine pales in comparison to that of other global events, stating that “if this was happening in Hong Kong, even a small fraction of it,” the media response would be overwhelming.

Khraishi added that, while Human Rights Watch recently released a report that describes what is happening in Palestine as apartheid, “the CBC did not even mention it.” In response, members of the audience shouted the word “shame.”

“This is an unequal fight, there is no equivalency”

Raven Khadeja, a member of Black Lives Matter NL, spoke to the minimization and trivialization of the Israeli-Palestinian “conflict,” arguing that “how can conflict be the forceful removal of civilians from their homes?”

Dr. Sobia Shaikh reiterated this and asked the global community to “please stop pretending that this is a conflict, or skirmish, or whatever other lukewarm words you wish to use. This is an unequal fight. There is no equivalency. Palestinian lives are being lost, Palestinians are being terrorized. That is all. And we want it to stop.”

Shaikh, representing ARC-NL, emphasized the need for global solidarity and a critical understanding.

Robert Leamon, representing ARC-NL and IAC, concluded by speaking to the systemic roots of Israel’s expansion into Palestine. He stated that “British, French, and colonial violence have been displacing and destroying Palestinian lives for hundreds of years.”

“Settler-colonialism created the conditions for this conflict and racial-capitalism sustains it: the economy and global markets not only allow this genocide to continue, but actively encourages it by pursuing profits over the rights of Palestinian people.”

With files from Holly Fox.

Correction, May 20 2021, 1:20 PM: An earlier version of this article incorrectly paraphrased Jack Harris as “call[ing] upon the Canadian government to formally denounce and sever ties with Israel.” In fact, neither Harris nor the NDP has ever advocated for this; Harris instead called for the Canadian government to end arm sales to Israel and play a stronger role in working towards a resolution to the conflict. The Independent regrets this error. 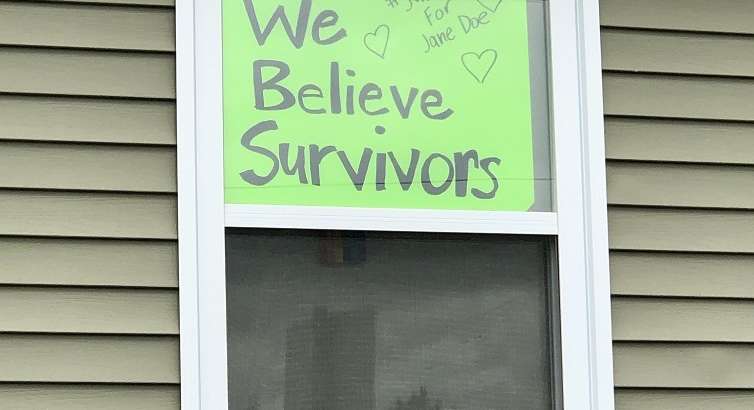 How Snelgrove Was Found Guilty of Sexual Assault
This verdict needs to provoke profound discussion about what we, as a society, can do to make justice more accessible for survivors of sexual assault. 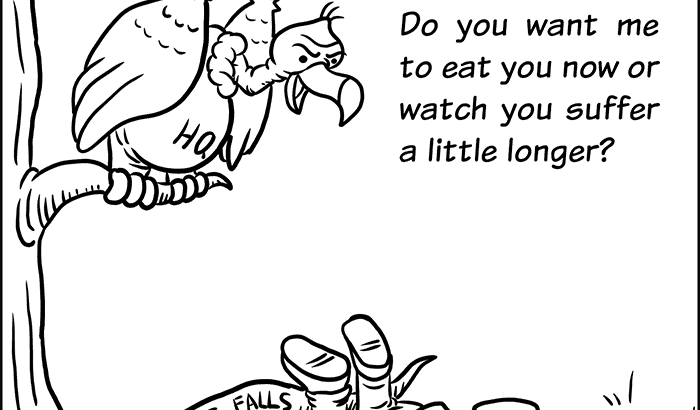