When it comes to post-secondary education, “Compared to the rest of the country, I would say Newfoundland is certainly an island onto itself,” says professor Dale Kirby. “There’s something different going on here for sure.”

In the rest of Atlantic Canada as well as on the mainland, the increasing cost of providing post-secondary education has been recovered primarily through unpopular tuition increases which have contributed to skyrocketing student debt.

Even in the stronghold of Quebec, where tuition fees are the lowest in the country for those who choose to study at home, substantial tuition increases are likely.

Meanwhile, in this province, major funding boosts, tuition freezes and the student grants program have been widely praised by the local student lobby and beyond.

But with the tuition freeze set to expire this year and a provincial election in October, the chairperson of the Canadian Federation of Students-Newfoundland and Labrador (CFS-NL) says now is not the time to “rest on our laurels.”

“If you don’t keep the pressure on when times are good, then times aren’t going to stay good for very long,” says Daniel Smith.

The organization’s Fund the Future campaign is calling for the continuation of the freeze at Memorial University and the College of the North Atlantic (CNA), as well as increases to core funding and research cash and an expansion of the provincial grant program

On Feb. 16, Education Minister Joan Burke was presented with more than 15,000 postcards in support of the Fund the Future campaign, but so far no commitments have been made.

The Liberals and the NDP are already making election promises to students, however.

Liberal Education Critic Marshall Dean told the CFS-NL he is committed to progressively reducing tuition fees and expanding the grants program until the loan portion is eliminated.

“If you don’t keep the pressure on when times are good, then times aren’t going to stay good for very long.”—Daniel Smith

The elimination of tuition fees — a longterm goal of the CFS — is part of the NDP party platform.

With an estimated price tag of more than $60-million per year for free tuition at MUN and CNA, Smith says it’s not necessarily a pipe dream.

“We’re calling on our government to do this over a number of years,” he explains. “We’re not asking for it to be done overnight.”

Over the past six years this province has dedicated more than $100-million to freezing tuition at Memorial University and CNA, which is already the among the lowest in Canada.

Since 2003, funding for those institutions increased by 120 and 60 per cent, respectively. Needs-based grants were introduced in 2007, and in 2009 the interest on the provincial portion of student loans was eliminated.

Kirby, an assistant professor in the Faculty of Education who focuses on higher education issues, said there’s a correlation between the provincial government’s post-secondary policies and decreased student borrowing and increased enrolment from outside the province.

Kirby — who is also president of the provincial NDP party— said government would be “foolhardy” not to renew the freeze and doubts it will before the fall election.

The climate elsewhere in Canada is very different.

A 39-country report by Higher Education Strategy Associates released this month stated that, “Budgetary woes are likely to create significant upward pressure on tuition fees in the near future” in Nova Scotia, Prince Edward Island, New Brunswick, Ontario and Quebec.

“They’re sitting there on the same platform together.”—Dale Kirby

Nova Scotia’s tuition freeze thawed this year and funding is about to be cut by four per cent.

Alberta has slashed 80 per cent of its non-repayable aid budget.

That report, however, also said that in this province, “Rising offshore oil revenue and a substantial cross-party consensus for low tuition seems unlikely to change any time soon.”

Financial and political circumstances aside, the relationship between government and the student lobby has a different tone and has yielded different results in this province than in the rest of Canada.

The move to eliminate the interest on provincial student loans in 2009 was a result of a petition campaign by the CFS-NL.

And as for the CFS Fund the Future effort, government itself sent out a press release making the announcement that Burke would be receiving the postcards.

“You look around in other provinces and see what’s going on, you don’t see the ministers of education necessarily sending press releases applauding the fact that they’re being lobbied, critiqued by post-secondary stakeholders, let alone student leaders and student groups,” Kirby says.

“They’re sitting there on the same platform together, more or less celebrating the policies that the government has implemented…since the Danny Williams era began,” he adds.

Kirby said it’s a sign that government is listening to students’ requests — whether they’ll get anything further, we’ll see in the budget, he said, adding a reference to the recent auditor general’s report, which noted the government’s high spending on healthcare and education.

Many of government’s recent initiatives in post-secondary education have been quite politically popular, said Smith and Kirby. 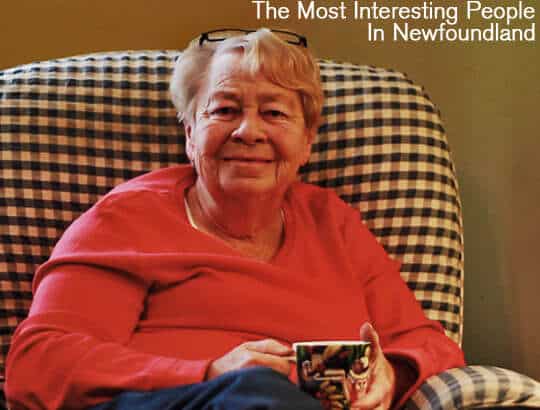 VIDEO: The most interesting people in Newfoundland | Nancy Riche
A video profile of Nancy Riche, the first in a series by Martin Connelly

Nothing to shovel in Orlando but sand
Where does this go?