The Future Project: Who will pay for tomorrow?

We can’t quite get hold of the seventh generation principle. We don’t know how to make decisions that take into account our children’s future, never mind seven generations ahead.

Years of working within various versions of capitalist economies have tied our imaginations to the money that can be made from this season’s catch, during this quarter, or, as in this gig economy, this next contract we can win.

That’s the point of the increasing income gap between the rich and the poor. When more people are struggling more and more to pay for housing and food, how can we organize to plan for a better future for generations we haven’t even thought of?

And there’s this: The future is risky, isn’t it?

The Sound of Post-Oil NL
Listen to our conversation with Delia Warren about a future economy that takes advantage of the skills of the current work force, one that doesn’t leave oil workers behind. Her organization is helping oil workers transition from the fossil fuel reliance of the past to the renewable energy that will be the future of the world. She works with Iron and Earth, a worker-led not-for-profit committed to “empowering oil and gas, coal and Indigenous workers to build a renewable energy economy.

The Initiative for Indigenous Futures: How we can imagine ourselves into the future

Sometimes in Newfoundland and Labrador it seems as though the future is the hot potato in a party game. While the music is playing, we pass it on and pass it on, hoping someone else will take responsibility. Then the music is turned off and the person not quick enough to get that potato in the hands of the next person is the loser and has to leave the game.

There’s an imaginative geography to the future that can be hard to hold onto for long enough to change the way we think and plan. When people manage to hold onto the idea of a responsibility to the future for our children seven generations ahead, interesting things can happen.

The Initiative for Indigenous Futures is one of those things that can happen.

The Initiative is the result of someone noticing that future-based imaginative stories and computer games did not include indigenous people in their future worlds. Indigenous people were always placed in the past. So the project’s leaders wanted to get a bunch of smart, creative Indigenous people together to combine arts, technology, and research to imagine the futures that could be possible for Indigenous people. In this project, the main outcomes are cyber-worlds — but the model can be used for all kinds of future-based planning.

The project wanted to develop “multiple visions of Indigenous peoples tomorrow in order to better understand where we need to go today.”

The Future Project, Newfoundland and Labrador?

My question is: what would a similar project look like focused on Newfoundland and Labrador? What kinds of virtual geographies would we create if we were building virtual communities of the future and how would that impact the way we built the future lived geographies of this province?

We need to create a way to imagine the future we want here.

We know that our leaders need an imaginative re-boot because they’re stuck on building projects that repeat the mistakes of the past.

In part 2 of Post-Oil NL, we are looking beyond the limited geographies of mega-projects. We know oil and mega-projects cannot sustain us seven generations ahead. What can we build that will sustain us when those markets collapse?

Reporter Stacey Seward talks with Delia Warren with Iron and Earth  and tells us that we can use the skills our workers learned from oil and hydro to participate and even be leaders in the new economy. But only if we plan for it and only if we invest in it. Sure, we want to get away from oil, but the best way to do this is to build on the skills and expertise our workers gained from the industry that dominated the previous century.

Writer Bridget Canning’s flash fiction pieces have so much fun with the very real emotional challenges we all face when we are re-considering our future. It’s not easy to examine our commitment the the place we have lived and to question the kinds of relationships we have built with work, with the future, with the land, and with our communities.

Poet and visual artist Katie Vautour’s visual response to the project destabilizes our sense of the present.

The future is risky, sure, but it’s also the place of possibility. Sometimes when things are going to fall apart, there’s a chance to build something worthwhile in its wake. But we have to re-thinking our possible futures.

All this started with a set of discussion papers organized by Memorial University sociology professor Barb Neis in 2016, called Asking the Big Questions: Reflections on a Sustainable Post Oil-dependent Newfoundland and Labrador. We’ve built a bunch of stories around the issues we read about in the papers: audio stories, flash fiction, opinion, and essays. (We’ll keep dropping new content every two weeks.)

If you like something you’ve read, let us know. If you’d like to write for us about an oil-related topic, send an email with your idea. If you agree or disagree, let us know.

I’d like to thank Barb Neis and the authors of the sixteen discussion papers for starting this discussion and for talking to us about their visions (or nightmares) for the future. 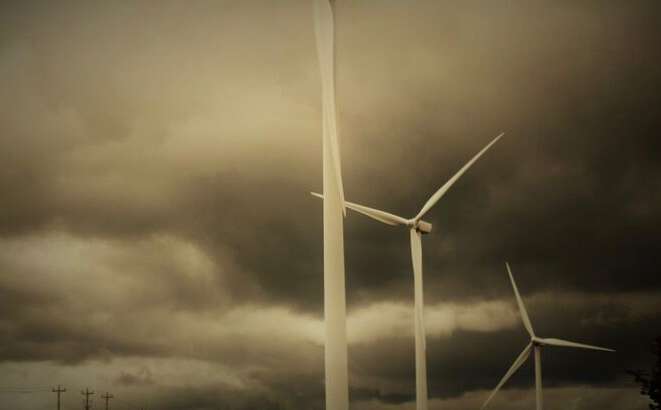 Preparing for the post-oil economy

Part 3: Newfoundland and Labrador Considers How to Maintain Its Romance