The Snelgrove Cycles: What was Done and What was Lost

Each trial is its own contained drama, but it is also a link in the chain of our laws.

In January 2015, Jane Doe reported a sexual assault from December 2014. She alleged that an on-duty patrol officer, Carl Douglas Snelgrove, gave her a ride home and then assaulted her in her apartment. Snelgrove maintains that all sexual activity was consensual. The Crown argued, in the first trial, that there was no consent because either Jane Doe did not give consent, or, due to alcohol intoxication, she was unconscious or otherwise too intoxicated to give legal consent. Snelgrove was acquitted. The Crown appealed and, after going all the way to the Supreme Court, the original verdict was overturned. They ruled that the trial judge had erred when she did not allow the Crown to argue that Snelgrove may have induced consent by abusing his position of power and authority as a uniformed, on-duty police officer.

The retrial just ended, before a verdict was rendered, in a mistrial. This time the judge (not the same one as before) mistakenly dismissed the “additional” jurors (juror 13 and juror 14) when the trial concluded before deliberations began, instead of choosing two “alternate” juror numbers at random.

We know how it ends: never. Jane Doe has had to share her experience of the night she alleges she was raped at least six times now: in statements to the police, preliminary hearings, and now two trials. Not to mention how often it has been retold by us, the media. The conclusion: inconclusive. Mistrial.

Constable Carl Douglas Snelgrove (currently suspended without pay from the Royal Newfoundland Constabulary, RNC) is already on the court docket to be re-arraigned in preparation for a third trial for sexual assault. Each participant in the trial now has just over a week to curl up into the other parts of their lives before they must gather again, a Frankenstein’s monster in the role of Sisyphus, working at odds but not allowed to move forward without each other. For the defendant with his team of lawyers and family, the Crown Counsel, the witnesses, and for Jane Doe, there is no way to put this burden down. Not even giving up will lift the weight of it. The damage exists. Even closure cannot offer erasure.

Late at night, in January of 2015, Constable Muise responded to a call in St John’s. She found a woman crying, “visibly upset,” with the smell of alcohol on her breath and blood-shot eyes. Somewhere along the drive to get her home safely, the woman in the back seat told the constable that she had been raped. Not that night. That night she was simply scared. Scared to be alone, in the dark, trying to get home while a man she had only just met was following her and would not listen. By the time the constable had arrived, that man was gone, but the other experience, from the month before, was still with her.

Constable Muise, according to her own testimony at the latest Snelgrove re-trial, immediately pulled over, turned on the dome light of the car and turned around in her seat so she could better listen to what she was hearing. From there, the RNC (and eventually the Ontario Provincial Police, OPP) launched an investigation into the rape allegations of Jane Doe against an on-duty patrol officer whose name she did not know. Allegations that began with another ride in another police car; the same smell of alcohol noted on Jane Doe’s breath and the same need for a way home, but a very different response.

Since Jane Doe first reported her assault to Constable Muise, she has been interviewed by the police twice, had to repeat her experiences again at a preliminary hearing and then testified to them at the first trial, during which, we (the media) told it again and again. Then lawyers took it up through the provincial Court of Appeals and the Supreme Court of Canada. This past month, Jane Doe told her story one more time at the retrial. We told it again too.

But after all of that, it was the judge, an experienced judge, who threw all that telling away with one mistake. Or he threw it away by deciding that his one mistake held equal weight to the cost of all that telling. The emotional cost, the sunk time, the financial costs. Or he did not weigh those costs because there is no measure built into the criminal justice system for costs like that.

Each trial is its own contained drama, but it is also a link in the chain of our laws. Jane Doe’s experiences, and Snelgrove’s assertions and choices, and all the movements and words from the lawyers and judges around them, connect through to other, future, cases. You have to get the jury dismissal right, even if the mistake was not ill-intentioned and created no bias here, because sloppy jury selection could hide bias and ill-intentions in some other case down the line. Sanctioning any of it could sanction all of it.

These frustrations, what an angry public sometimes calls technicalities and loopholes, are protections. But they seem to forever outweigh the protection of victims and complainants.

Snelgrove’s defence counsel, John Noonan and Randy Piercey, affirmed in a statement that they were happy with the case they presented at the recent retrial, but they still argued “there was no way to avoid a mistrial. The law did not support the Crown Attorney’s proposal.” They did not “ask” for a mistrial, but they “acknowledged” that “a mistrial was the only available remedy.”

The Crown saw it differently, though with noted compassion for the fatigue of all parties. Crown Attorney Lloyd Strickland explained (in response to a query from The Independent):

“I maintain the judge could have corrected the error and charged the properly constituted jury to begin deliberations again. But I appreciate his perspective—he was concerned a conviction could be overturned by a Court of Appeal who decide [sic] that the mistake was not capable of being remedied. And in that circumstance, given the length of appeal proceedings, a new trial would be even further into the future.”

To explain how the mistake could have been made by a seasoned judge in a room of experienced lawyers, Strickland said:

“In terms of the error itself—both counsel had to deliver closing arguments and the judge had to complete and review his instructions with the jury. A busy day and even for experienced lawyers and judge, a stressful day. And we get to the end, and no doubt there [was] much relief that we had gotten to the point where the case was to go to the jury, and then the fatal error is [sic] made. If you want to know why the error was made and undetected, that’s my best explanation. That final moment when you relax and sense you have accomplished all that you could—and your mind relaxes.”

He added: “I am not making excuses, I’m trying to capture the moment.”

And what is more understandable than relief at a trial like this wrapping up? Which is what makes what happened so wrenching, so maddening to everyone involved. And everyone is involved, because this is our justice system. So there are more protests in front of the court house, more families exhausted. More victims watching this and remembering this when making their decision whether to come forward.

Trials for sexual violence highlight a growing public dissatisfaction for a system that does not account for the burden and the incurred trauma of complainants. While criminal defendants have the right to counsel, the right to a speedy trial (this mistrial, though it may feel like it thwarts that right, would fall under the “exceptional circumstances” laid out in the R v Jordan case which otherwise specified a 30 month cap) and the high-hurdle protection of “beyond a reasonable doubt,” complainants have few enshrined protections or supports. They are ensured no lawyer to help navigate a system where they are often interviewed multiple times by the police, more times than the accused. In cases such as this one, predicated on consent, where the force applied and the sexual nature of that force is not in dispute, the credibility and comparative credence given to a defendant versus a complainant by the judge and the jurors is the crux of the case. But one of those parties will have a lawyer advising them from the very beginning, while the other may not. (The Crown is not the complainant’s attorney.)

The reason for the protections afforded the accused—possible loss of liberty—is clear. What is becoming more clear to more people is all that a victim may lose by coming forward. 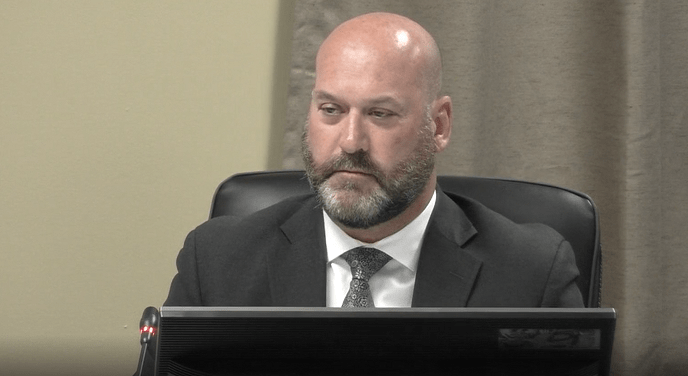 Notes From the Rafters: 28 September 2020
We are told that the City “values the input” of the inclusion committee on winter sidewalk clearing… but clearly not their actual quality of life.