No big ideas? I don’t think so.

The Globe and Mail’s editorial board claimed last week, in the process of endorsing Stephen Harper, that Canadians “were not presented with an opportunity to vote for something bigger and bolder”. TheIndependent.ca believes the contrary; we believe that this election did in fact present Canadians and Newfoundlanders with a variety of interesting and “big” ideas from all of the major national parties.

It is easy for the public to get sidetracked – via the media – from the important debates at hand, and to focus too much on rhetorics, petty bickering, and the scandal of the day. This problem seems to be ballooning with the now hourly news cycle that the internet and 24-hour news channels have created.

TheIndependent.ca tries to look “Through the Fog” of nonsense, and makes the argument that there indeed have been some big ideas by presenting just one big idea from each of the major parties:

One of the NDP’s major planks in this election is that of “fixing” problems present in our Parliamentary democracy as it stands today. Their objectives range from making relatively minor changes in terms of scope and ease, to major changes which could require constitutional amendment. Though you may have heard similar ideas in one form or another before in previous campaigns from any one of the political parties, the fact that the NDP present them in such clear language – and the new possibility that Layton may have a much greater presence in Parliament this time around – makes them important to take note of.

The smaller and more abstract of the NDP’s promises include changing the tone of Parliament, building a new and better relationship with civil society organizations, and balancing the federal budget. However, the party has very ambitious plans which would change the way our country is run. First, it wants to restrict the Prime Minister’s ability to prorogue (or “reset”) Parliament. It would prevent the Prime Minister from requesting one when facing an important vote, and require him or her seek the other parties’ support at other less volatile times. This is in response to the Stephen Harper’s numerous prorogations in recent years. The NDP are also proposing revamping the electoral system so that it more fairly represents the popular vote – i.e. amending the formula to allow for the presence of parties in the House of Commons who receive 10% of the vote but could not win riding race. The NDP is also in favour of completely dismantling the Canadian senate.

This plank of the NDPs platform represents some rather significant changes in the way our democratic system operates. And thus, it is important for Canadians to take a good look at these objectives as it seems to be set to give the NDP more weight in our Parliament.

The Conservatives have run much of their campaign conveying the “steady as she goes” message, and have been positioning themselves as the party that is NOT going to go and spend the country into huge deficit – and so they have offered much less than the other parties in terms of big ideas. However, it is clear that the party does have plans which will change the Canadian justice system one little piece at a time.

The Conservative platform is heavy on their “tough on crime” agenda, but instead of offering an overarching theme, a look at the party’s plans reveals a very piecemeal approach. The Conservatives plan to heavily crack down on drugs within prisons; ending concurrent sentencing for multiple child sex offences and child pornography offences; provide enhanced EI benefits to parents of murdered or missing children; add vulnerability due to age as an aggravating factor to those who commit crimes against the elderly; end house arrest for serious personal injury offences, strengthen the handling of violent and repeat young offenders; strengthen the laws of self-defence, defence of property, and citizen’s arrest; and of course dismantle the long gun registry. The extensive list of changes here, changes there, goes on.

The Conservative justice agenda is not packaged into a sexy and streamlined communications package, but the party obviously does have very specific goals in mind – objectives which, when combined, could culminate into major changes.

The Liberal Party – Support from Student to Senior

The entire Liberal platform this time around is based around the theme of “equal opportunity”. The party’s biggest ideas centre in what it has dubbed the “family pack” – three new initiatives which have the potential to significantly change the daily lives of Canadians.

The family pack aims to support Canadians at different stages in their lives, offering support for students, families, and seniors. The learning passport creates a new post-secondary bursary of $1,000 a year for four years for every high-school student who chooses to go to university. The family care plan will offer direct support to those who in a situation where they are caring for elderly or seriously ill family members. The secure retirement option creates a voluntary savings option built into the Canada Pension Plan to make it easier to save more money for retirement.

Though the “family pack” is not nearly as ambitious as the NDP’s political reforms, or as practical as the Conservatives’ agenda, it is a combination of initiatives which could significantly and immediately change the financial situations of many Canadians – especially those who are simultaneously seeing children on the way to university, caring for ill loved ones, and trying to save for retirement.

Though almost a million Canadians voted for the Green Party in 2008, the party still remains seat-less. In Newfoundland and Labrador their presence is minimal – they have fielded candidates in each riding however some of those candidates don’t even live here. For that reason the party struggles to have their voice heard in this province, and shake the idea that they are just an environmentally friendly crowd.

That being said, the Green Party platform is quite heavy on environmentally friendly and sustainable initiatives, however one recurring theme through their platform is their strong focus on global initiatives including: bringing in urgent and aggressive measures required globally to avoid catastrophic climate impacts; changing Canada’s mission in Afghanistan to one addressing poverty and governance; making global poverty history; promoting fair global trade; and ending unfair subsidization of failing industries.

These initiatives are rather broad, and indeed the entire Green Party platform is light on detail – despite providing a 2011 government budget. However it does give a good indication that the Green Party is just as much about globalizing national policy as it is about the environment.

We can only touch on the general themes and ideas of the parties here. A party’s entire platform cannot be summed up in a few lines of text, and a voter’s choice should never be made based on what any media outlet decides to present. The idea of “buyer beware” applies to elections as well, and thus there is the responsibility for the voter to perform their own due diligence. Visit our election page to view and read the full platforms of all of the national parties.

Exercise your right to vote
Which candidates are fighting to get Canadians active, healthy and happy? 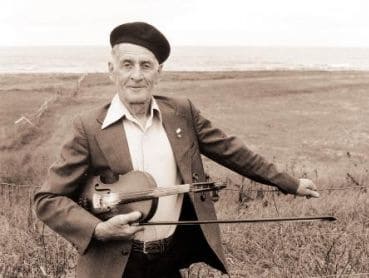