Fish, Food and Allied Workers President Earle McCurdy said a lot of people got their hopes up about the fisheries Memorandum of Understanding (MOU) when it was announced in 2009.

“They were expecting something significant to arise, and at the moment we’re not sure anything will,” McCurdy said. “Quite frankly we’re not prepared to let the ball drop there.”

The provincial government is not making any commitments regarding the recommendations contained in the Report of the Independent Chair: MOU Steering Committee, which was released Friday.

“Our government will have to determine the merits of the proposals and develop an appropriate provincial response,” Fisheries Minister Clyde Jackman said in a release. “The response will reflect the interests of all stakeholders to the industry, including harvesters, processors, plantworkers, deckhands, communities and the supply and service sectors. We also committed to taking the report to the Federal Government for their consideration.”

“They were expecting something significant to arise, and at the moment we’re not sure anything will,” —Earl McCurdy

The report suggests significantly reducing the number of fish processing and harvesting licences available to make the industry more viable. The recommendations would cost more than $450 million to implement, not including compensation for displaced workers.

McCurdy said if the price tag is the issue, then government should be willing to negotiate.

“If the two levels of government wash their hands of this… as it relates to the issue of capacity and rationalization, then the last 18 months will have turned out to be a colossal waste of my time and whole lot of other people’s time,” he said.

“Quite frankly, I think the good Samaritan applies here. Is the government really saying ‘we’ve documented that those fleets are in terrible shape financially and  job done’ or you know, are they going to say ‘well let’s sit down, roll up our sleeves and say now that we’ve identified a serious problem, let’s co-operate in how we go about fixing it,'” he said.

McCurdy praised the marketing section of the report, saying it accurately represents the work of the group and contains good recommendations for improving returns for the industry.

The report revealed also that fewer people are working in the industry. Since 1998, the number of fish harvesters in the province dropped 35 per cent and the number of plantworkers declined by 43 per cent.

The provincial government signed the MOU at the request of the FFAW and the Association of Seafood Producers on July 11, 2009.

McCurdy said he is requesting a follow-up meeting with the group’s steering committee to figure out what will happen next.

The full document is available here. 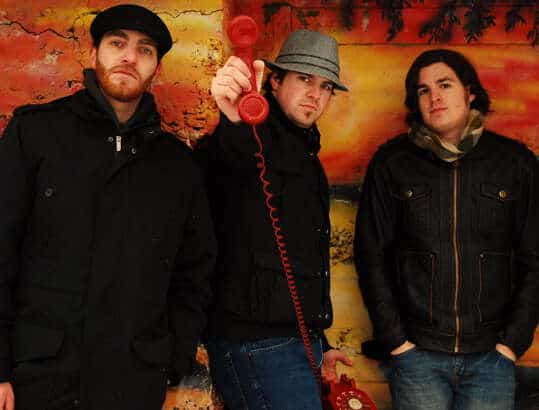 In search of discipline? Borrow it
Sometimes it seems impossible to get out of bed and make the effort to go after what truly excites us