Events in Stephenville, St. John’s and Moncton, N.B. this weekend renew call for permanent ban on fracking and shift of focus to clean, renewable energy

Residents on Newfoundland’s west coast breathed a sigh of relief last November when Natural Resources Minister Derrick Dalley announced a province-wide moratorium on hydraulic fracturing pending further review. But with no indication the government will seek an independent review, those concerned about the controversial practice creeping into Newfoundland and Labrador are not holding their breath.

Some groups, including members the First United Church in Stephenville, are calling for an outright ban, and they will reassert that message this Saturday when they hold a second “People’s Frackdown” town hall event featuring presentations about the dangers of fracking.

Dalley has said in the legislature the government will conduct an internal review on fracking and hold public consultations before making any decisions, but First United member and Kippens-based folk musician Joe Wiseman says Newfoundlanders and Labradorians need only look to other communities’ experiences to see fracking poses too much of a risk to the environment and human health to let it into the province.

“Anybody that does any amount of research whatsoever – and it doesn’t take very long – you find example after example of horror story after horror story,” he says.

“Once you’ve pumped that (water), once you get that stuff up, you gotta put it somewhere. You gotta take it away and you gotta do something with it,” he continues, before pausing. “We’re living on and island.”

Wiseman says if their efforts don’t lead to a permanent ban on fracking they are confident an independent scientific review “would show that hydraulic fracturing in this area (is not safe).”

Saturday’s event, which will take place at the United Church Hall, will feature a series of speakers and a First Nations Drum Ceremony. It is a follow-up to a similar event held last month in Stephenville, which attracted about 50 people who signed petitions calling for a nation-wide ban on fracking.

Last winter, in response to interest from at least three junior exploration companies to frack wells in the Green Point shale formation, residents from several west coast communities began assembling to share their concerns over fracking. Hydraulic fracturing involves the high-pressure injection of large amounts of freshwater, sand and chemicals deep into the Earth to break up rock and access oil and gas through the fissures.

Small gatherings of concerned west coast residents quickly grew into a grassroots anti-fracking movement that spurred more and bigger events in several communities from Gros Morne and Corner Brook down to the Port au Port Peninsula and Bay St. George.

On Saturday members of a Moncton anti-fracking group will convene for the first time since that day to “debrief” and show solidarity with Newfoundland and Labrador’s anti-fracking movement, says one event organizer, Pamela, who did not want to share her last name after receiving online threats in recent months.

“After Oct. 17, that really shook a lot of people up, and we never really sat together and debriefed,” the mother of two told The Independent on Thursday from her home in Moncton. “It’s not really a planning meeting, we just want to get together and celebrate what we accomplished all summer and to make a pledge that we’re ready for when spring comes.” SWN eventually concluded its testing for the year and has not indicated whether it will be back in 2014 to do further work in the area.

“Newfoundland started to fight (fracking) earlier than we did, so that’s fantastic,” she added, saying she hopes efforts to keep fracking out of Newfoundland and Labrador will be successful so tensions don’t escalate to the extent they did in New Brunswick.

Solidarity actions were held across Canada after the Oct. 17 incident in Kent County, strengthening the anti-fracking movement in New Brunswick, Pamela explained. Now some in N.B. are prepared to support the movement in Newfoundland. “There (were) quite a few people this summer that are from Newfoundland that might be going to Newfoundland. People are starting to travel farther. Cape Breton’s going to be looking for help (this summer). Everybody’s in solidarity and people are willing to travel.”

Mounting opposition to fracking on the Island and growing concerns over the consequences of the Muskrat Falls project in Labrador, coupled with the recent Island-wide power blackouts earlier this month, are prompting some to start exploring other ways to address the province’s energy insecurity problems.

In another show of solidarity for the west coast anti-fracking movement, a group of St. John’s residents are hosting a “DIY (do-it-yourself) Energy Fair” at Sobeys on Merrymeeting Road in order to collectively “think about alternate sources of energy,” says event organizer Deanna Rouzes, originally from Cape St. George. The information session will feature a few demonstrations of how to build small-scale renewable energy mechanisms to light and heat your home, and to discuss “why we as a province don’t talk about them more, and why we aren’t doing what other countries are doing,” says Rouzes.

“A lot of other countries in the world produce green, renewable energy that’s sustainable for them, so we wanted to bring to the forefront…that if more attention and focus were being put into sustainable and renewable energy that we could advance ourselves more as a province in becoming energy self-sufficient,” she continues. “And therefore we wouldn’t need to pursue energy that is polluting groundwater and ruining the land and making people unhealthy.”

Sierra Club of Canada Conservation Chair Fred Winsor will speak at the St. John’s event Saturday afternoon. He says by neglecting to implement feed-in tariff legislation, the province is missing out on an opportunity to become energy self-sufficient in a way that is less damaging to the environment and human health than its current course of developing the fossil fuel industry and large scale hydro.

“If we were moving towards a feed-in tariff system where lots of people could, if they meet the basic requirements, produce electricity in their own house and then sell the excess to Nalcor – that would really change the whole situation because you’d have a substantial number of people who would be generating their own electricity with the knowledge that they could sell the excess,” he says. “So all of a sudden it would become profitable for people to get into that, the production of electricity.”

Editor’s note: If you would like to respond to an article on TheIndependent.ca or address an issue we haven’t yet covered, we welcome thoughtful and articulate Letters to the Editor. You can email yours to: justin(at)theindependent(dot)ca. Not all letters will be printed, but all will be read.
Justin Brake (he/him) is an independent journalist from Newfoundland who currently lives on unceded Algonquin territory in Ottawa. 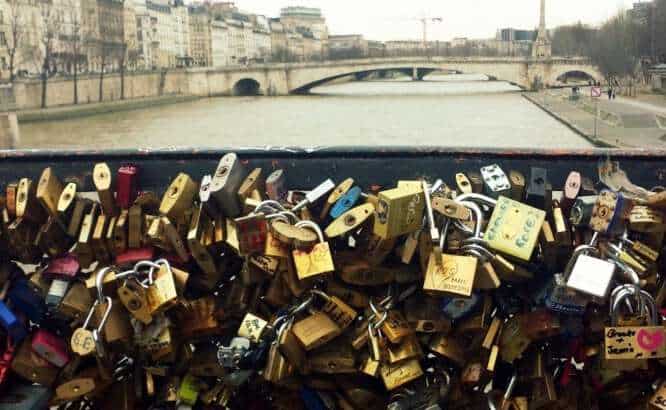 Future dreams in present verb tenses
Visualize the future? Live in the present? With so much conflicting advice, it's hard to know how best to turn our dreams into reality!

We use what we generate
Electric heating is old technology that's bad for us and the environment. If we want to become energy secure, we must first appreciate there's more…