Monsters of the west coast

Did giant amphibians once roam the Codroy Valley?

You’ll never find a dinosaur in Newfoundland. The rocks are simply too old. Occasionally, bits of them turn up in offshore oil wells, but if you’re taking the kids out fossil hunting and you don’t have access to a major ocean drilling platform, it’s probably best to prepare them for disappointment.

There is, however, a chance they could find the bones of giant, ancient, land-dwelling animals if they go to southwestern Newfoundland, after a graduate student at Memorial University made a fantastic discovery there.

The rocks of Northwest Cove, near St Andrew’s, were deposited in a river system about 325 million years ago, at least 75 million years before the fearsome lizards appeared on Earth. This was a critical period in Earth history, as animals began moving out of the water to colonize the land, but fossil evidence of such creatures has been lacking in Newfoundland & Labrador.

Fossilized plants are commonly discovered in the Codroy area, including forests of giant tree-ferns, but never any animals. Contemporaneous deposits around the Bay of Fundy, however, are teeming with fossil bones, so palaeontologists suspected there were exciting discoveries to be made in the province.

The bone is sturdy enough to have come from a large creature, but how do we figure out what kind of creature?

It still takes someone to find them. That lucky soul was Lina Stolze, who was taking part in a MUN field school last May, studying the geology of the west coast. In a rock fall at the foot of a cliff, Lina spotted something she thought was a piece of fossilized wood. Closer inspection revealed it was much more exciting than that: it was a bone.

Around 15 cm long, the bone (pictured) is sturdy enough to have come from a large creature, but how do we figure out what kind of creature? Nothing like it has ever been found in the province before.

Well, it helps to have a couple of experts with you, as Lina did, including a researcher – Małgorzata Bednarz – with a Masters degree in fossil amphibians. It’s also very useful to be able to compare the bone with those collected from the Bay of Fundy, where the fossils include fish, reptiles and amphibians.

With just one bone, it is hard to reach definitive conclusions, but by combining expertise with environment, a sensible interpretation can be made. The bone was found in a rock most probably deposited on a floodplain, so is unlikely to belong to a fish, whilst reptiles of the time were very small. The most likely explanation is that the bone came from an amphibian, and a fairly big one at that.

So did giant “salamanders” once wander the valleys of the province? It might sound a bit speculative, but fossil amphibians the size of crocodiles have been found elsewhere in the Maritimes, so it’s entirely plausible. Further finds are surely out there; who knows what else is to be discovered in the foothills of the Anguille Mountains?

On its website, the NL Department of Environment & Conservation tells us that amphibians aren’t native to the island of Newfoundland. After Lina’s find, perhaps we need to think again.

And as a predictable Englishman, I can’t resist noting that we shouldn’t be too shocked to find the odd ancient frog on the old French Shore. 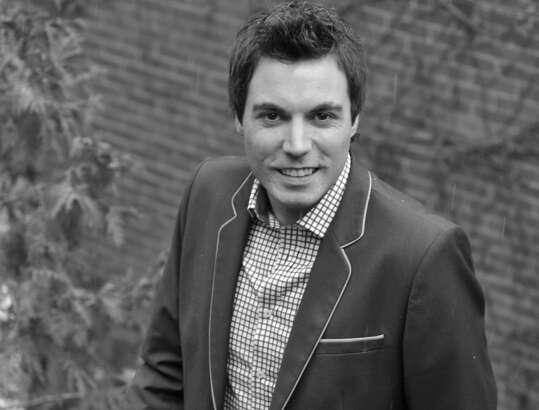