Fracking? It’s a complicated issue, but one we need to try to understand.

Fracking. If the most heated global energy arguments of the last couple of years can be summed up in a word, it’s probably that one.

When the provincial government announced in November it was declaring a moratorium on the process taking place in western Newfoundland, I was somewhat surprised. I was surprised from a political perspective: the government had previously seemed very keen to see oil or gas production kick off in the region. I was more surprised from a geological perspective, though. The rocks of the west coast are diverse and complex, but hydrocarbon-rich shales aren’t common there.

To be fair, I knew little about shales and fracking when I moved to Newfoundland. It was only through colleagues in Earth Sciences at Memorial University that I was introduced to their importance. Now, I spend most of my time researching them.

So just what is fracking? What likelihood is there that it will happen in Newfoundland? And what might happen if it did? The first fossil fuel of the internet age is a minefield of misinformation, and science is often overlooked in favour of opinion. We need facts before fracks, and in this two-part report, I will try to provide some.

It’s always wise to begin with geology. Shales are mudstones, sedimentary rocks formed by layers of mud accumulating over millions of years and slowly being squeezed and compressed into stone. Mud is the most abundant sediment on Earth, covering most of the sea floor and much of the land. As a consequence, mudstones are also very common.

Muds and mudstones are composed of four main components: clay (tiny, flat mineral particles), quartz silt (small pieces of this common, tough mineral), carbon-rich organic matter (the broken-down bodies of plants and animals), and calcium carbonate (lime, often from shells). These occur in different ratios in different mudstones, but geologists often give the name ‘shale’ to clay- and organic matter-rich mudstones that split into thin layers. Should you care about such matters, the etymology is the same as that of ‘scale’ and ‘shell’.

Contrary to some claims, most shales are neither gassy nor oily. They need to have formed from muds with a high quantity of organic matter in them. If those muds then get buried, compressed and heated, the organic matter is ‘cooked’ and broken down, and hydrocarbons (oil or gas) are produced. This typically requires temperatures of at least 60 degrees Celsius, which normally occur two kilometres or more below the Earth’s surface.

Once it is generated, the buoyancy of the oil or gas means it will try to rise upwards. If it succeeds, it will escape to the surface and be broken down. If it succeeds partially, but then becomes trapped in an overlying rock layer, a conventional hydrocarbon reservoir will be created. And if it fails, the oil or gas will remain trapped in the shale, forming an ‘unconventional’ reservoir.

The shales of interest in western Newfoundland belong to strata known as the Green Point Formation. These rocks are around 485 million years old. Normally such ancient strata have been baked and squeezed for so long that they contain very little oil or gas. However, despite their antiquity, the Green Point shales are thought to consist of up to 10 per cent organic matter. Since shales with as little as two per cent organic content can be an economic source of hydrocarbons, it’s easy to see why companies are keen to investigate them further.

In many articles, ‘fracking’ is used to cover the entire system of shale gas exploration and production. Strictly speaking, it should only be used to describe the hydraulic fracturing process.

Shales contain countless tiny pores within which natural gas or oil can be trapped, but these pores are not interconnected. As such, shales have very low permeability and the hydrocarbons will only flow very slowly through the rock. To extract them economically, hydraulic fracturing is used to create artificial flow pathways.

A well is drilled down to the shale target horizon, then horizontally through it. The horizontal part of the well is perforated with explosives, and fracking fluids are forced through the holes at high pressure. These injected fluids create networks of thin fractures in the shale, through which the hydrocarbons can then flow out of the rock and into the well.

The fracking fluids are mostly water, but also contain ‘proppants’ such as sand, used to prop the artificial fractures open, and chemical additives. The precise chemical composition depends on the geology. If the shale contains calcium carbonate, hydrochloric acid might be used to dissolve it, whilst polyacrylamide is added to reduce the friction of the fracking fluids, and biocides used to stop the growth of microbes within it. If you want to explore the chemistry in more detail, the FracFocus website provides a lot more information.

All sorts of claims – positive and negative – have been made about the impacts of shale gas and shale oil extraction, particularly in the USA, the only country where the process is widespread. The scientific problem there has been a lack of baseline data. Few environmental measurements were collected before fracking began, making it difficult to demonstrate conclusively which observed effects are causal and which coincidental.

One of the common fears is that fracking causes earthquakes. Induced seismicity, as man-made tremors are properly known, is associated with various human activities. Whilst fracking does produce tiny quakes, there is a very low chance of it causing an earthquake you can feel at the surface. Much larger seismic events have been produced by mining, conventional oil and gas extraction, and even the impounding of water to produce a reservoir.

The injection of waste water into underground rock formations, a technique sometimes used for the disposal of fracking fluids, can cause felt seismicity. As the US Geological Survey explains, this has been linked to an increase in earthquakes in some US states. It is therefore crucial that the geology of an area is well-understood, and that seismic activity is monitored. UK experts have recommended a ‘traffic light’ mitigation scheme for sites where fracking is used.

Another concern is that fracking can enable pollutants to flow upwards from a shale horizon into an overlying aquifer. Research by colleagues of mine has shown that there is a less than one per cent chance of a man-made hydraulic fracture propagating upwards more than 350 metres, with 588 metres being the highest vertical distance recorded.

Since most groundwater aquifers are a couple of hundred metres below the surface, and the target shales are normally at depths of two to three kilometres, the likelihood that fracking could create a pathway by which fluids contaminate a groundwater aquifer is very low.

Of much greater concern is the long-term integrity of the wells drilled to extract shale gas or oil. Most hydrocarbon wells drilled will pass through an aquifer, and if the well fails, pollution of the surrounding environment could occur.

A recent study I was involved with examined this topic. In reviewing oil and gas wells drilled globally over the last 100 years, it found well barrier and well integrity failure rates of 1.9 per cent to 75 per cent. This variation is due to differences in the number of wells included in each study, their age, their design, and the geology they penetrate.

When it comes to the integrity of shale gas wells specifically, the only large datasets available are those from the USA. Of more than 8,000 shale gas wells examined in Pennsylvania between 2005 and 2013, for example, 6.3 per cent had well barrier or well integrity failures. Barrier failures are where part of the well fails, such as a cement layer or a steel casing, but does not lead to a leakage. Integrity failures are where all well barriers fail, establishing a pathway that enables leakage into the surrounding environment.

Data from existing well sites don’t prove that new, hydraulically fractured wells will leak; drilling technology changes and improves over time. However, the risk can never be eliminated. Authorities must implement robust regulation and long-term monitoring, so that issues can be identified early and the risks can be reduced. It would be beneficial if monitoring data were made publicly available.

All the above issues – and many others, such as concerns about fracking-related traffic or ground subsidence – are broadly regional. Communities and local authorities can weigh up the pros and cons before making a decision.

The key global question about extracting hydrocarbons from shales – and perhaps the topic we should be focusing most strongly on – is what its impact on the climate will be. The USA has recently announced a fall in its greenhouse gas emissions and attributed this partly to the replacement of coal with shale gas. Conversely, environmental groups have argued that the data are selective, and that the burning of fossil fuels is inadmissible under any circumstance.

In the next part of this report I will examine these bigger questions in more detail, and then turn the focus back to western Newfoundland. Is fracking likely to get the go-ahead in the province? And should ‘unconventional’ hydrocarbons play a part in our future energy mix?

Liam Herringshaw is a post-doctoral researcher with ReFINE, an independent research consortium that receives both public and private funding, including funding from the energy industry. 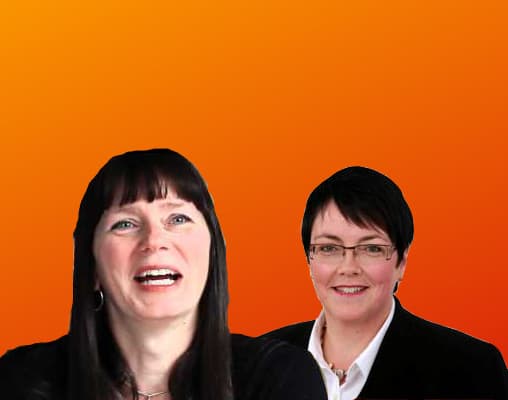 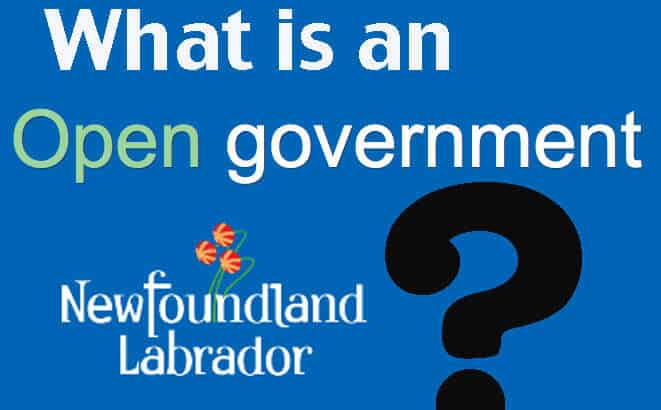