I used to think I knew where I stood on the seal hunt. Now I’m not so sure.

Of all the things I acquired whilst living in Newfoundland, pretty much my favourite is the t-shirt I bought in St John’s that says “I ♣ Baby Seals” on the front.

I enjoy the slow-burning response it gets from strangers outside (and inside) Canada. “Aaah,” they smile at first glance. Then their brain kicks in. “Oh,” they suddenly frown. The only variant that might get a stronger reaction would be “I ♠ Cats”.

Ever since I started writing this column I’ve toyed with the idea of broaching the most obvious and contentious of marine Canadian subjects. The arguments are polarized and often po-faced. The foes of the ice floes should not be taken lightly.

With two key events this month, though – the World Trade Organization consideration of the EU ban on seal products, and the centenary of the 1914 Sealing Disaster – I finally felt compelled to pen some thoughts.

As with plenty of other liberal, land-lubbing limeys, I had a pretty clear-cut opinion of sealing when I moved to St John’s. It was brutal, anachronistic and unnecessary, on a par with fox-hunting or bullfighting.

However, I like to believe that I am more swayed by evidence than emotion, and over the years I spent in Newfoundland, I began to realize that the business of sealing was – to use a phrase I repeat tediously about a variety of topics – a bit more complicated than that.

Arriving on The Rock in winter helped. When you’ve grown up somewhere as small, mild and fertile as Britain, your perspective of seasonality and resource availability is rather skewed. You can get whatever you want pretty much whenever you want it. Visiting a St John’s farmers’ market in spring to find only doughnuts, chutney and a few root vegetables was an eye-opener.

Reading Death On The Ice was another. Given my background, I expected to find it very difficult to relate to the story, or sympathize with the swilers. Instead, I whizzed through the book in a matter of hours, then went back to the start and read it again.

An extraordinary story, mesmerizing in its tragedy, it reads like an ancient fable, yet it happened the year before my grandpa was born. The harsh lives of the men who sailed on the SS Newfoundland was such that they could just as easily have been from 1614 as 1914.

But, still, it was a hundred years ago. Surely it has no relevance to a sealing debate now? The poverty of the times was such that people had no employment options other than hunting seals. This province’s modern, oily wealth makes such activities redundant, doesn’t it? The EU trade ban certainly suggests that it should be so.

To talk of marine petroleum seems appropriate. There is a seamless link to Newfoundland and Labrador’s big industry of the moment, since sealing (and whaling) was of course the original offshore oil industry.

Consequently, I can’t resist making a (semi-)facetious comparison. Hydrocarbons provide heat and energy from dead things, but are non-renewable. The previous source of heat and energy, in the form of oil and skins, was the seals, which as living things are renewable.

Our species’ track record of resource management is not exactly dazzling. Around these parts, the cod and the great auk stand out as salutary reminders. Nonetheless, the EU is a strong proponent of green energy sources and one area it sees as potentially important is the use of animal biomass.

The term is often rather vaguely defined, but animal biomass is, well, animals and their waste products. Generating animal biomass power involves the burning of these things. In the UK, chicken shit is particularly popular (no, really), but it can just as easily be offal. In the US, researchers have argued that, rather than being dumped as landfill, the waste fat generated by the alligator meat-processing industry could form an excellent biodiesel.

Given their concerns about the wastefulness of sealing, couldn’t Brussels get behind its biomass potential? Rather than burning irreplaceable, climate-changing fossil fuels, renewable seal biodiesel could power trucks, cars and motorbikes.

OK, perhaps not, but I do find it odd that the EU wants to put an end to commercial sealing in countries such as Canada whilst subsidizing bullfighting in its own member states. As a meat-eater and leather shoe-wearer, I am not in a position to extemporize pompously, but is the killing of animals for traditional entertainment really more acceptable than the killing of animals for fur, fuel and food?

Death of the ice

From my outsider’s view, regardless of what the WTO decides, it looks as though commercial sealing is dying. International opposition has taken its toll, as must the mobility of the modern job market. The melting of Arctic ice will surely exacerbate its decline.

Phocinids (harp seals and their close relatives) have occupied ice floes for more than 12 million years. They have dealt with dramatic climate changes during that time, but the current warming phase is rapid. It is often stated that the harp seal population is enormous, and this is used as a justification for sealing. Recent research, however, indicates that, as the sea ice retreats, so harp seal mortality increases.

The litany of death preserved in the fossil record tells us nature is ceaseless, changing, uncaring. Human concepts such as tameness and cuddliness are just that: anthropogenic.

The negative impact of seals on fish stocks is another key part of the pro-sealing arguments, so I was interested to note a new study on the impacts on cod recovery in the Gulf of St Lawrence. Although harp seal predation plays an important role in the numbers of fish, the researchers argued that the key factor is water temperature. Just as opponents shouldn’t reject sealing out of hand, so the pro-sealing lobby shouldn’t ignore the dynamism of the environment, and their impacts upon it.

The litany of death preserved in the fossil record tells us nature is ceaseless, changing, uncaring. Human concepts such as tameness and cuddliness are just that: anthropogenic. Though I am instinctively lily-livered about the mass slaughter of animals, I am also – as noted above – an omnivore who doesn’t hunt. The most evolutionarily derived creature I’ve ever killed is a fish.

Each of us absorbs our own hypocrisies. Many of the most ardent environmentalists I know work in the oil and gas industry. Given the abundant use of seal meat in cat and dog food, plenty of pet-owners must have signed anti-sealing petitions only to go home and feed their beloved companion a delicious tin of diced pinniped.

As much as possible, we need to get a local angle to examine the full picture. I couldn’t help chuckling at the recent Oscars ‘sealfie’ story, but there is an important point hidden within it. If people want to utilize a local resource, they have – within reason – a right to do so.

When you’ve grown up in mild and fertile countryside or a well-resourced city, your perspective is inevitably skewed. Mine certainly was. Until I lived here, I had little understanding of the lives and landscapes of Newfoundland and Labrador. I still don’t, really.

Other than being on a fence, therefore, I don’t quite know where I sit in the sealing debate. I just know it’s not as simple as I thought it was.

So, I’ll don my t-shirt, leave the protagonists to slug it out, and move into much less choppy waters. Yes: I shall focus my attentions next month on the completely uncontroversial world of fracking.

From breastfeeding to breasts and feeding
Objectifying women’s bodies is not fair, to women or to babies 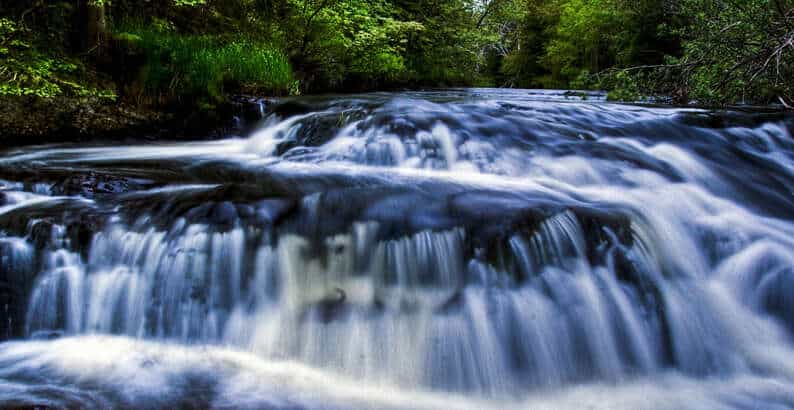 Tuning into Nature
The path to sustainable civilization begins with the realization of an ancient Truth: we are Nature.