So, anyway, where were we? Oh yes, talking about fracking.

Did you know there is a small reef called ‘Newfoundland’ just off the coast of the south-west English fishing town of Lyme Regis? I suspect not: there’s no reason why you would. I’m quite familiar with Lyme – setting for The French Lieutenant’s Woman – but I only spotted Newfoundland on an old map last year.

My curiosity piqued, I tried to find out more about it. Going back through the records, this boat-shaped bowl of subtidal strata is marked in the 1880s, and the 1900s, and the 1920s. The rock is still there on my parents’ 1980 road map, but on the modern edition it has been erased.

The reef is still there, of course, so I don’t know what fit of cartographic pique led to its removal. I do know, however, why it’s there and (probably) why it was so-named. Thankfully, it even has some relevance to the fracking debate I began some weeks ago.

As a West Country port, Lyme had strong early links to the Newfoundland fishery. Indeed, one 19th century history of the town states that it saw ‘an almost exclusive attention to the Newfoundland trade…for many years.’ However, as England went to war with just about every European country in the mid-late 17th century, the seas became extremely treacherous, and most Lyme fishermen abandoned their transatlantic voyages.

It didn’t completely grind to a halt though. In 1742, Daniel Defoe, of Robinson Crusoe fame, wrote that Lyme had ‘several eminent merchants who carry on a considerable trade…to Newfoundland’. As its name indicates, the Salt House in nearby West Bay was used to cure the cod collected. It is now a community centre, with a memorial to those fishermen who lost their lives over the centuries.

So it’s not so odd for a Dorset reef to have been named ‘Newfoundland’. I like to think it was a joke, turning the farthest journey a Lyme fisherman would ever make into the shortest.

As the people of Lyme stayed closer to home, and as the 18th and 19th centuries saw a burgeoning interest in the natural sciences, so attention in the town switched from fish to fossils. It was an extraordinary young woman, Mary Anning, who sealed the town’s future.

Often claimed to be the source of the ‘she sells seashells’ tongue-twister, Anning was a Lyme girl who developed an astonishing knack for finding ancient sea life. In the shale-rich cliffs either side of her home town, she unearthed spectacular specimens of Jurassic creatures: ammonites, sharks, pterosaurs and ichthyosaurs.

Selling the fossils as ‘curiosities’ to the town’s visitors, Anning soon found herself the centre of national attention. Wealthy gentlemen flocked to Lyme to try their luck at finding their own sea dragons. Museums and universities consulted with Anning to find out more about the fossils. Two centuries on, her presence still dominates the town, and thousands of people visit every year to follow in her footsteps.

Sea shales on the seashore

Some of those now following her footsteps are looking at the rocks in a different way. Why do the shales of Lyme have so many fossils in them? What can they teach us about shales more generally? And can they help geologists understand what might happen during fracking?

A report published recently by the British Geological Survey investigated the potential for the shales of south-east England to yield shale gas or shale oil. Beneath that region, the rocks that are exposed coastally at Lyme Regis are deeply buried. There’s no chance to go Jurassic fossil-hunting. However, the report indicates that these fossiliferous shales have been to a sufficient depth for the organic matter in the shales to have turned into oil.

This is relevant to western Newfoundland, because the rocks of Gros Morne (though much, much older than those of south-east England) are also thought to be shale oil-, rather than shale gas-prone.

The extraction process for shale oil is broadly the same as for shale gas. A vertical well is drilled down towards the target shale, then deviated horizontally into it. High-pressure hydraulic fracturing is then used to crack the shales, create permeability, and get the oil flowing out of the rock and into the well.

The viscosity of the oil is a key issue though. If it’s not fluid enough, it will be very difficult to get out of the shale. As such, one should be cautious when told that Newfoundland has shale oil resources of ‘billions’ of barrels. That might be correct, but only a small percentage of the oil can typically be freed from the rock. In some cases, the amount that can be economically extracted (the ‘reserves’) may be as little as one or two per cent of the original figure.

Cooking up a storm

All I’ve discussed so far has focussed on geological, engineering and economic issues. But what about the environmental implications?

As countless studies have shown, the greenhouse gas emissions associated with oil are generally greater than those of gas. Consequently, extracting and burning shale oil is likely to have a bigger impact on climate change than shale gas. There are techniques that can mitigate against this somewhat, such as carbon capture and storage, but we have to ask ourselves whether this is a direction we wish to be heading in.

Back in Lyme Regis, there is no interest in the local rocks for their oil or gas content, only their fossils. Nonetheless, the shales such perused by Mary Anning are useful analogues for shale successions more broadly. Knowing, as we now do, that the Newfoundland reef is a resistant limestone ledge within a unit called the ‘Shales With Beef‘ (‘beef’ is the local name given to jagged layers of limestone that occur between the shales), and understanding why it formed can provide useful insights into how shales form, and how they vary.

This is part of a broader requirement: scientific input into an emotional subject. Whichever side of the fracking fence you fall on, or even if you’re still sitting on it, data are crucial to informing the debate. 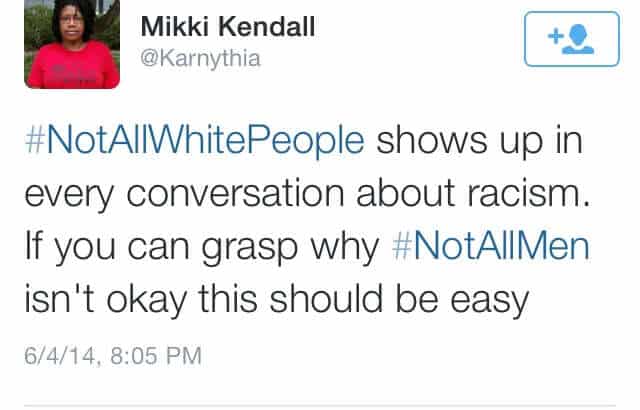 #notallwhitepeople
Racism needs to be understood as pervasive and systemic, not simply on a case-by-case basis

How to build a pop can solar heater
Did the rolling blackouts of #DarkNL 2014 get you down (and cold)? The key to staying warm may be in your recycling bin.