Lessons from a meltdown

The other day we were in the middle of a meltdown. All three of us. We were all tired and at the end of our ropes. We were on our way home and our 4-year-old darling decided that was the moment to test a limit. NO! She would NOT sit in her car seat.

“Sit in your seat or I will put you in it,” came the brilliant adult response.

Never a good approach, for so many reasons, the least of which is that we now have to follow through. She was put. Loudly and with much struggle.

Later that night my husband and I took some time to revisit the moment, as we often do to review the day. What could we have done or said to handle the situation better – or so should it happen again – so we don’t end up feeling so terribly crappy once again? Honestly, we didn’t come up with any great solutions, other than not being tired and late (sorry folks) but I did point out how happy I was that she was yelling and screaming and physically acting out. Husband agreed that any other day he would have congratulated her on the powerful hammerfist to his collarbone. I never want to kill her spirit or any part of her that reflects the innate protection instinct that she demonstrated in this instance, by acting out against her feeling of being violated and someone doing something to her body against her wishes.

The fact that it was her father putting her in her seat, doing something to her body against her wishes, didn’t and shouldn’t mean anything to her. In fact, most assaults and child abductions are by people who are known to us. Stranger danger is not going to help protect our children, and in fact there are any number of situations in which – if we’re not around to help – knowing how to select and count on the help of a stranger may be the one thing that gets them safely home to us.

I feel there are many rules we have been taught as children that are either now irrelevant or were ineffective to begin with. What to do instead? I would like to share with you a resource I believe all parents should invest in. Gavin de Becker’s book “Protecting the Gift” is a book I’ve bought and read repeatedly, and no doubt will continue to reread until my children have completed their post-secondary education (because that’s when we can stop worrying about them, right?) Until you each get a chance to purchase and read this book, here are a few of the things I’ve committed to doing in an attempt to continue to empower and honour her internal protection system and provide our family with skills that are both effective and realistic.

I will not discount her “No”. From salesmen to friends wanting us to go out with them when we really don’t feel like it, I bet we’ve all had people discount our no’s. Besides being disrespectful, it’s about the other person trying to get their needs met, while not honoring the wishes of the other. A predator will ignore her no, and her recognition that she’s being disrespected can be the first internal alarm that helps her distinguish a merely annoying situation from a potentially dangerous one. As our children play together they may say no to each other and we can help them listen to each other and respect each other’s boundaries. Otherwise we are teaching them that their boundaries are at the whim of other people.

I will take the time to listen to her concerns. She needs to feel like she can bring anything to me, whether it’s inconvenient to me or hard for me to hear. This is a pain in the ass when we are late for school in the morning but a predator has already told her that no one will believe her if she tells someone. When I don’t take time to listen to her I’m reinforcing his message and helping him out. It’s said that children tell an average of seven adults before they find someone who is able to take them seriously or listen enough to get them help. And maybe she’s dawdling for school because there’s something going on there that concerns her. My being late for a meeting, appointment, or work needs to take a second priority to listening and addressing her worry.

I will not teach her “stranger danger; I will teach her stranger safety. Most attackers, abusers and predators are people known to us. This is often why the predator telling the child that no one will believe them works. We have been taught to view the world in black and white by the media; that there are “good guys” and “bad guys” (just ask Disney!). An unshaven, tattered or disfigured man – as media often depicts it – is probably not going to be the description of a person who is hurting our children. The person she may be concerned about may be staff at their school, a family member, or a person in the home of the most fabulous babysitter I rely on to get to those meeting, appointments and work. Teaching her to be fearful of a person she doesn’t know will not help her in the event that she is lost or otherwise needs assistance when I’m not around. I will teach her to find another mommy, or at least a woman. They are much more likely to invest in the safety of a child and in reuniting them with a parent. I will not teach her to find a police officer because I have actually never seen a uniformed officer in a grocery store, mall or summer festival events. Also, how the heck is she going to be able to tell who’s a police officer when she can’t see any higher than an adult’s knees or waist?

I will not teach her to “be nice.” This is really hard to stop myself from saying sometimes: to ask our children to “play nice” or “be nice” to each other. What does “be nice” mean? Other than being an insinuation from the adult to the child that their behaviour is not acceptable? But again, this is just grooming a child for a predator. He knows that children are raised to be polite and follow adult instructions and to be good and nice. He’s counting on our support. She needs to know it’s ok to scream, make noise, strike or even injure someone when they feel their body needs protecting. Not only when a stranger is asking her to get into his car; but at school, on the playground, or at a playdate. She needs to know that she will be supported in doing so, and that it’s an option to defend herself.

De Becker wrote 352 pages. These are just the points that I am highlighting at my child’s developmental stage. I’m summarizing. To learn more, get the book. Read often.

Nooks and Cranberries
Discovering the joy and nutritious benefits of harvesting cranberries, now available at local trail and bog outlets. 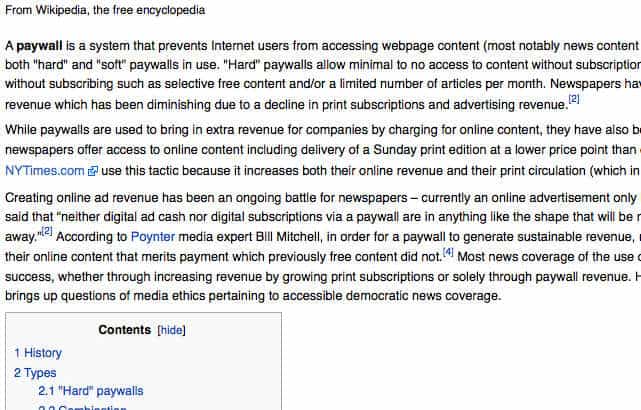 Independent to introduce subscriber paywall
KIDDING! But this is what we'd say if we really were ... ;)