It’s not that we’re atheists.

We have a pretty decent sense of spirituality. It’s just that we’ve never believed that god lived in the church. And standing in a garage no more makes you a car than going to church makes you a Christian. It’s pretty clear historically and by observation in daily life that that being Christian is in no way synonymous with being a kind or good person. Our idea of connecting with the spirit is to head outdoors for a hike on a Sunday morning. In fact, in our house “going to church” means the East Coast Trail at Cape Spear.

So when my daughter asked, “What’s a church for?” I was stumped. I headed for the standard response (which in fact, isn’t actually used much in our house): “Ask your Dad.” We were, conveniently, on our way to meet him for lunch. Dad’s response was an equally blank look followed by: “I’ll tell you after lunch.” She forgot, distracted by the donuts, and we were bought some more time.

So I did what any parent would do when faced with a parenting dilemma: I updated my Facebook status. The awesome responses poured in, which helped not only clear my head and give me great direction in how to respond to her, but also solidified my thinking. You see, church has just about as many meanings as there are people attending. Answers I received – regarding what church is for – ranged from: “to learn not to kick my brother”, to “it’s an expression of my social justice activism” to “a place to come together to share faith and joy… and sometimes a nap”.

Not only are there many things that a church is for, but explaining them to a pre-operational-thinking four-year-old is entirely another matter. My mind was spinning, trying to anticipate follow up questions and the possibility of having to explain concepts like faith and worship. My brain shut down.

…I did what any parent would do when faced with a parenting dilemma: I updated my Facebook status.

The best response was to ask me how I would respond if she asked me about a mosque or temple. This was an awesome perspective on how to proceed. It put things in an objective mind frame. But the question of “church” comes loaded with emotional and cultural baggage. While the annotative meanings of “church”, “worship”, and “deity” may be clear, the connotations can come negatively flaring to the surface; especially, unfortunately, with some of the history of the church in Newfoundland. Mosques or temples have only ever been objective, informational sound-bites whereas churches mean something personal to all of us who were raised in a Christian environment and that is bound to bleed through in a response to this sort of question, as shown by the above range of responses.

When I was very involved in church work in the past it was once suggested to me that I enter the ministry. I agree that I have decent leadership skills and I was leading Youth Groups and was involved in Youth Ministry on the provincial level. But my response was that I thought the church I was involved with wouldn’t like the fact that I wasn’t on board with the notion that the only way to salvation was through Christ. This sparked a nod of agreement. My own belief systems are broader. How do I boil that all down for her?

I think, like parenting, most of us are just trying to figure it out when it comes to spirituality. Like parenting, we tend to flock or congregate around like-minded folk who support our current belief systems and make us feel like we are doing it right. I think parenting and religion alike have no right answers, which is why there are so many different options for each. Whether we formula feed, cloth diaper, attend a Catholic cathedral or Hindu temple, the answers reflect what is right for each individual and their family. What I want for her is to not be bound by our “stuff” and who we are, but to be able to make decisions around her own spirituality for herself. What I hope she learns is tolerance and acceptance and to seek with an open heart.

…parenting and religion alike have no right answers, which is why there are so many different options for each.

Several days later she tells me that she wants to say her prayers before bed. If you haven’t gathered yet, this was in no way was prompted by her parents. “Where did you hear about prayers?” I ask. “From a movie,” she responds. (Which just goes to show how important it is to monitor your children’s screen time!) She shows me how to put our hands together to pray. Ah ha! Namaste. We’ve got a point of reference. She knows that this is how our spirits recognize the spirit in each other. Then I realize that she’s also pretty well versed in The Force and all things Star Wars. The notion that we are all connected to a universal life force energy. But she wants us to teach her the words to say when we pray. We tell her about God and the Goddess, Gaia and sending thoughts to The Force. We explain the need to be thankful and grateful for all the blessings in our life. And that when we pray we can ask for a blessing, for something that we want. I send thanks for my wonderful family and ask for the baby to be healthy. Daddy says he’s thankful for a wonderful day with all of us and also hopes for a healthy birth. When it’s her turn she says she’s thankful for Mommy and Daddy and wishes for EVERYTHING on her Christmas list.

So, we’ve still got some work to do here.

The power and potential of hatred
A St. John's theatre group is bringing to life a Wyoming community's reaction to an unspeakable hate crime with "The Laramie Project," which runs at… 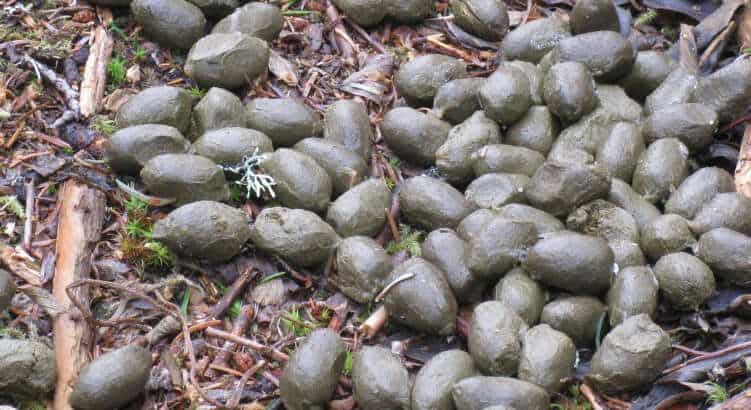 Leave no trace
Are humans part of the 'natural' environment as well?