A good day for journalism in Newfoundland and Labrador

As the Telegram and other TC Media newspapers go orange and promise better journalism, supporters of independent media from around the province begin laying the foundation for a new “The Independent”

When I awoke this morning I had to rub my eyes a few extra times.

As part of our #GoIndy2015 campaign, in just one month more than 100 people in Newfoundland and Labrador had signed up to financially support The Independent—now a grassroots, non-profit media outlet—on a monthly basis. And TC Media, the Quebec-based company that owns almost every newspaper in our province, had committed to doing better journalism.

I promptly headed to NHL.com to check the standings and the Leafs were in their usual spot, so I knew I wasn’t dreaming.

I re-read the Telegram article that had popped up in my Facebook feed. Sure enough, albeit through a spokesperson, the province’s main daily newspaper was promising “to spend less space on following bureaucratic agendas and even more time setting our journalists loose to chase the beating hearts in our communities.”

Oh great, I thought. First the RNC, now TC. Our Jesus beating hearts have been chased enough! Just let us relax Transcon — you’ll give us a collective heart attack.

Bring on the hard-hitting journalism

To be honest, I’m not in the clear with respect to coronary thrombosis. If what TC is saying holds true, I will be the first to do a celebratory jig…in the middle of Water Street…during rush hour….on a Friday….in my under—nah, Friday’s good.

“We will walk down paths that we’ve driven past. We will knock on doors we’ve ignored,” wrote Thane Burnett, a veteran reporter who spent 26 years with Sun Media before joining TC Media last month as “Director of Content”.

In all seriousness though, let me be among the first to welcome TC Media’s declaration of improved journalism. If these words translate into action, the move couldn’t come at a better time for Newfoundland and Labrador.

The recent prosperity (for some) brought about by oil and minerals was irresponsibly managed by former premier Danny Williams and his umpteen predecessors in the past few years. We have no savings, no socially and environmentally ethical energy strategy, no longterm plan to develop a healthy, sustainable future for the people of our province. Just a bunch of people building expensive homes and driving around in luxury vehicles while many, many others, including most rural communities, have families broken up by the necessity of transit work, and who are struggling to make ends meet. We’re not lazy — it’s just that status quo politics aren’t working for us, and as such we need media that won’t continue letting decision-makers get away with driving our province further into the ground. This isn’t my opinion — it’s our collective objective reality and the evidence is our daily lived experiences, which should be on the front page of our province’s newspapers every day rather than the small, powerful class of political and economic elites telling us how they are acting in our best interest.

I assume when Mr. Burnett speaks of “paths” Transcontinental papers have “driven past” and the “doors” they have “ignored”, he is referring to the stories that have gone untold and the marginalized populations who have been silenced by corporate media’s failure here and elsewhere to be true to the fundamental principles of good journalism: truth and accuracy, independence, fairness and impartiality, humanity, and accountability.

We need bold, hard-hitting, progressive, solutions-oriented journalism now more than ever. We need media that will take the time to find, understand and tell the stories that are currently not being told. I hope as part of this new initiative, symbolized by TC’s adoption of orange as the new primary masthead colour (excellent choice, btw), that newsrooms in St. John’s and around the province will be adequately staffed and funded, because our province’s newspapers have some great journalists who are presently hamstrung by the expectation they’ll produce three to five stories a day, and are therefore forced to prioritize quantity over quality.

A bit of friendly, honest advice

I also offer one piece of advice and a few recommendations, Mr. Burnett, as you try to get off on the right foot in helping TC Media earn back much of the respect and trust of Newfoundlanders and Labradorians that has been lost: start by righting some of the company’s recent wrongs in this province:

1. Reinstate award-winning Labrador columnist Michael Johansen’s bi-weekly column in the Aurora and the Labradorian. In November 2013 Johansen told The Independent his column was cut from the print and online editions of TC Media’s two Labrador papers because he was being too critical of Nalcor and the provincial government over Muskrat Falls, a project that threatens the health of local residents and will determine the social and economic well-being of our province for at least the next six or seven decades. It’s the kind of story that cannot be written about “too much”. Yet when I called the Labrador editor for her side of the story, I was declined an interview and directed to St. John’s for an answer. I was subsequently told by an editor at The Telegram it was a “personnel issue”. Personalities and opinions often clash in the world of newsmedia, as we all well know, so cutting an important dissenting voice from the Labrador newspapers was an extreme and unethical move.

Mr. Burnett, do the right thing and work with local editors to give Michael Johansen his Labrador print audience back.

2. Re-open the three community papers TC Media has shut down in the past couple years, or give the papers to the communities. In recent years Transcontinental shut the doors of its newspapers in Harbour Breton, Placentia Bay and Bay St. George, taking away an important source of local news for the people of those communities, who depended on local print media for years before TC bought the papers. Meanwhile, in its 2013 annual report, parent company TC Transcontinental boasted paying, for the first time, “a special dividend of $78 million to our participating shareholders,” after generating more than $2.1 billion in revenues that year.

Mr. Burnett, I ask you to push for the return of The Coaster, The Charter and The Georgian to their respective communities. If TC Media can’t or does not want to run them, turn them over to the communities. The newspapers were there before Transcontinental moved in, and their importance to the people of those communities is greater than the few bucks your shareholders earned from the sale of their remaining assets and/or the layoffs of those papers’ journalists. Do the right thing and give those communities their papers back.

3. Finally, if TC Media is to regain the respect and trust of Newfoundlanders and Labradorians—and I sincerely hope you do—ensure that the company’s newspapers here are, as I previously mentioned, adequately staffed and that the editors and reporters have all the resources they need to do the kind of hard-hitting and in-depth journalism they want and need to do — the kind of reporting we all want them to do. Some of the absurd reportage in recent years has precipitated creative and satirical critiques, such as the Western Stah, the creator of which had much insight on the plight of the province’s newspapers under TC Media ownership.

Please do the right thing Mr. Burnett and provide better resources to the newspapers of this province so that the talented editors and reporters working in their newsrooms can optimize their potential as journalists and make our province all the better for it.

Since we’re not a people that enjoys sitting back to wait for corporate interests (particularly those outside our province) to do the right thing and act in our best interest, some of us have spent the past few years reviving what was once regarded by many as the best newspaper in the province. Last June former Independent owner Brian Dobbin gave TheIndependent.ca, the online incarnation of the former print publication, to us, a group of writers and journalists committed to improving the quality of journalism in our province.

We subsequently turned The Independent into a non-profit media outlet and just last month launched our first ever crowdfunding campaign in an effort to make The Independent viable and sustainable for future generations of Newfoundlanders and Labradorians.

I am proud to report that #GoIndy2015 was successful enough to keep us going a while longer as we continue searching for new, creative ways to continue building an independent media outlet that is run by the people of Newfoundland and Labrador for the people of Newfoundland and Labrador. Interestingly, some of the province’s biggest media outlets recognized the value and newsworthiness of what we were doing and invited us to speak to their audiences about our initiative. Disappointingly, not one TC Media publication was among those who reached out to us in our time of need.

Nevertheless, we are strong and committed to doing everything we can to improve the quality of journalism and news in our province. We are only just beginning, we invite anyone and everyone to share their ideas and visions for independent journalism and independent media in Newfoundland and Labrador, and we invite input on what stories we tell.

We may be small, but we are a true “people’s paper”, and we eagerly await you to join us in good company so that together we can fulfill our civic responsibility as news outlets and as journalists — to serve the people of Newfoundland and Labrador with quality news and commentary so that we can all be informed and opinionated on how to make the best decisions for ourselves, our families, our communities and for the province as a whole as we head into uncertain and unpredictable, but exciting, times.

You look good in orange, TC, but can you dance? And will you join us for a number on the dance floor? We certainly hope so.

To support The Independent, please visit our #GoIndy2015 fundraising page and share your ideas with us, or sign up to become a sustaining supporter: www.TheIndependent.ca/GoIndy2015 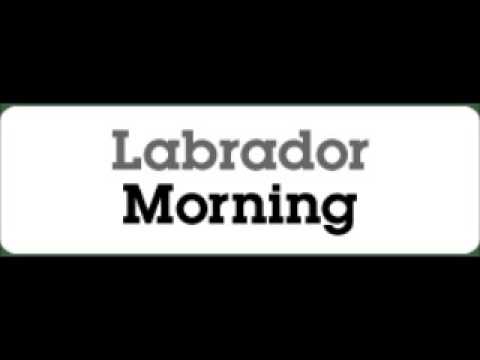 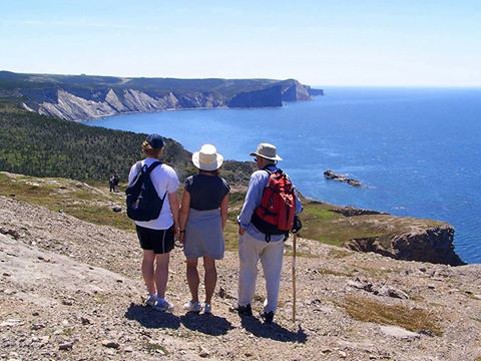 If we could see our smiling land through the eyes of strangers
We wouldn’t take it so easily for granted.