St. John’s woman is the youngest person, and only Newfoundlander, to attend conference for designing gender-sensitive programs.

Chelsey Hicks was the youngest person and the only Newfoundlander at Amplify 2015, a conference held in October for women who design and facilitate gender-sensitive programs directed at women and girls.

The 19-year-old St. John’s native attended the conference, on a scholarship, as the founder of Dance Thru It, a local program that uses dance to help heal young people who have endured violence, poverty, discrimination, and other forms of trauma.

At a retreat resort nestled in the woods of Quebec, 25 women gathered to learn skills that will help them design and implement programs that create “empowering spaces for young women from diverse realities,” Hicks recently told The Independent.

The workshops and discussions at the conference helped Hicks build and reflect on the Dance Thru It approach, which is founded on a social justice-oriented philosophy. Hicks’ program uses the popular education approach, which aims to help participants connect their personal, individual experiences to larger social issues.

So far, Hicks has used the concept of popular education to help young people in St. John’s connect their physical, emotional, and spiritual pain to social injustices such as systemic poverty, the objectification of women’s bodies, and oppressive gender roles.

She knows that organizations are justified in paying extra attention to the empowerment of women and girls, which is why she strongly values the connection between Dance Thru It and the Girls Action Foundation (which hosted the Amplify conference). Hicks references facts from the Girls Action Foundation backgrounder document for their report on the Main Issues Facing Girls in Canada that describe the unique social situation facing women and girls today:

Feminists are interested in the actual, lived experiences of both men and women and use data based on these lived experiences to identify how our society makes it easier for some groups to achieve success, and harder for others.

As a good [male] friend of mine correctly stated, feminism is a realist perspective. Feminists are interested in the actual, lived experiences of both men and women and use data based on these lived experiences to identify how our society makes it easier for some groups to achieve success, and harder for others.

Knowing the facts listed above, it makes sense that organizations like Dance Thru It would be especially concerned with making sure girls and women are included, feel heard, and are respected for their autonomy and inherent worth. To this end, Hicks says that listening is a keystone of inclusion and empowerment.

Part of Amplify’s mission to ‘train the trainer’ was to help participants practice the art of deep, sincere listening. True listening goes beyond simply hearing. Listening means observing both what is said and what is not said, noticing what words people use to describe their feelings and experiences, accepting and validating the truth of each person’s perspective, and allowing space for a range of reactions, including anger, grief, humour, and pain.

Hicks says the discussion about listening was one of the “many truly beautiful conversations” that took place during the conference.

Of course, these tools for creating inclusive and empowering programming apply to everyone: girls and boys, men and women, young and old, rich and poor. But it is important to make sure that organizations are conscious of the ways in which people have been privileged and oppressed in society so that they can avoid the trend.

In this way, Hicks says that organizations like Dance Thru It can be a “life-giving force”.

With international attention and strong local interest, she says she is using the organizational ‘growing pains’ of Dance Thru It – which is only about a year old – to enact a radical approach of focusing on peer support, growth, and deep analysis of “systemic oppression and the toxic cycles in which people live.” 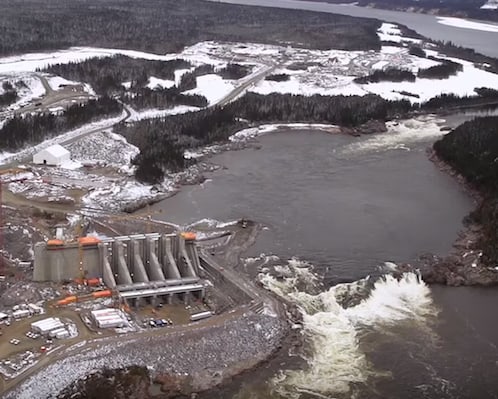 Who will #MakeMuskratRight?
Nunatsiavut launches campaign in effort to prevent loss of traditional food supply and risk to Inuit health; NDP only party to back them.