Goats are a wonderful addition to the household that can provide a family with milk, cheese, ice cream and other delicious treats.

Over three years ago we noticed the price of milk was steadily increasing and began wondering what we could do to keep milk affordable for our household. At the time we were just starting to become more aware of the food we consumed, where it came from and how it was raised/processed. We were familiar with cows milk but we lived in St. John’s at the time so owning a cow was out of the question. A Cow produces a lot more milk a day but can eat the same as three to six dairy goats,which means cows need a lot more grazing space than we could provide.

Cows are also more expensive to buy, care for and transport, so they were out of the question for us. What then? Goats, of course! We found a couple of goats in the local classifieds — Goldie and her kid, who we named Maple — and the rest was history.

The last time I wrote in depth about our goats I recounted our adventures with Maple and the birthing of her triplets. Since then the kids have weaned and we are in the process of adopting them out. One of the kids, Sonny, went to his new home last week, and the other boy, Fergus, is set to leave in a week or so. Spring is going to stay with us, and with Maple, Goldie and Cornelius.

There is something very special about milking your goat in the morning. I can’t explain it other than to say that it feels real.

The very first time we milked Goldie was the first time either of us had ever attempted to milk an animal. We got a little more than a tablespoon’s worth for our efforts and slurped it up, enjoying ourselves immensely. We’ve come a long way since then and now use a hand pump to aid in the process; in under 10 minutes’ work each day we get about two litres.

If you keep an unfixed male goat in the same quarters with your milking does, the milk may taste ‘goaty’ due to the buck’s never-ending need to attract the ladies through his scent and hormones. One amusing and rather unpleasant fact is that a male buck goat will pee in his beard, and rub the scent over anything he can. Cornelius, our intact male buck, has a separate enclosure to ensure this doesn’t occur and has earned the nickname “Mr. Pee-beard” due to his goaty fetish.

Right now, following the birth of her triplets, Maple is milking and I delight in the morning interaction with her. She gets her special treats, usually consisting of the previous day’s garden scraps or any expiring bread or food scraps, and she shows her excitement with grunts. She mostly stands still while milking, just as long as she has some food or hay to keep her company. I like to rest my head against her belly and give her pets at the same time — it’s quite the bonding experience. We feed her, and she feeds us, in a virtuous cycle as old as civilization itself.

One memory of milking Maple in the morning stands out in my mind. Her kids were just starting on solid foods and we had not yet begun to separate them overnight. They must have eaten a lot of hay during the night because Maple’s milk bags were very full in the morning. I decided to draw some off and to my delight had all three kids try to climb me at the same time, during that milking. So there I was, crouched down next to Maple with two baby goats on my back and one rubbing against me.

As I walked out of the barn with the litre of milk I remember thinking, could I be any happier? The kids are much too big for this now but they’re still just as playful and happy to see me in the morning.

When we milk Maple we get about two litres of milk a day. This is more than the two of us drink, so it doesn’t take long to have an abundance. From this extra inventory we make our own cheeses and other items in our ever-expanding repertoire: yogurt, sour cream, ricotta, cream cheese, feta cheese, camembert cheese, blue cheese and squeaky poutine cheese curds. We also make our own ice cream, custards and puddings and creamed based sauces. Goat yogurt, or ‘goatgurt’, is big hit in our house.

We make all of our goat cheese from raw milk (milk which hasn’t been pasteurized) and delight in the texture and taste. Raw milk is much easier to work with when cheese making because it holds all the essential probiotic microbes that help a baby kid digest it easily. This enables the cheese to curdle much better than store-bought milk, and without needing additional additives like calcium chloride.

From our experience, unpasteurized milk also has better flavour. We most frequently make Feta and cheese curds. (We used this recipe for the feta and for the cheese curds, which are basically feta cheese that gets immediately eaten rather than aged and immersed in salty brine.)

Simply stated, our feta cheese tastes exactly the same as the feta we had while on vacation in Greece more than a decade ago, and nothing we’ve bought in the stores since has even come close. I can close my eyes and it’s almost as if I’m sitting in a rustic taverna on the island of Santorini, all over again. The cheese curds squeak so loudly that you can imagine yourself eating them on poutine somewhere in Quebec.

You have not tasted ice cream until you’ve tasted homemade ice cream. We regularly make vanilla, chocolate (or chocolate hazelnut) and blueberry ice cream — our favourites. We use the traditional method of custard ice cream, using egg yolks (thank you, ducks!) and goat milk. We do not have an ice cream machine and had a difficult time finding a recipe that doesn’t include one (so many things nowadays require specialty equipment, but who has the money or kitchen space for all that?). In the end, we ended up using a recipe from Steve’s grandmother’s cook book (from the 1930s) and modifying it a bit.

This is the recipe we use from “Three meals a day” by Jessie Read (1938), with our own modification added:

– 2 litres of (goat) milk, brought to just below a boil

– 4 duck egg yolks (or 6 chicken egg yolks), creamed in with one cup of sugar

Temper the yolk mixture by adding the milk in a thin stream while whisking. Once the milk is added to the yolk mixture, return it to the stove and bring it back to below a boil — about 7 minutes. DO NOT let it boil or the yolk can cook and start to form little chunks. When finished, milk should look very frothy. If you want chocolate ice cream, add 2 tablespoons of cocoa powder during this stage, otherwise add the flavouring during the ‘blend and freeze’ stage (vanilla, berries, etc.)

Our own modification: Put the ice cream mixture in a blender/food processor carafe, and place in the freezer overnight. Take it out the next morning to blend in a food processor every 2-3 hours until thickened, light and fluffy. This aerates the mixture and creates the creamy, fluffy texture we are familiar with from store-bought ice cream.

Words cannot adequately describe how delicious homemade ice cream is, especially with hand-picked Newfoundland blueberries or other fresh, local fruit. My best attempt to explain this is to say that it tastes like ice cream used to taste before they started using additives, and that it melts how ice cream used to melt before they started using thickening agents. Store-bought ice cream, which boasts a host of unpronounceable ingredients, generally uses carrageenan, guar gum, and even potato starch to thicken it. You simply cannot beat homemade ice cream, and once you start to make your own I doubt you will go back.

Next time you’re considering a pet for your household, consider a goat. She will trim your trees, mow your lawn and rake your leaves. She will follow you around like a loyal pet dog and do simple tricks like ‘shake a hoof’ or standing up for treats on two legs. She’ll be your best hiking and foraging companion, following closely behind you. Don’t be surprised if she finds the fruit before you do!

You will bond with her as you get your daily milk and she’ll come to love the one-on-one attention that this time brings. She’ll give you milk for your cereal, and when the fridge starts to fill up after a few days you can make cheese, yogurt, ice cream, custard and even cream-based sauces for your pasta.

Best of all, many municipalities, including St John’s, govern goats under the same bylaws that allow cats and dogs. Once you go goat, you’ll never want to goat back!

Lisa McBride and her husband Steve are ‘back to basics’ homesteaders who are very interested in food security and trying to produce much of what they eat and use in their lives. In addition to hosting a large homesteading group on Facebook, they also regularly teach workshops to share their homesteading knowledge and experiences. 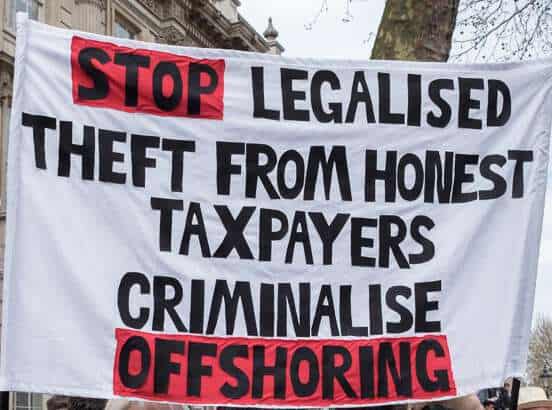 The big ones get away
Why aren't we doing more to prevent rich people and corporations from hiding their money to avoid paying taxes while people in N.L. and elsewhere… 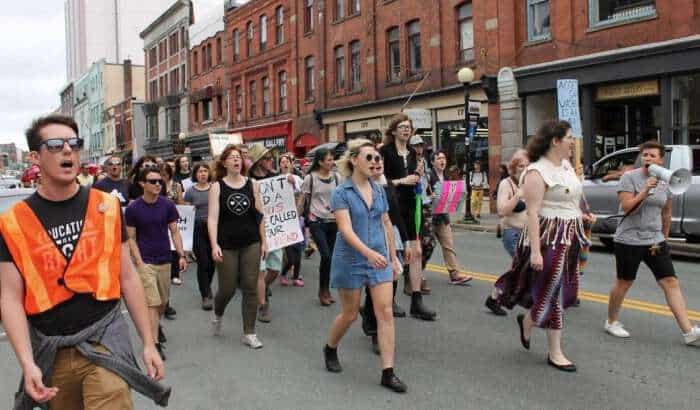 Causing a fuss: Performing Trans visibility in N.L.
"It is now that we must do the critical work to validate those who have come before us, to make sure that trans people in…