No country for old lawnmowers

In an amazing feat of mechanibalism, every bit of lawnmower has been replaced. The frankenmower prevails.

No sooner did the last bit of snow melt then the dandelions popped up. Swelled with rain and fog, they took over that hellacious plot you optimistically call your lawn. That moss-strewn, brown-patched, yellow polka-dotted fly-hatchery surrounding your otherwise humble abode. By the time it stopped raining long enough to even consider hacking it back, the foliage was up to your knees.

I know your lawnmower didn’t start. You pulled on the cord until your heart was pounding, your shirt soaked and you cursed the machine in heaps. I know why it wouldn’t start. It’s full of bastards. They don’t like to get wet. Even if you stored it in a shed for the winter, put in fuel stabilizer and gave half a nod to St. Jude, the patron saint of lost causes. It won’t start. Metal sweats. Sweaty bastard.

This is the point when people have to decide: do I put it in a shop and throw money at it or run out and buy a new one like all those happy people on TV? The “lawn” is mostly tropical now. New species are popping up. National geographic is out back photographing a previously lost tribe.

Most people go for the new mower. Then for some reason they give me their old mowers. I don’t know how this tradition started. Even though I haven’t been seriously acknowledged by the folklore department, it continues.

A guy showed up a couple of years ago in September and flicked off two lawnmowers to add to my pile. In the spring I dragged out my usual, trusty/rusty mower. It wouldn’t start. Fulla bastards.

With that faint hope and a beer bottle of gas, the standard fuel measurement for lawnmowers, it ran.

I grabbed one of the new/old mowers, cleaned off the spark plug and it lit up. With that faint hope and a beer bottle of gas, the standard fuel measurement for lawnmowers, it ran. I revved it up and it spit the muffler off in the woods. It was loud, I pressed on and gave the mess a good going over. There were some desirable attributes to the old machine but it had a great thirst for fuel. I took the sparky parts off and bolted them on my usual lawnmower.

This mechanibalism went on for years. Like the instructions on a bottle of shampoo: curse, rebuild, mow, repeat. Every bit of lawnmower has been replaced but I’ve been pushing around the same frankenmower ever since.

It’s dialled in so sweet now that it just idles along as low as the engine can go and a bottle of gas almost lasts a full summer. The blade is so dinged up it cuts like a pair of those thinning scissors that hairdressers use. It leaves beautiful grooves in the lawnish stuff.

A few years ago a friend of mine wanted me to have his year-old lawnmower after he upgraded to a lawn tractor. Here be bastards too. After some deliberation I declined his offer. The frankenmower epic had a hold of me. I had to find out how it would finally die. Would it go quietly? Up in a fireball? Or on a rampage chased by villagers with patio torches?

Last weekend my friend showed up with the lawnmower again. There was a red bow on it this time, all gifty and full of bastards. I got it running, chased a few dandelions with it and parked it next to Franky and another one of my faves. Hey, some people collect shoes or spoons. I just happen to have a couple of lawnmowers that work. I also have a couple that don’t run at all but I just like the look of them.

Hey, some people collect shoes or spoons. I just happen to have a couple of lawnmowers that work.

The is no future for lawnmowers as we know them. My kids won’t be cursing on a machine. The industry will adapt to their double thumb text/gamer lifestyle and design a mowing machination with an app or a gamer console. This system will be obsolete within weeks due to a lack of zombies to mow down.

If, and it’s a big if, the dandelions don’t take over completely, lawnmowers will be like those vacuum cleaner robots that randomly zip around the yard and back to the docking station. They’ll last exactly one summer. Then they’ll be full of bastards.

‘You have no souls’
Relief mail carriers in St. John's allegedly threatened to be let go 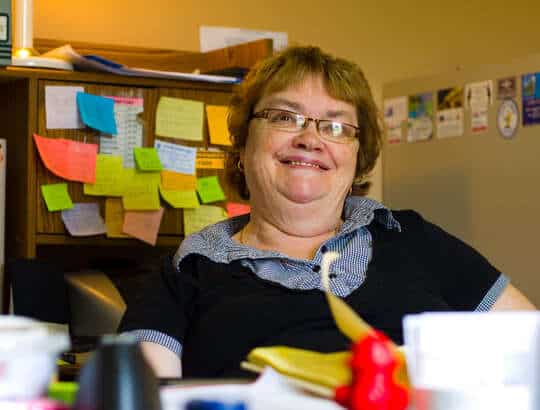 VIDEO: The most interesting people in Newfoundland | Alice Cumby
From the desk of the longest serving town clerk in the province.