A beginner’s guide to the Senate

In advance of a Fall likely to be full of debate, Kieran Hanley introduces the basics (and problems) of Senate reform.

As soon as Parliament resumes for the Fall sitting, there is going to be a lot of talk about the state of Canada’s Senate. In fact, there is going to be an outright debate about its future: should it remain as-is, should it be reformed (and how), or should it be just be eliminated all together? But what the heck does the Senate do anyways? Who are these people? A reformed (or abolished) Senate chamber will have profound impacts on how our country is governed, and it is important for us all to take part in the conversation. But in order to decide how we feel Canada should move forward – and how Newfoundland and Labrador would be best served – we all need to know the basics of what the Senate actually does, what might be wrong with it, and what the options are moving forward. What follows is a beginner’s guide to the Senate.

The Senate is a group of 105 individuals that debate, approve, and even sometimes create the laws of Canada. Though they are picked from different parts of the country, they differ from Members of Parliament (MPs) in that they are not elected; technically they are appointed by our Governor General, but in reality they are hand-picked by the Prime Minister. The Senate, or “upper chamber”, works on many of the same issues that our MPs do – any bill that becomes law first goes through the House of Commons, then the Senate, and then to the Governor General before it is official.

Each province is entitled to a designated number of Senators, but that number does not reflect populations of provinces, nor does it change; for example Ontario gets 24 Senators, New Brunswick 10, Alberta 6, and Newfoundland and Labrador 6. Those that are appointed as Senators remain in their position until the age of 75, or until they voluntarily retire. Senators are well compensated, with their base salary at just over $132,000, a salary which can change depending on different responsibilities undertaken.

Senators are charged with a number of responsibilities – including representing their province’s interests. Senators go through much the same routine as Members of Parliament do in the House of Commons; they review legislation and see it through its final stages before it becomes law, they sit on committees which help shape and formulate policies, and they are also typically very active with organizations or non-official committees which represent a cause they are personally invested in.

Because of the process in which ideas become bills, and bills become law, the Senate is often regarded as a chamber of “sober second thought”. Bills are usually introduced in the House of Commons by an MP where they are debated, voted on, sent to committees for review, and voted on again. If a bill survives a second vote it is then sent to the Senate for consideration. Here the Senate reviews the bills and votes on it themselves – and if successful then the bill is sent to our Governor General to be officially enacted. The Senate, with its typically older and more experienced demographic, is counted on to assess the bill from a different point of view before it is given the rubber stamp. Technically, the Senate has the power to reject legislation that the House sends to it, but traditionally in Canada that rarely happens. Though outright rejection of bills by the Senate is frowned upon, minor changes to bills suggested by the Senate are usually approved.

In modern times, though the Senate itself is seen as being imperfect, it and its members have not created any major roadblocks in the day-to-day effectiveness of our democracy. But there are weaknesses its role, weaknesses that are universally acknowledged by politicians and academics from any party or political philosophy.

Common Complaints about the Senate

The Senate has been a target of criticism from all angles for many years. What is surprising about these criticisms is that, although they come from individuals and groups with profoundly different ideologies and motives, they are quite consistent. 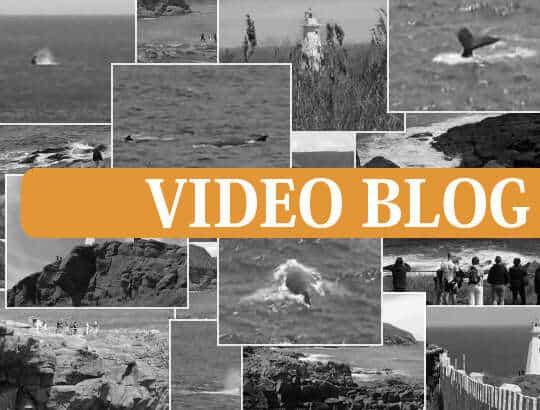 VIDEO BLOG: A day in Cape Spear
A video with stunning views, an ocean as blue as it is fierce, and playful whales.