Getting elected is the easy part

It was my experience that most Members of Parliament are working extremely hard – but the disconnect between what the voter expects from their MP and what that MP is actually required to do when in office is so great that there is no wonder there is perpetual disappointment.

The candidates running in elections, like the one we just had, have often spent years pining to become part of the process, eager to contribute to society. However, successful candidates like Peter Penashue and Ryan Cleary who are heading to Ottawa for the first time, are in for a rude awakening: the bloodsport of politics, and how the general public perceives it. They are about to discover that no matter what they do with their time, they will face unimaginable scrutiny and daily victories will be shadowed by yearly mistakes.

Politicians are rarely given the benefit of the doubt. Their motives, policies, competency, dedication to representation, fairness, intelligence, personal lives, and even moral fibre regularly come in to question in the media and on the streets. Some would argue that all of this comes with the territory of being in public office, but what must irk politicians to no end is when their work ethic is challenged. Political pundits carelessly paint politicians with the brush that they live posh lifestyles, benefit from endless perks, and have little to do besides reap the rewards. The spending scandals in both Ottawa and our own province in the past ten years have done nothing but reinforce these stereotypes, but it is a case of a few bad apples – which can be found in any profession at any level. My own experiences in Ottawa have convinced me that the reality is a stark contrast; that most politicians are in fact extremely hard working and earnest in their efforts.

Responsibilities to Parliament and Ottawa

Even on a weekly basis, I was shocked to see the demands and responsibilities which are placed on our Members of Parliament. There are a lot of ‘housekeeping’ duties an MP must fulfill, from sitting in the House of Commons (even when there apparently isn’t much going on) to attending mandatory Parliamentary traditions. MPs must attend weekly meetings with their party colleagues – and there are different weekly meetings specific to addressing national, provincial, regional, or even industry-specific issues. But likely the most major, yet largely un-noticed, work an MP accomplishes is their work in Parliamentary Committees. Unbeknownst to many Canadians is that the real leg-work of Parliament happens behind committee doors. You might be surprised to learn what committee your MP is involved in – for example, in the last Parliament St. John’s East MP Jack Harris sat on the National Defence Committee. Each committee typically meets twice a week for two hours each, and it is the committees that are the driving force behind the creation of new laws, amendment to existing ones, and keeping the government departments accountable.

All of these duties have deliverables and responsibilities which are far beyond simply attending meetings, and make for an extremely busy week in Ottawa. Additionally, if an MP proves to be particularly adept, politically saavy, or attractive to the right demographic, they will be chosen to become either a Minister or a Critic of a specific government department which increases their responsibilities to their colleagues, various stakeholders, and the media significantly. Any remaining holes in the MP’s schedule are filled with meetings with interest groups, phone calls, media requests, or travel, none of which can be put off. Every day is a working breakfast, lunch, and often a dinner with colleagues – and MPs are always at the beck and call of their party’s leader.

The double-edged responsibilities back home

These Parliamentary responsibilities do not take into account the proactive work a politician must engage in to be successful – or even noticed – and does not even touch upon their duty to their constituents as their local representative. The bare minimum required from an MP is to help constituents with their problems with federal government programs, and field each invitation, question, suggestion, and complaint they receive – which is many. In order to just maintain their voter base, an MP needs to keep close relationships with groups in their area, be intimate with and respond to all local issues, find ways to get these issues heard in Ottawa, and to see and be seen in every corner of their constituency – a tall order if your riding is the entirety of Labrador.

The greatest error editorialists make when evaluating the work of a politician is looking at the number of days they are required to sit in the Legislature or House of Commons. Pundits often compare those 110 days of sitting to the 250 the rest of Canadians work, or even worse they label their time away from Ottawa or St. John’s as ‘breaks’ as ‘vacation’ which would be absurd. In fact, this is when your elected official finally gets a chance to focus on the issues affecting the riding because they are actually in it – to meet with their constituents, to actively participate in the community. This is likely the most productive time of the year for them as it provides time for proactive work and critical thinking. Sometimes it is reported that an MP’s attendance record in the House of Commons is dismal, but it is important to keep in mind that Parliament runs every day for 3 out of every 4 weeks. For an MP in St. John’s to get home for the weekend, to see their families but probably work as well, they likely have to miss Friday’s session. For them to attend any event in their riding that happens to fall between Monday-Friday, they have to skip out on Ottawa. It is a lose-lose situation.

The family sacrifice: is it worth it?

All of this amounts to a crunch on a politician’s time. A Member of Parliament is left with very little time for their personal and family lives, which makes it quite difficult for them to accept the notion that they are viewed as overpaid and under worked. With so much work behind closed doors and not directly relevant to their riding, it is no wonder that many Canadians simply have no idea what their politicians actually do. Any work they can take on their personal initiatives or issues important to their riding is stymied by party politics, slowed by the nation’s political climate, constrained by limited resources, and always in fear that it will only be acknowledged when they (or one of their staff) make an honest mistake.

In the two years I spent within the walls of Parliament, I came to the conclusion that most of the politicians I met and worked with (no matter their political stripe) entered into political life for the right reasons. It was also my experience that most Members of Parliament are working extremely hard – just maybe not on the things the public would expect or want them to be. The disconnect between what the voter expects from their MP and what that MP is actually required to do when in office is so great that there is no wonder there is perpetual disappointment. But it is not their fault – they were probably just as surprised at their duties when they started as you are reading this article.

I am not suggesting we feel bad for politicians, and this is not to say that we should give politicians a break – after all, they did put themselves on the ballot to be accountable. However, I believe it is important for the public to have a better understanding of what the demands are on our MPs, and to have a base knowledge of the work they do – to see that despite the fact they’re in Ottawa and the pothole on your street is still not fixed, they are working hard and working on things that they are actually responsible for. So of all the things you can complain about of your politicians, ‘being lazy’ is usually not one of them. Criticize their ideas, their results, their approach, but not their work ethic. And that we will. 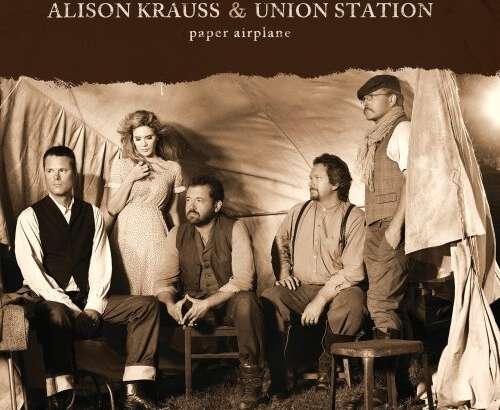 Taking back birth
Today, May 5th, is International Day of the Midwife. This year, it's my Mother's Day.