The NDP: A Long way to go

In this 3-part series, the results of the 2007 election are represented geographically, giving us an idea of the work ahead for each party to win even just one more seat.

Statistics and polls like those released recently – that have shown the NDP sliding ahead of the Liberals with 24% popular support in Newfoundland and Labrador – sure get everyone in a tizzy. We can’t resist wondering if this could mean that the NDP are lining up to become the Official Opposition.

The only hiccup is that our system doesn’t work based on popular support. Power in the House of Assembly is determined by how many seats a party can win; although 24% sounds impressive, a lot of that support is concentrated in one region of the province. You can only win a riding once. Are the NDP on the verge of winning any of the four seats the Liberals currently have? If the answer is less than two, can the NDP reasonably expect to win 3 or more new seats by wrestling them away from the PCs?

And so the reality is that even if the NDP were to win 24% of the provincial votes in October as recent polls are suggesting, that doesn’t necessarily translate to any new seats in the House of Assembly. To be frank, the party has its work cut out for it to even grow from its one current seat… and even that’s not a sure bet.

The map below shows each riding in Newfoundland and Labrador; each riding is colour-coded based on the percentage of the vote the NDP received in the 2007 provincial election. Maps like these are important tools to political parties and candidates, and this one tells an important story: as much as the party hopes they can benefit from the momentum created by the Federal NDP’s surge this past Spring, the picture seen here is indisputably grim.

In the last election there were 13 ridings where the NDP garnered over 10%, but just 4 ridings in which they had over 20% of the vote – and one of those (in Placentia-St.Mary’s) came because there was no Liberal candidate. There were only 3 ridings where they won over 30% of the vote, and two of those are in ridings held by popular PC MHAs who are running again.

The one seat the party does hold, that of leader Lorraine Michael, will be a tough battle to keep. Yes, even in Signal Hill-Quidi Vidi – the provincial NDP stronghold – the seat is not a shoe-in. In 2007, Lorraine Michael won 57% of the popular vote, but notably lost 40% of the vote to PC Maria Alfonso. This time around, Michael will face a much stronger opponent in former Auditor General John Noseworthy. It won’t be easy. Michael may not be able to spend much time campaigning outside of her own riding.

As we learned from the federal election in the Spring, we can’t take anything for granted. The federal NDP were able to make enormous gains and leap into the role of official opposition. But it would be naive to assume that this achievement would carry over to provincial politics; most of that growth came from the collapse of the Bloc in Quebec, and most of the new seats the party won outside of Quebec, such as Ryan Cleary’s, were strongly contested by the party in previous elections.

Those conditions do not exist in Newfoundland and Labrador. A moderate increase in popular support doesn’t mean a whole lot when you’re not particularly close in any races. The great asset the NDP does have is the number of young interested and committed individuals the party has been able to attract because of the successes of the federal party. This is most certainly a resource not shared by the PC or Liberal parties, but again it is focused almost primarily on the Northeast Avalon, the heart of the PC political machine.

Yet if the conditions were ever ripe for an NDP breakthrough, the time is now. PC support has dropped with the departure of Danny Williams; the Liberal party has seemingly stalled indefinitely; and the NDP believe they are riding a wave of momentum. Where can it take them? 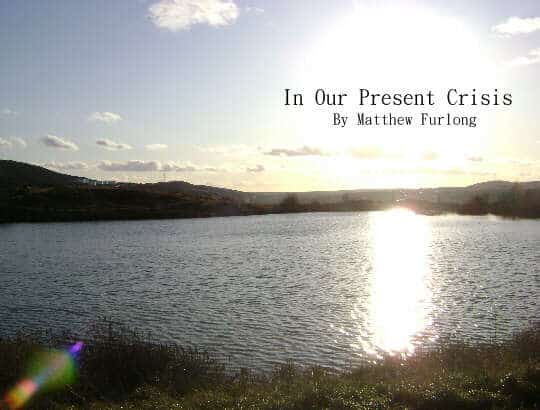 In defense of philosophy as a way of life
Philosophy shouldn't just be intellectual entertainment...