Kieran Hanley sympathizes with those that don’t care about politics, but explains why they should.

During my involvement in the political spheres for a few years, it was difficult for me to understand why people generally and genuinely did not care about the world of politics. Since leaving those circles though it has become easier to digest – because although Bill C-32 may have far reaching implications for the agricultural industry and Canada as a whole 20 to 30 years down the road, it doesn’t quite make a difference on Bonaventure Avenue tomorrow. When decisions are made that will make a difference – such as the decision to end our mission in Afghanistan – they seem to take place over an endless amount of time… an endless amount of time that the media has to fill daily with new news, new controversies, and new issues. And reform the Senate? What does the Senate even do?

Though I understand the detachment we have with our democracy, which I believe to be a healthy mix of ignorance, indifference, and frustration, the reality is that who governs us really DOES matter and how that Government is formed is equally as important. For example, had the Harper government not had the majority of the voting power in the House of Commons this time around, they may not have even attempted to close Newfoundland’s search and rescue centre because the opposition parties would have kicked up such a stink and would have had the numbers to actually do something about it.

Practical differences politics has made

But that is a relatively minor issue in the big scheme of things. Looking back over even the past 8 years in Ottawa, some major decisions have been made. Decisions that could have gone either way, depending on the person or the party in power. Decisions that changed our country and our daily lives.

These are just some of the issues that have impacted our lives in recent history that have depended on a certain political point of view. Though we are rarely personally asked to vote on a particular issue like those above, who we vote for in an election will help determine the outcome of them. Armed with knowledge of a political party’s history and its platform for the future, one can predict with relative certainty how they will react to issues that arise. Politics does matter. And so does voting.

But around here you wouldn’t say. Over 47% of Newfoundlanders helped to embarrass the province by making it the least participative province in the 2011 federal election – just 52.8% of us voted. Compare that to Prince Edward Island where 74% of its citizens voted. Explain the difference?

Pressure building for Penashue in Ottawa 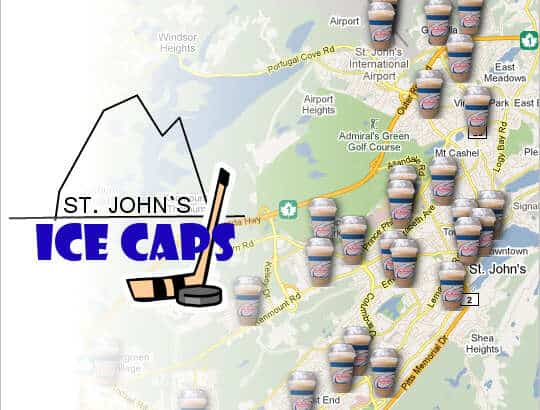 MAP: Places to get an IceCap after the game
In honour of the new AHL team, TheIndependent.ca presents to you a map of all Tim Hortons locations in St. John's and Mount Pearl -…