“It is now that we must do the critical work to validate those who have come before us, to make sure that trans people in this province are no longer hidden from history.”

The 2016 St. John’s Trans March took place on Friday, July 15. Among the speakers at the rally preceding the march was Daze Jefferies, a poet, musician and graduate student at Memorial University. Jefferies shared her speech with The Independent, which we have published in its entirety here.

During this Pride Week, one theme has threaded itself through each of the events I have attended: Possibility. I have been thinking about the changing nature of bodies, communities, and history. How genders and sexualities have been conceptualized over time, and the human potential to grow and understand difference. The fact that we have come together here today makes evident the certainty that there is critical work to be done in the fight for trans justice and rights. I want us to consider the possibility for trans people in Newfoundland and Labrador to be seen and visible in new ways.

In 1977, Audre Lorde professed that what is important to those who live under oppression “must be spoken, made verbal and shared, even at the risk of having it bruised or misunderstood” (2007: 40). For her, visibility is a transformative force that can bring about liberation. Most of us have eyes that see and bodies that experience, receive, and interpret the world around us. We see our oppressors in multiple ways, and it is because they see us back, that we are forced to think about the pain that visibility can cause. Bath-house raids, the Orlando shootings, the murders of trans women of colour, MMIWG2S people. Talking about these forms of injustice might get us thinking about the complex ways in which race, gender, and sexuality—what many of us might consider integral pieces of our identities, have been used as tools to hurt us and to end us. Because of the historical and ongoing war on black, brown, queer, trans bodies, nearly 40 years later, Lorde’s words still ring true: “we fear the visibility without which we cannot truly live” (42).

The historical erasure of trans lives and struggles has undoubtedly contributed to transphobic behaviours, practices and beliefs. Ergo, I question: is there even a potential for visibility to truly be a strategy of survival? In a province with very limited trans history, right now our visibility is all that we have.

Coming together today is a very deliberate attempt to be visible. It is a way for us to demand that people see us in ways that affirm us. Trans lives have been looked at from many angles: research and media continue to generate analyses in which the lives, bodies, and realities of trans people, especially trans women, take the center stage (Namaste 2009). More often than not, we have been denied access to choosing how our lives are represented, how others see us.

On this island we are surrounded by a natural and social fog that makes it hard to see things differently sometimes. I continue to think about what it means to live openly and visibly in this province. Is it dangerous? Can I still find a home here? Trans visibility remains a site of tension across cultures and geographies. Lived experience and initiatives like the Trans Murder Monitoring Project reveal that there is a global violence that arises out of being visible. For trans people of color, that violence has to be negotiated on an everyday basis.

There are both sharp and blunt sides on the double-edged sword of visibility. Each time trans people, specifically trans women, perform our lives and our labour, we are cut quickly and strategically by the sharp edge: the one that wants to give us media attention, to exploit and sexualize our bodies, to examine us. The sharp edge is the one that stings, the one that disciplines. When we destabilize social conceptions of normally gendered bodies—when we persist visibly as trans in contexts that force us to manage risk and negotiation, really pushing others to question and think about gender and sex—we are lacerated by the blunt edge, the one that pushes us to the margins of our habitats, the one that takes our lives, the one that leaves the most visible scars.

When we destabilize social conceptions of normally gendered bodies…we are lacerated by the blunt edge, the one that pushes us to the margins of our habitats, the one that takes our lives, the one that leaves the most visible scars.

And it is no surprise that for many of us, silence has been a strategy of survival (Parpart 2010) at various points in our lives. Yet, for those of us who can find it in ourselves to speak openly about trans lives as they are lived, knowing the effects of stigma, violence, and discrimination that we face, “yapping out loud” (Soleil-Ross 2002), stirring up some shit, and causing a fuss are distinct acts of resistance.

Acting up and taking up space is part of a challenging project to educate others about the social, legal, and economic factors that increase the vulnerability of trans people to violence. Because complexities of the law, including legislation as well as police violence, are intricately woven into the lived experiences of trans people, fighting for our recognition and safety means understanding that we know what is best for us. Our allies must be willing to listen to our words, and to commit to the demanding work of solidarity and activism. To every ally here: thank you. We need your support, but what we require most is action.

Through all of this, we recognize the possibility for us to create and maintain social change. We must honor the spirit and legacy of the trans women, drag and street queens who rioted at Compton’s Cafeteria and Stonewall in the late 1960s. We must remember that trans people have found ways to live and survive in Newfoundland and Labrador for decades with their own tools of survival, many of them doing what it takes to get by here before moving to different provinces or countries. It is now that we must do the critical work to validate those who have come before us, to make sure that trans people in this province are no longer hidden from history.

We must consider the behaviours and practices in which members of our community are engaged in order to meet everyday goals and needs, the requirements of our survival. Sex work, radical protest, anger, isolating ourselves from the outside world, pressing our way back into a community that can welcome us home. At the present moment: can our community be a home for all of us? If yes, we are doing a fucking great job. If not, what work of inclusion needs to be done? What kinds of power exist when we listen to each other, when we are visible together?

As an open transsexual woman, I observe that all of us here are taking the matters of our lives and health into our own hands. Today we will scream and shout, cutting our way deep down to the bone of our oppression, so deep that when it strikes, the mark it leaves will last; and we will keep shouting, keep cutting, keep the story going.

As we gather and march together, I ask these four things of us:

1. To recognize how our bodies and genders are possibilities – we cultivate, perform, and grow in them.

3. To do whatever work, to perform any labour necessary and vital to our individual survival.

4. To allow our personal and political realities the room to continuously shift and grow, so that we can continue to dismantle transphobia and patriarchal ideas about gender together in ways that make space for us all.

Daze Jefferies is a graduate student in Gender Studies at Memorial University, poet, musician, and trans feminist activist. Her research explores the intersections of folklore, health and gender: currently interrogating the ways in which trans women living in the province narrate and navigate matters of everyday health and identity management.

Lorde, Audre. 2007/1984. “The Transformation of Silence Into Language and Action,” In
Sister outsider: Essays and speeches by Audre Lorde, 40-44. Berkeley, CA.: Crossing Press. 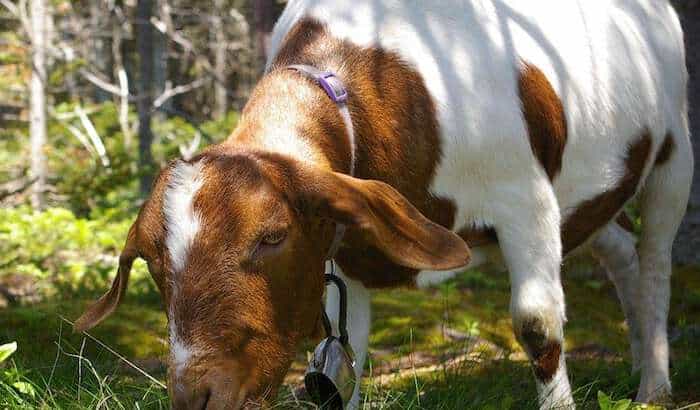 Goat Milk?
Goats are a wonderful addition to the household that can provide a family with milk, cheese, ice cream and other delicious treats. 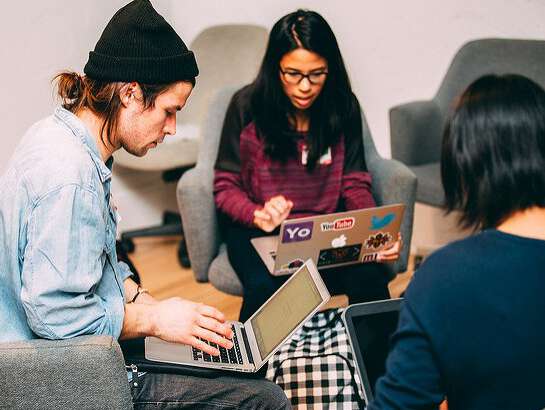 Web developers: we need your help!
The Independent is looking for web-savvy activists and those who support the development of independent journalism in Newfoundland and Labrador.