At the end of the day, it seems as though this isn’t a story about an unsightly metal-and-plexiglass barrier. It appears to be a story about a group of people presuming to treat citizens like subjects.

“’Curioser and curioser!’ cried Alice”. Well, she might if she’d been keeping tabs on all things Fence!

If nothing else, these recent developments have transformed an aggravating situation into a potentially hilarious one. We should be thankful for that, at least. Right now, things seem to be in a holding pattern, despite City Council’s decision to contribute almost half a million public dollars to the project. I’d like to follow up on what I wrote last week by looking at some of the broader circumstances that have shaped the current situation.

The sinking of the RMS Titanic, which gave us the first world-historical iceberg and a film that should never have defeated L.A. Confidential for Best Picture at the 1997 Academy Awards, also produced an international treaty in 1914 known as the International Convention for the Safety of Life at Sea (SOLAS). The treaty came together at a conference in London in 1913. That conference was principally convened by the British government, and included European powers such as Germany, France, Spain, Italy and Hungry—many of whom wound up fighting each other in the First World War just a year later. The treaty preamble says that these “Contracting Parties”—known today as “Contracting Governments”—“[h]aving recognised the desirability of determining by common agreement certain uniform rules with respect to the safety of life at sea,” each appointed plenipotentiaries to produce a formal system of international marine safety protocols.

The original 1914 SOLAS text is interesting. It establishes measures that we take for granted today, like life-jacket regulations, a uniform code for air temperatures, and a system for ship-to-ship communication about ice conditions at sea. Canada signed on to SOLAS under the auspices of the British Commonwealth, who chose Liberal Deputy Minister of Marine and Fisheries Alexander Johnston (1867 – 1951) as its Canadian plenipotentiary.

Confusing mandates to the public’s detriment

In 1960, SOLAS was brought under the governance of a United Nations agency called the International Maritime Organization (IMO), whose chief responsibility is “the safety and security of shipping and the prevention of marine pollution by ships”. It seems the 1960 transaction is key to understanding the fence controversy because in it SOLAS, whose chief concern is safety at sea, was assimilated by an organization whose mandate emphasizes international shipping—i.e. the facilitation of trade—rather than public safety, international law enforcement or the prosecution of the so-called ‘War on Terror’.

“…SOLAS, whose chief concern is safety at sea, was assimilated by an organization whose mandate emphasizes international shipping—i.e. the facilitation of trade—rather than public safety…”

I’ll develop this claim further down, but I believe that the scope of the IMO’s mandate speaks to my point last week about the Port Authority’s own mandate, and I’d suggest that my point stands whether one looks at the local, national, or international level with respect to SOLAS. I’ll pose the question again: is the Port Authority not speaking beyond its own mandate, or at least not speaking clearly and explicitly to its own mandate, when it issues vague public statements about the need for this fence as a post-9/11 security measure?

In any event, SOLAS underwent a series of transformations from 1960 onward, which brings us to our second important date. The World Trade Center attack of 2001 provoked more amendments to SOLAS, adopted in 2002 and going into force on July 1, 2004. These amendments (known as Chapters XI-1 and XI-2) are where we find the International Ship and Port Facility Security (ISPS) Code.

The code and the protocol

The ISPS Code, as Fence-watchers have found out, is the international standard that ultimately governs the Port Authority’s security protocol, or, as the IMO calls it, “port facility security plan” (PFSP). Drafted in 2001-02 by the IMO’s Maritime Safety Committee and its Maritime Security Working Group (ISPS Code, iii), its first objective is to “establish an international framework involving co-operation between Contracting Governments, Government agencies, local administrations and the shipping and port industries to detect security threats and take preventive measures against security incidents affecting ships or port facilities used in international trade” (A 1.2.1; italics mine). It consists of two parts: a “mandatory” Part A, in which mandatory rules are prescribed for ships and ports, and a “recommendatory” Part B that offers guidelines for implementing and administering security plans.

What’s relevant for our purposes here is that the PFSP is built on a three-tiered “security level” system. That system seems to more or less correspond to the U.S. Coast Guard’s Marine Security (MARSEC) system. According to the Code, these three levels are:

Security level 1, normal: the level at which ships and port facilities normally operate.

Security level 2, heightened: the level applying for as long as there is a heightened risk of a security incident.

Security level 3, exceptional: the level applying for the period of time when there is the probable or imminent risk of a security incident.

It’s in relation to this system that St. John’s PFSP is constructed. In Transport Canada’s Maritime Transport Security Regulations, which implement the Code for port authorities, the Code’s security system is explicitly tied to MARSEC. It’s a bit of a slog to get through these documents—I wouldn’t say they’re an absorbing read, exactly—but I have to confess that so far I haven’t been able to find anything along the lines of “build a permanent fence” in any of them. The ISPS Code leaves it up to Contracting Governments to determine and/or approve security plans, and its wording appears to leave open a wide range of possibilities. “The content of each individual PFSP should vary,” according to B 16.1, “depending on the particular circumstances of the port facility, or facilities it covers.”

What’s more interesting to note, though, is that according to the IMO’s information database—which anyone can browse and search if they register for a public account—the St. John’s PFSP was last reviewed and approved on July 7, 2011. Its last Statement of Compliance, which must be signed off on by an official duly authorized by Transport Canada and verified by four others, was issued on January 12, 2012. These facts seem to support Transport Canada’s statement, issued to CBC’s On The Go, that it is “satisfied with the Port of St. John’s current security plan and did not instruct the port operator to erect new fencing.”

The question, then, is: what could have happened in the last 11 months to produce what Sean Hanrahan has more or less described as a crisis scenario with regard to the Port’s ISPS Code certification? Paul Barnes, the Canadian Association of Petroleum Producers’ (CAPP) Atlantic Manager, stated last week on On The Go that CAPP is also satisfied with the St. John’s PFSP. So what is going on that’s making the Port Authority talk about this initiative with such urgency? These and other questions are raised here, but for the sake of the reader’s patience, I want to move to my concluding points.

In all of this, what has really struck me, and what I’ve tried to point out, is the apparent scope of all the organizations in question: the IMO, Transport Canada, and the St. John’s Port Authority. In one way or another, each of their mandates with regard to security is concerned with trade. They are not law enforcement agencies and not primarily concerned with public safety. The IMO also states on its website that it doesn’t even keep a “black list” of “ports or flag States which are not in compliance” with the ISPS Code. Further, the consequences” of not complying with the Code appear to be commercial in nature. For example, as CAPP’s Paul Barnes indicated, if St. John’s was not certified, CAPP would likely take its business elsewhere. Why? It seems a lot depends on whether or not major actors in international trade, like the USA, observe security protocols zealously: if a ship leaves from a port that isn’t ISPS compliant, it may have trouble getting into a desirable port that requires stricter security.

In other words, I suspect that here we have an instance of commerce as a form of government and, politically, the citizens of St. John’s are collateral damage—for reasons that have yet to be established by the Port Authority. Everything seems to speak against the Port Authority’s claims here, yet they insist that this is an urgent matter that brooks no debate. So I have just one last question: who will be contracted to build that fence?

“Here we have a situation in which a small group of people presumes to limit the free movement of a much larger group of people, with an authority that it doesn’t appear to have, out of a necessity that hasn’t been established as real.”

At the end of the day, it seems as though this isn’t a story about an unsightly metal-and-plexiglass barrier. It appears to be a story about a group of people presuming to treat citizens like subjects—for whatever reasons—and claiming to have the authority to draw the line between those two categories, “citizen” and “subject”. Here we have a situation in which a small group of people presumes to limit the free movement of a much larger group of people, with an authority that it doesn’t appear to have, out of a necessity that hasn’t been established as real. That’s primarily what’s so offensive about this, and I’ll risk proposing that this should be viewed as a form of confinement. Not only will citizens be confined in their movement on the basis of what we may be forgiven for suspecting is a fiscal calculation—does it have to do with insurance premiums, for example?—that confinement is being presented as though it had the force of law behind it, or a police concern, or a public safety concern. The sense, which the Port Authority has not dispelled, that the fence project is likely about money makes the situation that much more galling: can you put a dollar value on future generations in St. John’s being able to walk along the waterfront with their loved ones? The wholly petty appearance of the Port Authority’s obstinacy here amplifies the insult. 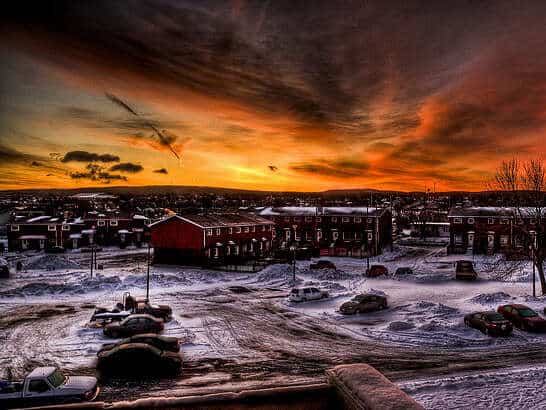 “It’s about time” (Part 3)
As Winter Solstice approaches, a look at the opportunities that lie ahead... 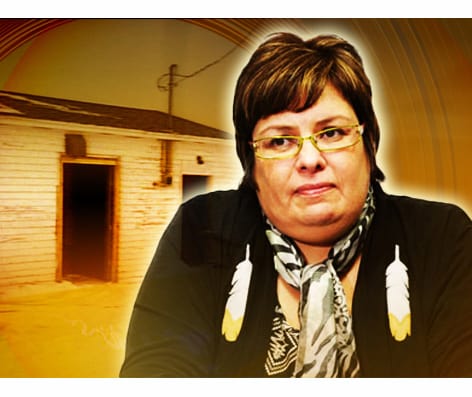 Sin and redemption
A tragic irony at Christmas time...