Filibusters aren’t the problem for women in politics

Minister Gerry Byrne’s recent comment that the filibuster served as a deterrent for women entering politics told only part of the story.

Women’s participation in politics has been in the news a lot lately. In the last six months we’ve seen Justin Trudeau “come out”as a feminist and institute Canada’s first federal parity cabinet. In the United States, Hillary Clinton has just become the Democratic presumptive nominee in the American presidential race, a historic first.

A special “type” of “women’s issue” has become more visible in politics as of late: the plight of politicians who are mothers. Catherine McKenna recently made the news when she announced her plans to eat supper with her family each night with her cellphone off, and more recently the Alberta provincial legislature has entered into the discussion as it works to adapt to the needs of two MLAs who are new mothers.

Just the other day in Newfoundland and Labrador, Corner Brook MHA Gerry Byrne took a lot of heat when he went on record complaining about the filibuster in the House of Assembly, claiming that it negatively affects women and is preventing them from entering politics.

Why this sudden focus on the needs of mothers? Shouldn’t we be talking about parents? There are plenty of dads who have been working in legislatures forever, so what’s the big deal? Surely parenthood isn’t a barrier to working in politics? Furthermore, is working at night really a problem for women? Don’t nurses work at night, and aren’t they mostly women?

There are a lot of issues coming together here.

Why would this be? Women aren’t legally prevented from entering politics, and women do actually work in the “regular” workforce, and in increasing numbers. In the United States, for example, women’s labour force participation went up from from 34 percent to 60 percent between 1950 and 1998. Canadian numbers are similar, with 58 percent of women in the workforce as of 2009. When we look at mothers specifically, even more of them are working: about 70 percent of mothers in the OECD are working in paid employment.

So if most women are working and it’s “normal” to see them in the workforce, why don’t we really see them in elected office?

There are a number of factors that come together and act as barriers to women’s participation, including cultural factors (stereotypes about “ideal” politicians, for example, and expectations that women will act as primary caregivers with extra responsibilities at home, socio-economic factors (mounting a campaign is expensive and women traditionally don’t have access to the kinds of resources required), and institutional factors (Canada’s Single Member Plurality electoral system, for example, and the localized nomination processes involved in party contests both work to hinder women’s participation).

Many women, including both Catherine McKenna and Hillary Clinton, as well as local politicians like Cathy Bennett and Sheilagh O’Leary, have managed to surpass those barriers and enter political office. There is no doubt, however, that their roles as parents have not stopped just because they’re working in politics, and it is beyond a doubt that the need to juggle parenting and being an elected representative has made their job harder than it would be if they were childless. (I should note: I say there is no doubt, and I am 100 percent certain I’m right, even though I have never actually spoken with any of them about this topic.)

There are a lot of aspects of the political job that make it inhospitable for parents, especially parents of young children. I have a book coming out in spring 2017 on the topic of parenthood and politics—co-edited with Melanee Thomas, a colleague of mine at the University of Calgary—and it brings together scholars from around the world to discuss the role of parenthood in a number of different aspects of politics, including its impact on public opinion and participation, media coverage of the issue, as well as the role of parenthood in the lives of legislators (both on the campaign trail and when in office).

Long hours outside of the “regular” workday, evening events, combined with very little control over one’s schedule make the job difficult when a representative has children at any age, but especially children who are not yet in school. Yes, this affects dads too, especially in today’s society where dads are expected more and more to be equal participants in the home. But there are still differences, and women are still disproportionately affected by the juggle. I’m sure Steve Kent, MHA for Mount Pearl North and clearly an involved dad (if you follow his twitter feed you’ll see his children are a big part of his life), would agree that he is lucky to have a partner at home being “default parent”to his three children, thus allowing him more flexibility in his political job.

Until we as a society value care and value work-life balance, and start to create legislation that puts these concerns front-and-centre…we are unlikely to widen the pool of candidates for political office.

Breastfeeding moms have had difficulty juggling their family and professional responsibilities, partly because of institutional rules in legislatures that prevent “strangers” from entering the House (yes, breastfeeding babies have been defined as “strangers” in some institutions) and/or prevent “refreshment” during committee work (yes, breast milk has been considered “refreshment” by some institutions). These moms have been told they could not breastfeed on the job, and not surprisingly, they don’t like it. Some say, “well can’t they just get childcare?” — and in some cases the answer is yes, but it is also the case that newborns are probably best off with their moms, especially if breastfeeding.

Unlike those who work a “regular” job and take a maternity leave for a few months or even a year, elected representatives don’t feel like they can really take a leave in the middle of a three to five year term in office. Who will represent the public while they’re at home struggling with the very demanding job of taking care of their tiny infant?

Fundamentally, holding public office is work. It’s a job. It’s a really tough job and it’s a special kind of job, a job that requires special kinds of workplace accommodations to make it accessible to all groups. Until we as a society value care and value work-life balance, and start to create legislation that puts these concerns front-and-centre (e.g. no night sittings in the House, childcare for politicians on site, as well as programs that benefit “the rest of us” like a publicly-funded national childcare system), we are unlikely to widen the pool of candidates for political office.

And I think we can all agree, having a legislature full of old white guys and nobody else is not really in the public’s interest.

So Byrne was right: all-night sittings aren’t great for women. But I would argue that this is not justification for curbing the democratic process. Opposition parties have certain tools at their disposal to highlight problems and force governments to justify their choices. The filibuster is one of those tools, and used correctly can benefit the legislative process. If members of the governing caucus are really concerned about women’s representation, I would encourage them to introduce legislation to that effect. There is lots to be done.

Amanda Bittner is an Associate Professor in the Department of Political Science at Memorial University. She specializes in public opinion and voting, and her main research interests include the role of knowledge and information on voters’ decisions, as well as the institutional and structural incentives affecting voting behaviour. Her forthcoming book is in the production process and will be available with UBC Press in 2017. Visit her website, www.amandabittner.com, for updates. 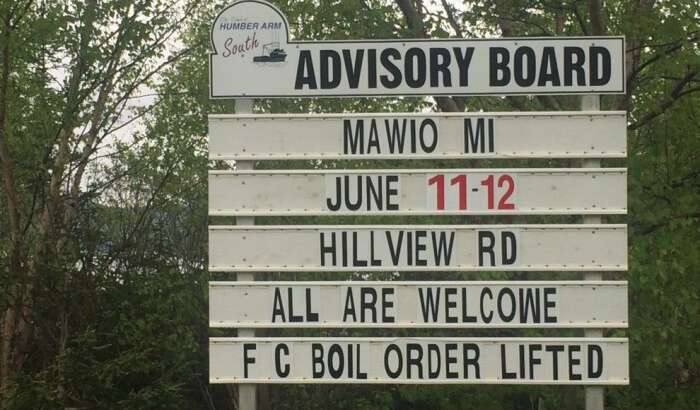 Inaugural Mi’kmaq event set for this weekend in Bay of Islands
The Elmastukwek Mawio'mi is a grassroots effort to revive an old Mi'kmaq tradition that involves people coming together and sharing in stories, music, food and…

The merchant days are over
"We need to stand together and show that we are more than the quaint people hanging clothes in tourist commercials."