Get Off The Fence!

With the St. John’s Port Authority under fire, its determination to fence the harbour has illuminated an otherwise opaque actor in city affairs. And its broader mandate may require greater flexibility than it’s been willing to show so far.

The Fence! Citizens don’t like it, City Hall is deciding whether to toss half a million dollars into it, and the St. John’s Port Authority insists it’s going up no matter what.

I’m not a legal expert, I just care about my city. Law is a very complex apparatus and it’s difficult to interpret. I invite corrections and clarifications about anything I’ve written, as well as answers to the questions I’ve posed. That’s how public discourse should work, and how citizens can understand collective problems together.

What is the St. John’s Port Authority?

The St. John’s Port Authority describes itself on its website as “the federal agency responsible for administering the port in St. John’s.”  What does it mean for it to be a federal agency? Is it a federal agency in the same sense as the Canada Revenue Agency or the Canadian International Development Agency? Interestingly, none of Canada’s 17 port authorities appear on the federal government’s list of Departments and Agencies, although you can find out that Transport Canada, which does appear on that list, oversees them.

The Port Authority is a shared-governance corporation incorporated by the Crown on May 1, 1999 pursuant to the Canada Marine Act of June 6, 1998, in letters patent issued by then-Minister of Transport David Collenette. The Act is “meant to … implement marine policies that provide Canada with the marine infrastructure that it needs and that offer effective support for the achievement of national, regional and local social and economic objectives and will promote and safeguard Canada’s competitiveness and trade objectives” (4 (a), italics mine).

What is a shared-governance corporation? According to the federal government, “shared-governance corporations include corporate entities without share capital for which Canada, either directly or through a Crown corporation, has a right, pursuant to statute, articles of incorporation, letters patent, by-law or any contractual agreement (including funding or contribution agreements) to appoint or nominate one or more voting members to the governing body” (italics mine).

Under the Act, a port authority is “incorporated for the purpose of operating the port in respect of which its letters patent are issued and, for that purpose and for the purposes of this Act, has the powers of a natural person” (28 (1)). It has the power to operate a port, “limited to the power to engage in … port activities relating to shipping, navigation, transportation of passengers and goods, handling of goods and storage of goods, to the extent that those activities are specified in the letters patent” (28 (2)(a)).  A port authority acts as a an “Agent of Her Majesty” (7 (1)) when it acts in accordance with Section 28 (2)(a), but it can also act independently, through wholly-owned subsidiaries (7 (2)(a)(b)). A port authority therefore appears to be a public-private hybrid, brought into being by the Crown through the Minister of Transport. Publicly tasked to operate commercial port activities, it is conditionally permitted to independently engage in commercial activities.

The St. John’s Port Authority’s mandate, according to the Treasury Board of Canada, is “to manage the marine infrastructure and services in a commercial manner that encourages and takes into account input from users and the community in which the port is located” (italics mine).

I have five questions at this point:

If the Port Authority’s mandate is commercial, how does it invoke “post-9/11″ security concerns? Has it not publicly spoken beyond its mandate, or at least not spoken clearly and explicitly to its mandate?

If the fence project is being carried out in relation to Industry Canada or ISPS standards, can’t we look at those standards and see whether it’s the only measure that will satisfy those standards? (This seems to be the immediate and central issue in the debate.)

Is the Port Authority not mistaken to represent itself as a “federal agency” at all, or even as a governmental agency for that matter?

It seems to me that here we have the minimum questions to be asked. But now we need to know: who exactly do we ask, and how can we ask them?

Who is the St. John’s Port Authority?

The letters patent state that the Port Authority is composed of a seven-person Board of Directors “responsible for the management of the activities of the Authority”.  The federal, provincial and municipal governments appoint one person apiece. The other four are appointed by the  “Governor in Council [i.e. the Governor General of Canada]”, having been “nominated by the Minister [of Transport] in consultation with the users selected by the Minister or the classes of users” (4.6). The Board of Directors may appoint a Chief Executive Officer who appears to lead a “management group … responsible for port operations”. Currently, the Board of Directors is composed of: Mr. Stephen Marshall (Chair), Mr. David Keating (Vice-Chair), Mr. Kevin Breen, Mr. Charlie Oliver, Mr. Russ Carrigan, Ms. Caron Hawco, and Mr. Michael Crosbie.

Who in the Port Authority actually authorizes its initiatives? The Board of Directors or the President/CEO, who the Treasury Board of Canada calls the “institutional head”?

If the Board of Directors is “responsible for the … activities of the Authority” itself, shouldn’t its members account for its activities to the public?

How does the Port Authority carry out its deliberations?

Who on the Board of Directors was nominated by the City of St. John’s? For that matter, who did the Province nominate?

What challenges may shape the debate?

One challenge is that the Port Authority’s duties are defined primarily in relation to the port’s “users”. “Port” is defined in the Canada Marine Act as “the navigable waters under the jurisdiction of a port authority and the real property and immovables  that the port authority manages, holds, or occupies as set out in the letters patent” (5), and “user” as “a person who makes commercial use of, or provides services at, that port” (5).  There are three classes of user:

Is the Port Authority then not responsible to citizens, despite its mandate?

Arguably, the citizens of St. John’s are represented as a stakeholder group by whomever the City nominated to the Board: at the very least, can’t citizens address the City of St. John’s about its nominee, and exercise some power in the Port Authority through the City?

Another challenge is that the port, which includes the harbour apron, is by law “federal real property” under the Federal Real Property and Federal Immovables Act (1991).  That means that, first, it is “real property”; that is, “land in any province other than Quebec, and land outside of Canada, including mines and minerals, and buildings, stuctures, improvements and other fixtures on, above or below the surface of the land”. “Federal real property” is “any real property belonging to Her Majesty, [including] any real property of which Her Majesty has the power to dispose”.

Any campaign to stop the Port Authority from building this fence therefore cannot claim the harbour apron as city property. Is it still public property, though? I’m not sure.  According to the Federal Real Property Act and the letters patent it belongs to the Crown and is entrusted to the Port Authority, but the Port Authority operates as a self-sufficient commercial enterprise according to its website. Yet recall the Port Authority’s mandate.  Does it not neglect, or at least misunderstand, its mandate by acting unilaterally and with little or no public consultation?

Citizens may have reason to hope for allies on the Board of Directors, however.  For example: Port Authority Director and Martek Morgen-Finch, Inc. CEO Charlie Oliver claims in his Martek bio that “[t]here is always a solution!!” and prides himself on having “out distanced many in solution discovery.”  So how about it, Charlie? Can the Port Authority engage citizens to discover a solution that works for everyone?

In the meantime, I hope we can continue this conversation.  It’s a fantastic opportunity for a public education initiative to inform ourselves about the structure and capacities of an increasingly important actor in civic affairs.  Activities like this are what make us into true citizens. We should all thank Taryn Sheppard for warning us about the fence over two months ago, and Allan Hawco for speaking so thoughtfully to the CBC last week: two true citizens. Now it’s time for the rest of us to pitch in.

The War of 2012
This year's War of 1812 commemorations may amount to nationalist pseudo-history, but don't laugh too hard. They are part of a more serious campaign: Stephen… 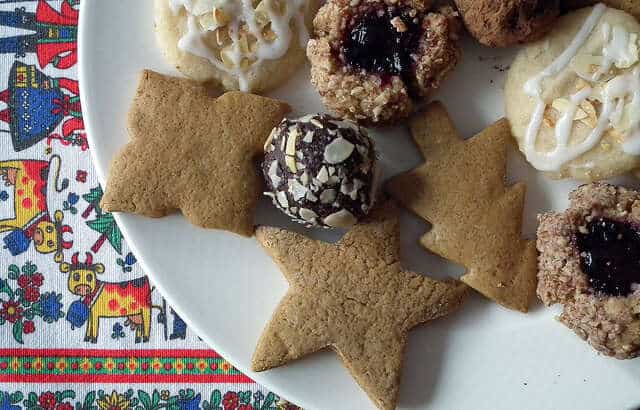 You’re a what?
This holiday season you’re bound to encounter a vegan or two at a dinner or function, so let’s explore what a vegan is and why…