How I remember Ron

“I will remember Ron’s strengths. His powerful way of making someone else feel accepted. His encouragement. His amazing ability to turn words into vivid mental pictures.”

“Do you have your license?”

He pulled over and got out. He opened the passenger door.

“The last time I was behind the wheel,” I told him, “I nearly killed two Nuns crossing the road in Placentia next to the convent.” He laughed.

So, I drove Ron’s little silver car all the way out the Cape Shore, while he sat in the passenger seat, singing away. I was mortified. The ups and downs, the bends and turns, the skinny roads, the fog. I thought, “Jesus, I am going to kill myself and Ron Hynes today.” I was driving too slow.

I did it. The sweat was pouring off me. And finally, I made it to Cape St. Mary’s to play a gig that I had no way to get to. Ron offered to drive me there. Little did I know I’d be driving. That was the last time I drove a car. I will never forget that kind of enabling by him. Nothing can’t be done.

Back when I smoked, Ron used to say “Cigarettes are a singer’s curse.” He never said “Give that up,” or tried to take away my cigarettes like my mother did when I was a teenager. Though in many ways, he was a Mother Hen.

At all the festivals and shows, he brought me straight to the snack tables and the dinners and the drinks. He let me follow him around from dog to devil. He took me everywhere. He introduced me to everyone. He put me on mainstages at festivals when nobody knew who I was and I wasn’t on the bill. He snuck me into song workshops and let me sing my own songs. I hung off of Ron. I was like one of those cats who try to steal your breath with him. I inhaled every word that came out of his mouth and couldn’t wait for the next one.

Ron Hynes did more for me than anyone ever did. I am blessed. Blessed to have known him and have him in my life. I am not the only one. This experience isn’t singular to me. If Ron liked a songwriter, he helped them, whether it be spreading the word of their talent far and wide or treating them like he treated me, or somewhere in between.

I believe it was 2001. Ron had accidentally double-booked himself at two substantial gigs, one in Ontario, and also at the East Coast Music Award Songwriter Circle. He chose to play the Ontario show and called me to say that he wrote a letter to the board of the ECMAs, saying that Colleen Power would be filling in for him. He sent me an email address to follow up, which I did. I got a response, thanking me for my email, stating that, unfortunately, there were already people who had registered for the Song Circle and were on a waitlist. I wouldn’t be filling in for Ron. I was disappointed. But I can guarantee you that Ron Hynes writing a letter to the ECMA Board of Directors with his seal of approval for me to replace him turned a few heads. And I am sure that me being asked to perform on the ECMA Awards show the following year was all because of Ron.

Back when I was 23 years old, I got sucked into the downtown music scene for better or for worse. I didn’t play an instrument. I didn’t write songs. I came to the weekly ‘Wom/men Jammin’ show at The Ship and started singing there a capella. I sang Irish and Placentia Bay songs. Guess who was in the audience one night? Yup. Ron Hynes.

A couple of years later, Ron approached me at The Ship and told me he wanted me to sing on 11:11, an album of songs he’d written with his wife, Connie. Little did I know of the snowball that would happen after that album came out.

I became known for Mary Got a Baby. Ron would get me out to perform it with him everywhere. I got calls from artists’ managers, one offering me trips to Nashville to record. I even got a call from my father, who had never, ever commented on my singing before. I picked up the phone and Dad said, “I heard you singing that song by that fellow, Hynes. Good job.”

That was the only compliment I ever received in my life from my dad on my singing. I also lived a large portion of the song Mary Got a Baby. Having gotten pregnant as a teenager in a small community, I felt it. I still can.

Since last Thursday, I have been trying to remember everything he said, looking through every box for pictures and through emails and messages because, like that Sheryl Crow song says, ‘I can’t cry anymore’. There are so many stories to share. So many anecdotes. Like the sound of Ron’s voice echoing in the little performer cabins at Stan Rogers Festival, calling to his dog Iris to “Get out of Valdy’s room!”

Ron played at The Ship for the last time on Oct. 16. He asked me to come sing and I did, as I did every time I could. So did his daughter, Lily. It was a special night. He played new songs. I still followed him around the bar like a puppy dog. It was just like always.

The last message from Ron was that I should come celebrate my birthday with him at his gig at The Ship. That was the plan. I was looking forward to singing with him, along with our friend Liz Solo and whoever else showed up. I thought, “Wow. this is the most perfect birthday present.”

Now, tomorrow night, on my birthday, I will go remember Ron, sing his songs and listen to others sing his songs. It’s the show-organizer and fellow Placentia Bay native Larry Foley’s birthday as well and we’d always spoken of doing a show on our birthday. But not this show.

Artists don’t have an easy life. We don’t. Ron didn’t. The expression “Suffer for your art” couldn’t ring truer now. What we leave behind is what will be remembered. Honestly, I never thought I would be frantically searching my mind for memories of my friend, hero and mentor so soon. So many lines of Ron’s have been running through my head.

This is for today: Perhaps the one who suffers most / Will be the one who grows to be the strongest.

I will remember Ron’s strengths. His powerful way of making someone else feel accepted. His encouragement. His amazing ability to turn words into vivid mental pictures. So much attention to detail. Him standing behind me, clamping my hand down on the guitar frets to get me to learn barre chords.

“This will be so much easier for you in the long run,” he said.

You cannot pay for that kind of education. And I was one of the lucky ones who didn’t have to.

Lots more of those lucky ones will be at The Ship to remember Ron tomorrow night, and sing his songs at what would have been his show.

I will always love you, Ron Hynes. I’ll see you at the gig.

Colleen Power is a musician and news producer at CHMR-FM in St. John’s. Click here for info about the Nov. 26 memorial show for Ron Hynes at The Ship. 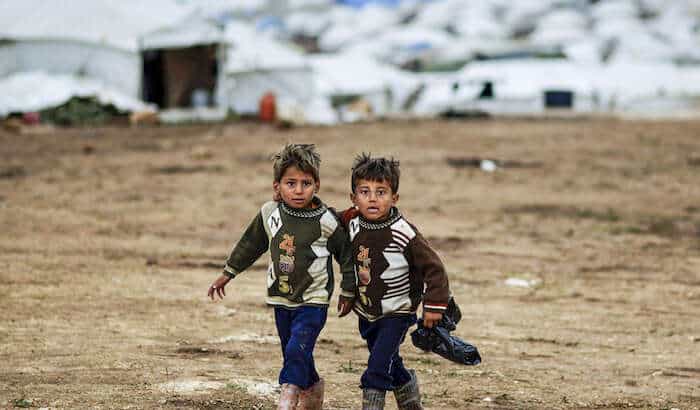 (Election) Time for real action on racism
With barely a week left to the provincial election, will the parties have the courage to integrate anti-racism into their platforms?

The cost of living simply
Homesteading sounds like a wonderful lifestyle, but it is also utterly unattainable for many in Newfoundland and Labrador who are working low-wage jobs and lack…