Mulcair’s exit is an opportunity, not a solution

The federal NDP has voted to replace Thomas Mulcair, creating an opportunity to elect a bolder, more charismatic leader that could lift the party to new heights.

At the federal NDP convention in Edmonton over the weekend, party leader Thomas Mulcair lost a vote on his continued leadership, with 52 percent of the NDP delegates voting in favour of a leadership review.

My personal trajectory on the issue was that I was against Mulcair from the start, but then watched him engage in passionate, principled defense of progressive ideals enough that I was endeared. He cares, and it’s genuine. He has principle and won’t back down. Even when the costs are great.

However, while the pundits and people seem to agree that blame rests on Mulcair, the reality is a tough pill to swallow. Many hurdles await the NDP, regardless of who is in charge.

Mulcair’s NDP was left of Trudeau

While the standard narrative today is that Trudeau outflanked Mulcair on the left, the objective reality is otherwise. Trudeau argued against childcare, argued against a raise in the minimum wage, argued against universal pharmacare, gave his support for the TPP, and predominantly sided with the conservatives on numerous topics. He stood right of Mulcair on almost every issue in live debates and interviews, with a notable exception on higher taxes for the wealthy.

Where Mulcair failed was in conveying that leftist message. And let me be frank — he did fumble immensely at times.

When giving a speech about the party’s stance on marijuana, he said the NDP would decriminalize immediately upon entering office. This is the official party line, of course, but when asked about legalization he seemed to dodge and double down on decriminalization. Trudeau, however, boldly proclaimed support for legalization.

To the casual observer, it seemed like Trudeau was taking the more pot-friendly stance. However, decriminalization would have saved numerous people from jail terms immediately, and Trudeau now claims to be unable to legalize marijuana due to global treaties and has spoken out against decriminalization, leaving many to face jail time on ridiculous marijuana-related charges.

Similarly, Mulcair’s hammering home about balanced budgets struck a bad chord with worried people. So even though there is nothing inherently leftist about running a deficit (Stephen Harper did so for most of his terms in office) Trudeau did get to come out sounding like the one more willing to make sacrifices for ordinary people. Even if the reality is that the biggest chunk of Trudeau’s first deficit was for a tax cut to people who didn’t need it, predominantly benefiting those making between $100-200k a year—more than anyone most of us would consider “middle class”—people making under $44,700 a year will see no tax break, while more than undoing the good of their tax hike on the wealthy.

You could blame voters for not looking into things enough, or being clever enough, but that would be futile. It’s up to the party and the leader to communicate its vision, clearly, to the voters. And on that, Mulcair was not adept enough to win them the election, even with a more progressive, change-oriented plan.

The media ignores or despises leftists

Even when the NDP occupied the role of Official Opposition they were relegated to third mention on many CBC and Canadian news articles. Even when the bodies of articles reflected the correct order (Governing Party, Official Opposition, Third Party), the headlines often placed the Liberals first. Whenever Mulcair did make it into the headlines, it was usually accompanied by an embarrassing photo and an unsympathetic point of view.

But if you wish to blame it on Mulcair, think again. While Jack Layton is almost canonized these days, for most of his tenure as leader of the NDP he was treated as a joke by Canadian media. Often literally, as Rick Mercer frequently made fun of Layton’s centrist position and the party’s lack of a chance.

In the U.K. and U.S., leftist candidates like Bernie Sanders (the Vermont senator running for the Democratic nomination) and Jeremy Corbyn (Leader of the Labour Party) face similar opposition from mainstream news. But they found a way around that, circumventing the much dislike but powerful corporate media and invigorating the people to build strong grassroots movements against the odds.

Traditional Canadian media never let go of their Liberal-Conservative dichotomy, and they are doting upon our Trudeau dynasty with a passion. If the NDP is going to challenge the politically-adept leadership of the Liberal Party, it is going to need to excel at this.

What the NDP needs is a socialist firebrand.

There’s now less than four years until the next election, which is little time to build a leader’s brand in the public eye.

What the NDP needs is a socialist firebrand.

If the NDP hopes to turn things around, it needs a leader that energizes the youth vote, that gives people hope and a vision for a better tomorrow. They need someone that is not only principled and at least a bit radical, but who can pragmatically get folks to show up to rallies in record numbers and spread their vision on social media. They need someone with a strong history of standing up for the average Canadian, and someone who isn’t afraid to show off their voting and protesting record.

Easier said than done, though.

Whether the NDP even has such a leader waiting in the wings is yet to be seen, let alone if they’ll acknowledge and raise them up to that position. Stephen Lewis gave a rousing, leftist speech that proudly declared his commitment to socialism, challenged Trudeau and Mulcair’s stances on issues from climate change to the Saudi Arms deal to faux-feminism. And it earned him standing ovations. Yet, at 78, it was a speech considered to be his “last hurrah”.

Mulcair wasn’t the firebrand to lead an invigorated leftist movement. He was dedicated and hardworking, but he wasn’t as charismatic and didn’t appeal to the grassroots as he needed to. In another time, in elections gone past, a leftist who spoke with such capable, conventional rhetoric would’ve excelled. But not now.

So while everyone who campaigned and spoke out against a vote for Mulcair at this conference has a win, the gritty, nasty truth is that this hasn’t solved any problems. It has, however, created an opportunity — an opportunity for the party to find someone that can be that leader, to reach out across social media, to gather a youth movement, and join in the western revitalization of the word “socialism”. 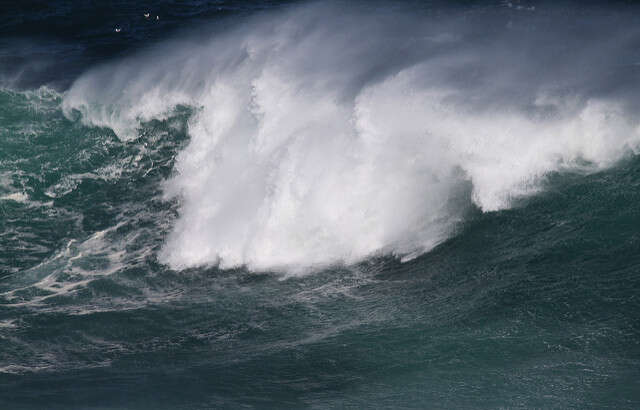 As the wave breaks: NL budget 2016
Solidarity is our only weapon against austerity. 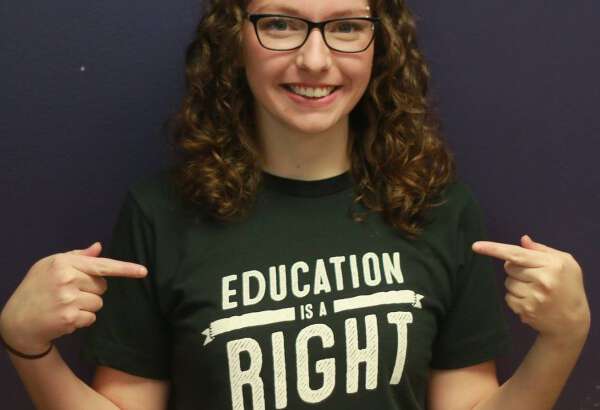 Keep post-secondary education accessible: students
University and college students in Newfoundland and Labrador are taking to social media ahead of provincial budget to make case for well-funded higher learning.