New RNC recruitment ad is like a trailer without a movie. So…let’s create a movie for this trailer. [SATIRE]

Well it’s finally here — the long-awaited blockbuster of the season.

Red B’ys Rising, the action thriller filmed right here in Newfoundland and Labrador, is now out, and is producing mixed reactions. You can check out the trailer right here (I recommend you do so before reading this review):

If you haven’t yet seen it, the plot is a timeless one, with a Newfoundland twist. A gang of mercenaries and North Korean terrorists plot to take over the Island of Newfoundland in order to establish a beach-head as part of an invasion of the North American continent. They launch their invasion disguised as RNC police officers and recruits, striking simultaneously by land and sea. The hapless capital city of St. John’s quickly falls to the Commie menace; fishing rods and scruncheons are no match for the terrorists’ body armour and advanced weapons technology. The North Korean terrorists move swiftly to consolidate control, doing what Communists have always done: closing down the university and rounding up the intelligentsia to prevent any organized resistance. The occupation force storms the university, deploying two lone terrorists on horseback to requisition supplies and moose burgers on George Street.

The attack is swift and almost entirely successful: with one hitch. Jake Doyle (played by Allan Hawco), who’s at the QEII Library doing research for a new mini-series (an adaptation of Dostoyevsky’s War and Peace set in the Goulds), manages to elude the terrorists and escapes into the woods. The terrorists pursue him relentlessly, tracking him through bog and stream with hunting dogs deep into the wild forests of Pippy Park. Just when we think all is lost, however, a freak blizzard strikes, overwhelming the terrorists and their hunting-dogs, and Doyle escapes on a snowmobile.

As Doyle sets about organizing a resistance against the Communist occupation, the action then shifts to show us the softer side of the black-armoured red menace. A budding romance has arisen between two of the terrorists (we saw hints of this as they were riding on horseback down George Street). As the occupation’s reign of terror is consolidated, the two terrorists take advantage of the interlude to go on a cycling tour around the bay. While having a lighthouse picnic, romance blossoms on the cliffs of Ferryland.

After a steamy sex scene, the two terrorists decide they’ve had enough of world domination and would rather settle down in a nice cabin somewhere near Deep Bight and grow potatoes. Their plans will have to wait, however: someone has stolen their bicycles! After searching fruitlessly, they discover the true meaning of Newfoundland hospitality: despite the repressive invasion a local fisherman takes pity on them and lassos two wild horses for them to ride back to town. Truly lamenting their ruthless invasion, they commit to making up for the error of their ways, and, after a quick screech-in, off they ride, back to town.

Meanwhile, Doyle has been organizing a resistance army in the woods. The action sequences during this segment of the film are superb. In one scene, Doyle is ambushed by terrorists (again with hunting-dogs) while out picking blueberries for his resistance army. Just when we think all is lost, Doyle calls on the spirit of Joey Smallwood, and in a scene worthy of Avatar a rogue bull moose appears, scattering the terrorists. Doyle leaps on the back of the moose and they gallop into the woods – and safety.

In another scene reminiscent of Rob Roy or Braveheart, Doyle awakes one morning out on the Barrens to find himself surrounded by a squad of Commie terrorists that’s been hunting him. They close in, shields locked, inching closer step by step through the fog. But by now his weeks of training in the woods has hardened him up, and he dispatches the entire helmeted, armoured squad of terrorists; armed only with an Ugly Stick and a pot of nan’s blueberry jam.

In his efforts to recruit resistance fighters, he’s received the unlikely aid of Newfoundland’s secretive, fabled ninja army. They take Doyle under their wing, and Ninja Grand Master Leo Crockwell trains Doyle in the greatest of Newfoundland ninja arts: The Way of the Back Door.

Now the film moves toward its dramatic denouement, as the various plot threads come together. The two Commie terrorist love-birds make contact with a secret underground group of hackers and manage to break into the North Koreans’ communications infrastructure, seeking to disable their militarized drones. While the Irish Descendants distract the terrorists by challenging them to a poutine-eating contest at Smoke’s Poutinerie, the hackers and Commie double-agents dismantle the terrorists’ computer systems. Then the Irish Descendants lead an uprising on George Street which the terrorists, too stuffed by triple pork poutine with extra double-smoked bacon, and without the aid of their automated drones, are unable to resist.

But the action is not over yet. The ruthless and vengeful Commie leader, with the last squad of heavily armed terrorists, has tracked Doyle and his crew down to the clapboard house in Airport Heights they’re using as a headquarters. They prepare to attack, and this is the moment of truth for Doyle, who must draw on the secret ninja training he received from Crockwell. SPOILERS ALERT: he doesn’t disappoint. As the terrorists fill the house with seawater in an effort to drown him, he slips out the back door and strolls up the road. When the terrorists run out of water and storm the house (in a complicated sub-plot, a divided St. John’s City Council eventually voted to ban terrorist efforts to use the municipal watershed for world domination, although they did grant the terrorists permission to bypass heritage regulations), they discover Doyle is no longer there! Then Doyle’s ninja army surrounds the house and, in a scene evocative of The Hunger Games, they use arrows dipped in deadly partridgeberry jam to dispatch the terrorists.

Great action, but the messaging is problematic

It’s an entertaining movie, and beautifully filmed. The only criticism I have is the use of RNC uniforms by the terrorists. Call me old-fashioned, but I think police uniforms are something that ought to be respected. Seeing characters in police uniforms running around like a gang of repressive violent terrorists, yelling and screaming, toting military gear and storming houses, really risks undermining our faith and trust in the police. For our justice system to work, it’s vital that police officers have the public trust of our communities. Seeing people in uniform running amok like this does a great discredit to the uniform and to the public trust in which our police force is meant to be held.

I’m all for artistic freedom, but if you ask me the directors and producers of this film ought to have thought a lot more deeply about the damage they’ll do real police officers by using their uniforms in entertaining, yet ultimately cheap trash action dramas like this one. 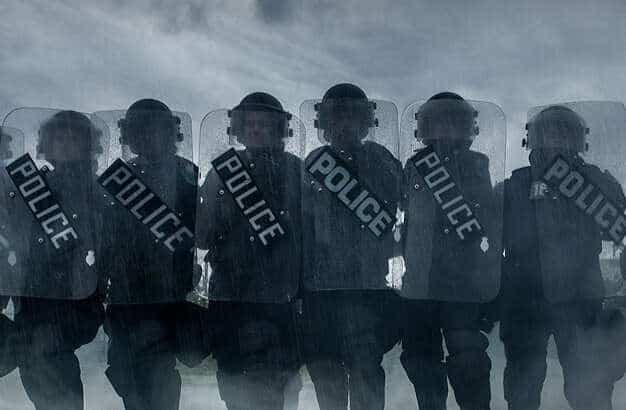 RNC have lost the plot
Who are the Royal Newfoundland Constabulary trying to recruit with their new video? How well do they understand the community? 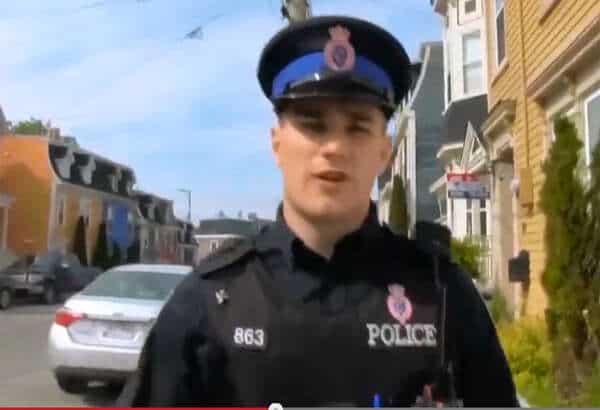