Looking at the election platforms of our three major parties, it becomes clear there are issues that the politicians don’t want to talk about. Unfortunately, they are precisely the issues that most affect the livelihoods of Canadians.

There is near silence on what is probably the number one problem facing young people today — finding a decent job.

According to a 2015 report by theCanadian Labour Congress, “nearly three quarters of the jobs created in Canada over the past six years have been precarious —- part-time, temporary, or in the self-employed sector,” and upward of “a million Canadians have to work multiple jobs just to make ends meet.”

Canadian Association of University Teachers President Robin Vose said last year that the fact that more than one third of post-secondary instructional staff are now casual labourers “is a societal problem.”

A 2014 report published by the Ontario Society of Professional Engineers found that “only about 30 per cent of employed individuals in Ontario who held a Bachelor’s degree or higher in engineering were working as engineers or engineering managers.”

As for unemployment, Statistics Canada reported that at the end of 2014 for every job vacancy in Canada there were five people looking for work.

Could the root causes of our increasingly dismal employment landscape have something to do with another issue our three major parties are choosing to ignore?

Free trade and the loss of local jobs

The best example of how free trade has led to job losses comes from the automobile industry.

Back in 1965 Canada and the U.S. negotiated a free trade deal called the Canada—United States Automotive Products Agreement, a central and highly successful tenet of which was that automotive production levels be proportionally maintained in Canada. By 1980 the “Auto Pact” was responsible for the creation of 100,000 automotive jobs in Canada and at least as many more in supporting industries.

Everything changed with the 1994 North American Free Trade Agreement. NAFTA allowed cars produced in Mexico—where labour costs were much lower—to be sold in Canada free of import taxes or tariffs. Gone was the proviso that production levels had to be maintained in Canada. Delighted auto manufacturers began closing their Canadian plants and relocating to Mexico where they could earn bigger profits.

The massive Trans Pacific Partnership (TPP) currently being negotiated with Pacific Rim countries and will further pressure both Canada the U.S. to open up tariff-free markets for car imports. If North American car producers relocate as a result of the increased competition these cheaper imports will create, the economic impact would be severe. Automotive sales—almost entirely to the U.S.—are still our second biggest export, after oil.

Of course, Canada’s automobile industry isn’t the only one that has been hit hard by tariff reduction. Unable to compete with cheap imports, a significant number of Canadian manufacturing and hi-tech companies have either shut down or relocated abroad.

Attempts to build new industries to replace those that have disappeared are proving difficult for governments. When Ontario put a feed-in tariff on wind projects that didn’t have a 25 per cent made-in-Ontario component, the WTO sided with the EU and Japan by ruling these tariffs were unfair. Government intervention in the marketplace to help stimulate job and industry growth doesn’t fit with mainstream economics’ neoliberal obsession with free trade.

This suggests we could be stuck for a long time with our present “competitive advantage” in the new global economy — oil. Oil may be good for the big fossil fuel companies and their supporters but the trickle down effect is minimal. All combined, in 2014 fishing, mining, quarrying, oil and gas employedonly 2 out of every 100 Canadian workers.

So, if Canadian workers and local businesses are suffering under free trade, why aren’t we talking about it? Could it be that those who are profiting don’t want any discussion to emerge?

The use of trade agreements to increase corporate power

Today, this is an erroneous assumption, given so many national companies have morphed into international corporations with no allegiance to the countries that spawned them, protected them or helped them develop. Instead, their priority is to maximize profits and growth. In trade agreements they have found the perfect tool to achieve these ends.

Since 2006 Canada has concluded trade agreements with 39 countries. All are binding contracts that will expand the power of transnational corporations and straightjacket the ability of governments to regulate them long into the future.

Comprehensive Economic Trade Agreement (CETA): Under CETA, unless a specific exemption has been made in the agreement, municipalities will not be able to favour local companies, goods or workers when making purchases over $340,000. (That’s about the price of one bus.) CETA will also disallow long-standing policies that protect rural jobs, like our province’s minimum processing requirements in the fishing industry.

Check out this video recently released to coincide with the September Transatlantic Days of Action against CETA, the trade deal between Canada and the European Union.

Trans-Pacific Partnership (TPP): The TPP agreement may force Canada to abandon its supply management policy which protects egg, milk and poultry producers by imposing high tariffs on imports. That could very quickly destroy a productive industry in our province.

As with NAFTA, the ‘corporate-friendly’ investor-state sections of these agreements give corporate investors the right to sue governments in special tribunals. I say “corporate-friendly” because the agreements are written by a small group of trade lawyers that work both sides of the fence, sometimes negotiating for governments and sometimes defending the interests of corporations in lawsuits. This conflict of interest appears not to bother our government.

The trade deals that are shifting power from governments to corporations have been incremental in intent. In the 20th century it was the unconstrained abolition of tariffs and the gift to corporations of the right to sue in offshore courts. Recent agreements take away our right to favour local economies — an amazing concession.

But the biggest corporate coup may be yet to come. If the highly secretive TISA agreement gets accepted, the blow to our public services and the steady jobs that come with that will be enormous.

With the exception of Elizabeth May, our politicians apparently remain unconcerned. In spite of the job insecurity it has produced, both the Liberals and the NDP seem to have acquiesced to the Harper Government’s euphoric promotion of global corporate empire through trade concessions. They do this largely by choosing not to talk about the issues.

Meanwhile, civil society groups like the Council of Canadians and the Canadian Centre for Policy Alternatives continue to alert us to all that’s at stake. In essence their message is not complicated: If we, the 99 per cent, want to hold onto the benefits—both economic and political—that unions and workers fought so hard for over the past two centuries, we need to reclaim democracy from parties captured by ideologues and back room corporate lobbyists.

Reclaiming democracy will bea big task, but the first step is to vote the Harper Government out of office. Now is not a good time to be disengaged from politics.

For more information on how free trade agreements affect Canada, visit Citizens Against CETA or the St. John’s chapter of the Council of Canadians. 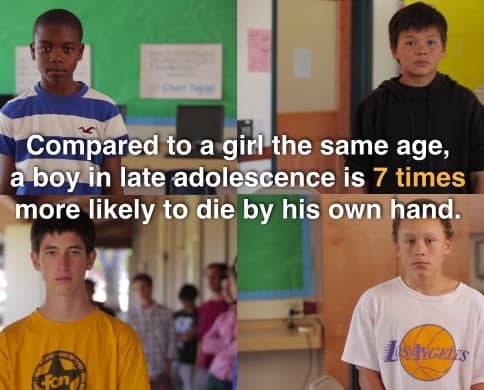 Our definition of ‘man’ is hurting men
Society’s definition of masculinity is harmful and dehumanizing --- and we need to change it. 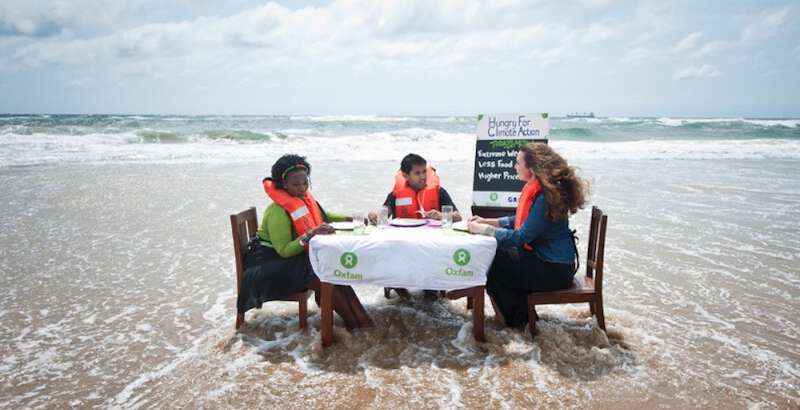 Gwynne Dyer was right: climate change is making us sick and desperate
As the planet continues to warm, climate change is posing a growing threat to human health and global insecurity, as the Newfoundland author wrote in…